Kawah Buku > History > Southeast Asia > A Chance of a Lifetime: Lee Kuan Yew and the Physical Transformation of Singapore
Out of stock 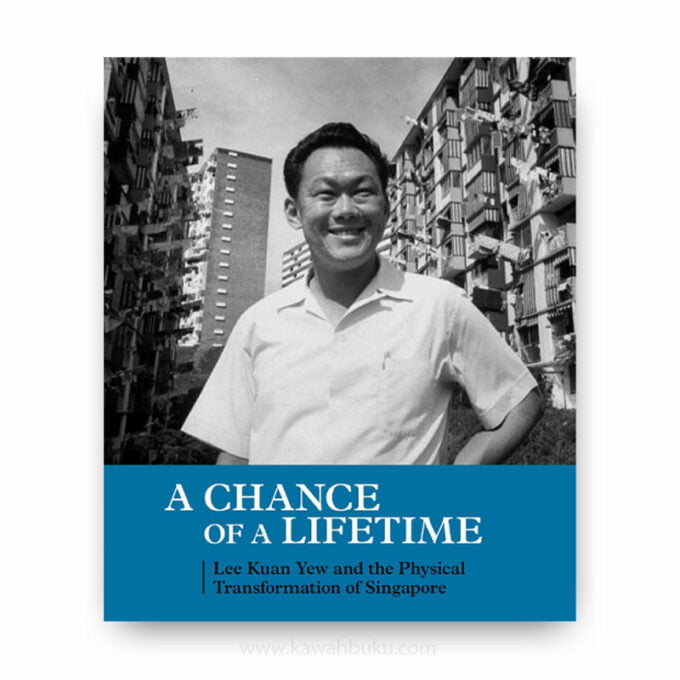 A Chance of a Lifetime: Lee Kuan Yew and the Physical Transformation of Singapore

A Chance of a Lifetime: Lee Kuan Yew and the Physical Transformation of Singapore explores Lee’s pivotal role in Singapore’s urban development during his years as prime minister from 1959 to 1990. Also recognizes Lee’s achievements from the standpoint of Singapore’s 50th anniversary of independence and looks forward to challenges that the city-state might encounter over the next 50 years. The book is broken up into the four main components of Singapore’s urban development: planning, housing, greening and water management. Each of these factors has been key in helping create modern Singapore. There is also a chapter that discusses the transformational challenges for Singapore, and the world, over the next 50 years. Singapore’s small land size and lack of hinterland meant that it had to strategize to solve issues that other countries are only starting to face now, making Singapore a leader in areas such as vertical greenery and water reclamation. Featuring the Centre for Liveable Cities 2012 interview with Lee and rarely seen archival images of Singapore’s transformation from mudflat to metropolis.

This commemorative publication is a contribution to the larger effort of documentation around the SG50 year of 2015, to record and recognise Lee’s achievements as well as to mark Singapore’s 50th year of independence while looking ahead to the next 50 years. The book is based on the conference proceedings and summarises the remarks of the main speakers and respondents while retaining their voices as far as possible in keeping with the content and spirit of the discussions that took place. The chapters are structured to reflect the conference sessions in line with the main themes of urban planning, housing, greening, water management and future challenges. The images used to illustrate Singapore’s journey from its rural beginnings to a modern metropolis include never-before-published pictures from the internal archives of agencies such as the Urban Redevelopment Authority (URA), National Parks Board (NParks), Housing & Development Board (HDB) and Public Utilities Board (PUB). Other images have been drawn from the National] Archives and the Singapore Press Holdings archive.

The reference to ‘a chance of a lifetime’ in the book title is drawn verbatim from a remark by Lee in a conversation that he had with CLC Chairman Liu Thai Ker in 2012, in which Lee described the opportunity in the 1960s to redevelop Singapore as a once-in-a-lifetime occasion to plan, steer and coordinate the building and redevelopment of an entire country. There is hope that some of that pioneering passion and sense of mission has been captured in this book, and that it will be useful for all those who strive to keep Singapore liveable through innovative enhancements to our living environment.

CLEAN, BEAUTIFUL AND EQUAL
Planning of a City-state