Kawah Buku > Biography and Autobiography > A Doctor in the House: The Memoirs of Tun Dr Mahathir Mohamad
Out of stock 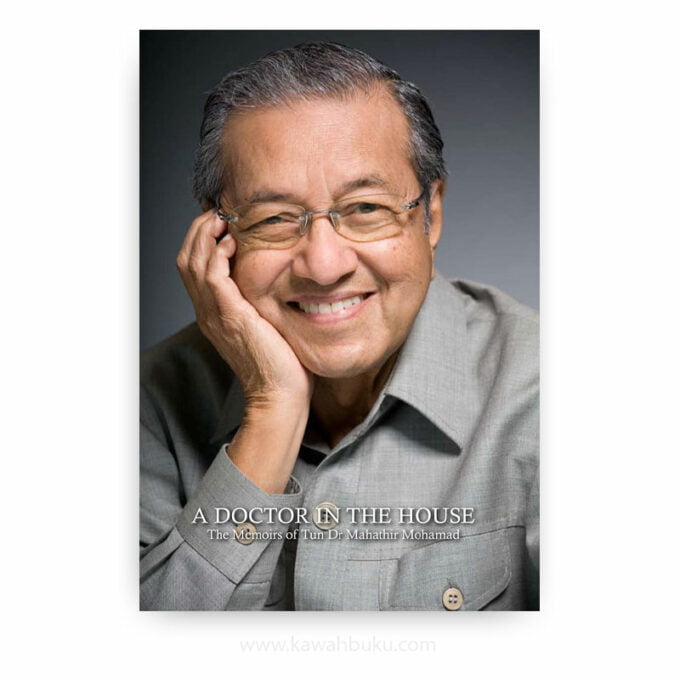 A Doctor in the House: The Memoirs of Tun Dr Mahathir Mohamad

If you purchase this book you will earn 12-20 reward points!

A Doctor in the House: The Memoirs of Tun Dr Mahathir Mohamad is an impressive study of modern political history, which contains crucial insights for people interested in the formation of Malaysia’s current policy line. The author of this book is Malaysia’s longest-serving prime minister, from 1981 to 2003. He became the symbol of successful bargaining with great powers, with his critically engaging approach to world politics.

The book has an interesting analysis of the Malayan Emergency (1948-1960), a conflict where anticolonial and anti-Japanese radicalism was mixed with Communist insurgency and ethnic (Chinese) loyalty. The author reveals the way common resistance to the Japanese kept various forces together, and how the surrender of Japan on August 16, 1945, created a new situation in which ethnicity, domestic ideology, and attitude toward British rule suddenly created dividing lines that were soon framed within the logic of global cold war between Communists and anti-Communists.

The description of the laws and institutions of the Malayan Emergency, such as the Internal Security Act, is especially illuminating. It shows, perhaps unintentionally, many of the mechanisms by which elitist colonial rules of politics are passed on to postcolonial polities. Furthermore, Mahathir’s analysis of how the colonial masters sought an ethnic-based alliance with Malay movements against the Communist movement that were dominated by people of Chinese and Indian ethnic origin clearly shows how colonial practices of governance laid down some of the foundations for ethnic politics in the future Malaya and Malaysia. Mahathir’s analysis also shows how difficult it was to then undo this mixing of ethnic and ideological alliances.

Mahathir’s book also illustrates the conflicts related to the formation of Malaysia as a federation on September 16, 1963. The first of the disputes were between Singapore and Kuala Lumpur, while the other, the Malaysian Confrontation, was between Malaysia and Indonesia, Brunei, and the Philippines.

The other conflict, the Malaysian Confrontation, was related to the establishment of Malaysia and was international in nature. The Philippines was not enthusiastic about Malaysia due to Malaysia’s claim of Sabah in Northern Borneo, which was to be included in the new federation. Indonesia again, according to Mahathir, might have viewed the entire territory of the island of Borneo as a supplement to its province of Kalimantan. This is obviously an interpretation that Indonesia’s President Sukarno rejected at the time. In this part of the book, the author appears clearly as an actor in, rather than a neutral observer of, the conflict; however, in this role, he is very informative about the perceptions and preferences of the Malaysian political elite at the time.

Mahathir also analyzes the domestic ethnic opposition of the Malaysian merger and presents an interesting analysis of how Indonesia’s aggression again helped Malaysian unity. Even those originally opposed to the merger were in agreement that joining Malaysia was a better option than joining Indonesia.

Mahathir’s account of these ideological and ethnic alliances and their relationship to concrete economic and political grievances consists of analysis and personal reflection. Thus, the book is interesting both as research material on perceptions of an influential politician, and as a study. However, the book is also interesting for those who want to know-how knowledge and politics interact in Malaysia. Mahathir’s analysis is not merely a scholarly account or a personal reflection, but also a reflection of the political elite’s need to create truths and realities for Malaysian politics