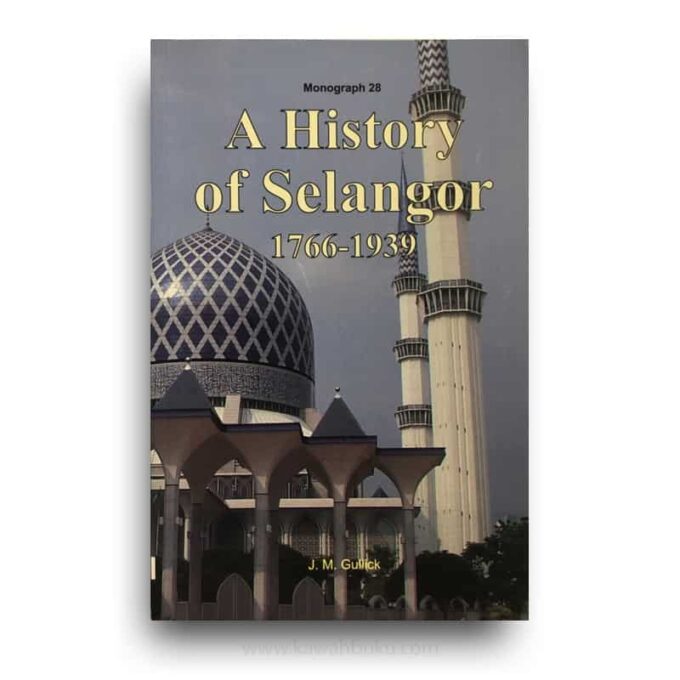 JOHN MICHAEL GULLICK (b. Feb 1916 – d. April 2002) was born into an affluent Bristol family whose circumstances were altered later by the slump in 1932. Having won a free place at Taunton, a boarding school in Somerset, Gullick’s scholarly inclinations became distinctly apparent when he was awarded an open scholarship to Christ’s College, Cambridge from which he emerged in 1938 with a Double First in Classics. Gullick joined the Colonial Administrative Service in 1939 and after the war found himself transferred to the Malayan Civil Service in which he would serve for the next decade or so of his long and eventful life. Gullick joined the MBRAS in 1947 and sat on its Council in the 1950s before finally becoming one of its International Advisory Board members and the MBRAS’s representative in the United Kingdom.

John Gullick in his important new A History Of Selangor (1766-1939) builds on his previous research and writing, with particular emphasis on how the immigrant community developed agriculture in Selangor and made it their home, and takes the story up to 1939. From the establishment of the dynasty in the eighteenth century through the dramatic colonial impact of the nineteenth century, and up the eve of the Pacific War in the twentieth country, Selangor was important in its own right and later a centre of European Control.

John Gullick looks at the indigenous dynamic in response to these changes which is a much needed complement to the political accounts of the same period. Near the end of the twentieth century, with 40 years of Merdeka accomplished, Selangor and within in the Federal Territory of Kuala Lumpur, are central to Malaysia’s development. For an understanding of the earlier processes that led to this, historians will be in the debt of John Gullick for his research and interpretation of Selangor history.

This book is entitled ‘A’ not ‘The’ History of Selangor, as there are several different lines of approach to the subject according to the views of the historian as to what aspects and topics are most important. Over the past century and a half there has been a substantial output, both in Malay and in English, much of it of high quality. This writing relates either to Selangor history as such, or to connected topics such as the Bugis ascendancy or British relations (before assuming control) with Selangor as an independent state.

In A History Of Selangor (1766-1939), the emphasis has generally been on dynastic affairs, the power struggle arising from them, on commercial relations between Straits Settlements merchants, Chinese and European, with an area which produced substantial quantities of tin with capital borrowed from the Straits Settlements, and on the events leading up to outright British intervention in 1874. In various places in this study the author, especially at the commencement of chapters, has reviewed and acknowledged his debt to earlier research and writing on the relevant topic.

In two respects the present study seeks to widen the field of view. First, there is an account of the unobtrusive efforts of immigrants to make a home in Selangor, and to develop a livelihood in agriculture and, to some extent, in trade and mining. In this fashion new rural communities took root in areas of Selangor which had previously been only sparsely settled if at all. It is a story of achievement by humble people, which was a major contribution to making Selangor what it has become.

Secondly, this history extends its period of coverage to take in Selangor down to 1939. That date has been chosen as the end of the pre-war era. Thereafter the war and the Japanese occupation (1942-1945) made an interruption between ‘history’ before living memory and ‘modern times’.

In carrying the story through the period when colonial rule seemed firmly based (from 1945 it was packing its bags to go), the historian has the advantage of being able to draw on a considerable quantity of archives, the working records of bureaucratic government. On the other hand the use of such source material creates the risk that they will impose an alien view of what happened and what mattered, which has been dubbed ‘colonial records history’.