Kawah Buku > Literature > Dictionary > A Malay-English Dictionary
Out of stock 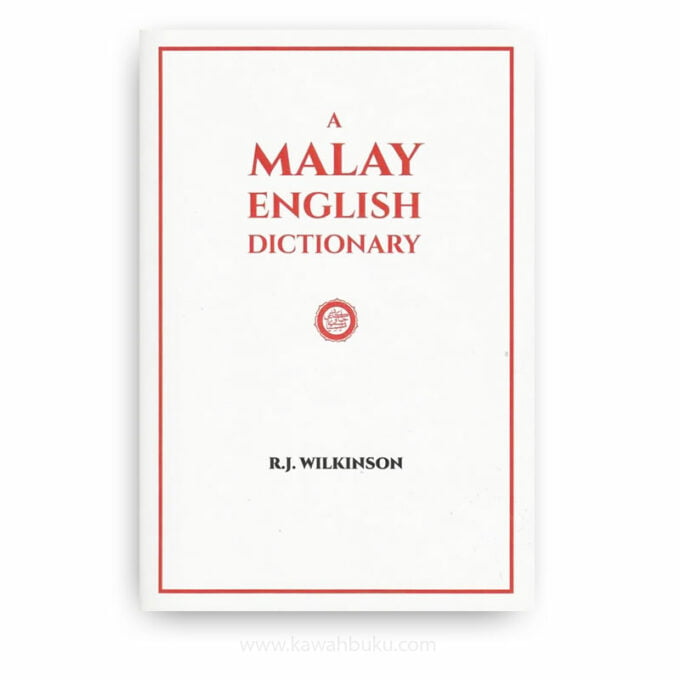 A Malay-English Dictionary is an authoritative volume of Malay-English lexicography compiled by R. J. Wilkinson published in 1901. According to the author, this volume confines itself to the Malay of literature and to the colloquial of the two principal dialects spoken in the Straits Settlements. It is not written for the beginner, nor is it encyclopedic enough for the specialist. It does not deal exhaustively with any single branch of Malay research, but it will be found useful in advanced studies of a general character, in the interpretation of documents, and in giving more precision generally to translations in Courts of Law.

It is often thought that the merits of a Malay Dictionary are to be measured by the number of new words that it contains. This is a somewhat narrow view of the matter. A few common words and expressions have doubtless been accidentally omitted in the excellent works of the Dutch lexicographers, but the average “new word” only owes its novelty to its limited use and range. A story is related of a local student who was delighted to discover a term so rare that it was confined to folklore about the otter; his pleasure was damped by the exclamation of one of his hearers, “think how useful this word will be to all of us.”

The study of little-known dialects such as those of Situl, Perlis, or Patani, would provide innumerable new words, just as the study of Aberdonian might be used to supplement our best English Dictionaries. The Kedah dialect has never received much attention at the hands of Dutch authorities so that a fair proportion of new expressions will be found to be included in this work; at the same time, the author’s primary aim has been the more precise explanation and illustration of the better-known words rather than the inclusion of the less-known.

Quotations from every department of Malay literature have been used to explain and illustrate the range and meaning of terms and expressions. References to the book quoted are given so as to render it easy for the advanced student not only to see for himself how a word is used, but also where it is used, and to judge of its antiquity and the class of literature in which it is found. Many Malay works have never been printed; in such cases, a reference is given to the name (generally well-known) of the work itself while the original MSS. have been presented to the Cambridge University Library. Much use has also been made of the numerous proverbs, quatrains, and idiomatic sayings common among Malays. These features will add to the practical utility of a Dictionary.

A Malay-English Dictionary deals with such a range of subjects that it must be largely a compilation based upon the labors of others. By giving references, the author has acknowledged what he directly owes to other writers. They have helped the author by the models they have furnished, the inquiries they have suggested, and the checks which they have provided on information independently obtained. It is not a question of originality in the narrowest sense of the word,— not a question of material so much as of assistance. But for the existence of the Dictionaries of Klinkert, Pijnappel, and von Dewall, this work would have been impossible on its present scale. They in their turn owed much to the labor of predecessors such as Roorda van Eysinga, who owed much to Marsden.

The author has also been greatly assisted by the Malay proverbs collected by Hugh Clifford and the late Sir William Maxwell, and by the unfinished Malay-English Dictionary of Clifford and Sir Frank Swettenham. The author feels grateful for the permission given by H. N. Ridley to practically embody his list of Malay plant-names in this Dictionary as well, to A. L. Butler for a list of bird-names (given in the Addenda), and to H. L. E. Luering and W. W . Skeat for general assistance given throughout the work. Indeed the work was originally taken up at Skeat’s suggestion and in collaboration with him.

The author also expresses his gratitude to W. Langham Carter for revising the proofs of A Malay-English Dictionary, to R. Hanitsch for identifying many shells, snakes, and birds collected by the author for lexicographical purposes, and to Zainu’l-‘Abidin bin Kasim, a munshi in Singapore, for his zeal in procuring Malay books and manuscripts for the author, and for his patience in undertaking much of the drudgery inseparable from the preparation of a Dictionary.