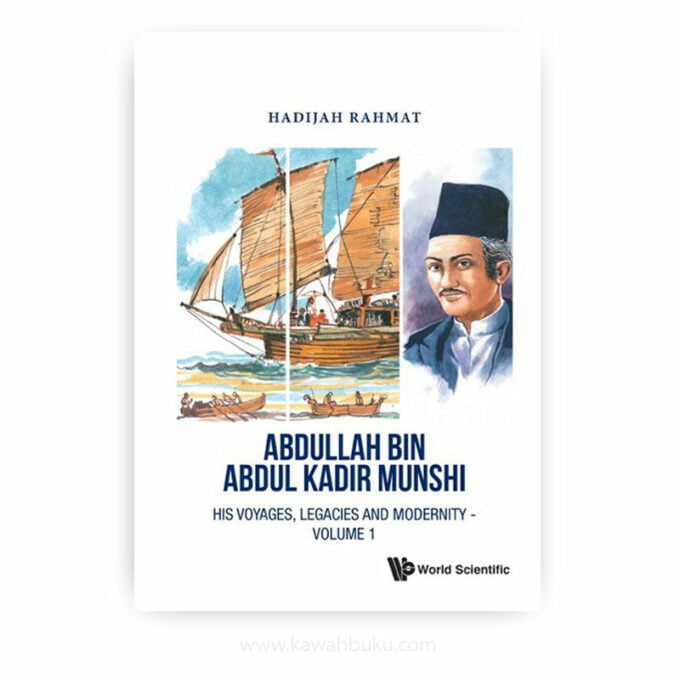 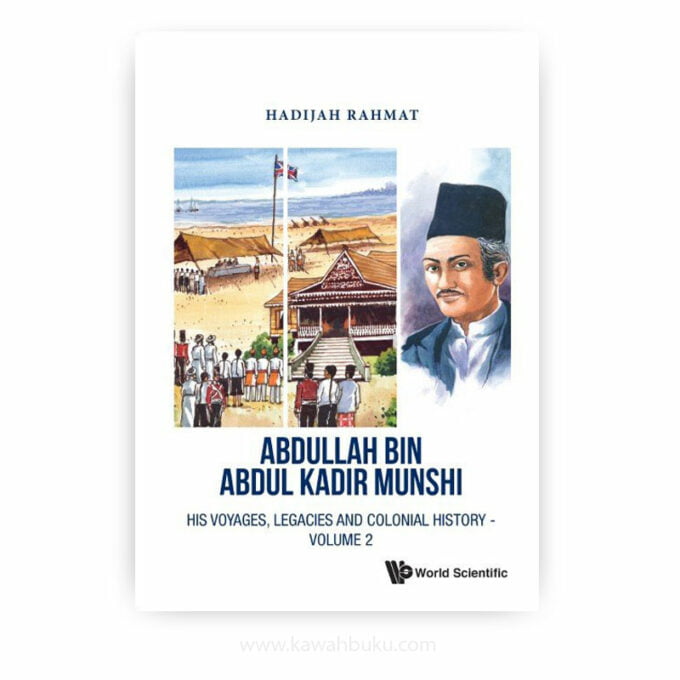 HADIJAH RAHMAT is an Associate Professor, and the Head of the Asian Languages and Cultures Academic Group, National Institute of Education, Nanyang Technological University, Singapore. She is a prominent scholar in the Malay-Indonesian Studies, literary and culture educator, and a highly recognised literary author.

This book, Abdullah bin Abdul Kadir Munshi is the most comprehensive, multi-disciplinary studies on Abdullah bin Abdul Kadir, widely known as Munshi Abdullah (1796–1854). He was a prominent literary figure and thinker in the Malay world in the 19th century and was also an early ‘pioneer’ of Singapore. The author, Hadijah Rahmat, has spent more than 25 years studying Munshi Abdullah since her PhD studies in the School of Oriental and African Studies (SOAS), University of London, in 1992 to date. This book is covered in two volumes and is based on her research conducted using unexplored primary sources at several missionaries’ archives at SOAS, London, Houghton Library, University Harvard, Library of Congress, Leiden University, KITVL, Holland, and the Perpustakaan Nasional Indonesia, Jakarta.

The book consists of numerous academic papers presented at the regional and international seminars, and also published in international journals and as chapters of books. Besides academic papers, the excerpt of play titled Munsyi, sketches, poetry, and song, and interviews by the national media are also included. This book provides new insight into Abdullah’s life, backgrounds, writings, his influences and legacies and the reactions and thought-provoking views of the western and eastern scholars on Abdullah. The book is indeed the key reference for studies on Munshi Abdullah, Malay literature, and the history of Singapore, Malaysia, and colonialism in Southeast Asia.

Munshi Abdullah is widely known as the “Father of Modern Malay literature” and the pioneer of Malay printing for being the first local to learn about the printing technology in 1816. He was also a distinguished language teacher, interpreter, editor, and social critic. His two masterpieces are his autobiography, Hikayat Abdullah, and his travelogue, Kisah Pelayaran Abdullah. His other works include historial syair (poems) about Singapore, Syair Singapura Terbakar and Syair Kampung Gelam Terbakar. Abdullah was regarded as a respectable Malay scholar and language teacher for numerous high-ranking colonial officers such as Sir Stamford Raffles, Richard James Wilkinson, and Olaf Richard Winstedt, as well as a translator for Christian missionaries and European merchants. William John Butterworth, the Governor of the Straits Settlements (1843–1855), described Abdullah as “one of the most accomplished Native Malayan Scholars in the Straits” and “that most respectable native gentleman.”

Abdullah was born in Kampung Pali (Kampung Ketek) in Melaka circa 1796, approximately eight months after the East India Company (EIC) took over Malacca from the Dutch. Abdullah was of Jawi Peranakan heritage, that is to say, a local-born Muslim of Indian-Arab lineage. His great-grandfather was an Arab from the Uthmani community (“bangsanya ‘Uthmani’”), who migrated from Yemen in the southern Saudi Peninsula to Nagur, India.

VOLUME 1: His Voyages, Legacies and Modernity

Chapter 1: Munshi Abdullah — His Life and Background
Chapter 2: Reflections on Religious Education in the Traditional Malay Society
Chapter 3: Abdullah’s Writings
Chapter 4: Hikayat Abdullah: Abdullah’s Concept of Authorship
Chapter 5: Nature and Self in the Works of Munshi Abdullah
Chapter 6: The Concept of “The Modern” or “Modernity” in Literature: Western and Eastern Perspectives
Chapter 7: The Printing Press and the Changing Concepts of Literature, Authorship and Notions of Self in Malay Literature
Chapter 8: Modernity in the Malay-Indonesian Literature: The Role and Contributions of Abdullah

Part 2 – Pohon: The Trees of Races, Cultures and Religions

Chapter 9: Syair Singapura Terbakar: Multiracial Images in Abdullah’s Writing
Chapter 10: Trees in the Forest: The Chinese from the Perspective of Munshi Abdullah
Chapter 11: ‘Abdullah the Priest’ and His Malay Bibles

Chapter 1: The American Voyages in Search for the New World
Chapter 2: From the Bible to Al-Quran: The Journey of Christian Missionaries into the Malay World
Chapter 3: The American Missionary Journey into the Malay World
Chapter 4: Images of Southeast Asians and Americans: In the Eyes of the Missionary Alfred North and Munshi Abdullah
Chapter 5: T.S. Raffles, The Sun of British Colonialism on the Shores of the Malay Archipelago: Its Reflections and Shadows on Abdullah and Singapore
Chapter 6: Abdullah and the British Scholars
Chapter 7: Dutch Relations to Munshi Abdullah and Malay-Indonesian Literary Development
Chapter 8: Teuku Iskandar: A New Light in the Ocean of Malay Literature

Part 6 – Kisah: The Stories of Singapura

Chapter 9: The Singapore Malay Royal System
Chapter 10: Hikayat Abdullah and Sultan Hussain Shah
Chapter 11: In Search of the Founder of Singapore: Between Myth and Reality
Chapter 12: The Royal Family Conflict and Resolutions — From Sultan Hussain Ordinance (1897) to Malay Heritage Centre (1999)
Chapter 13: The Untold Stories: Tengku Abdul Jalil Bin Sultan Hussain Shah and the History of Raffles Institution
Chapter 14: Portraits of a Nation: A British Legacy on the Malay Settlement in Singapore
Chapter 15: Kampong Gelam: Jewels in Our Midst
Chapter 16: Jejak Warisan: Heritage Trails
Chapter 17: The Orang Laut in Hikayat Abdullah
Chapter 18: Masjid: The History of Early Mosques in Singapore
Chapter 19: A Conversation with Tengku Sri Indra: ‘The Outsider’ of the Royal Family and Keeper of the Sultan Hussain Seal
Chapter 20: Tengku Shawal: A Dream for ‘Ketua Waris‘ (Head of Royal Descendants) and ‘Pemangku Adat‘ (Upholder of Customs)