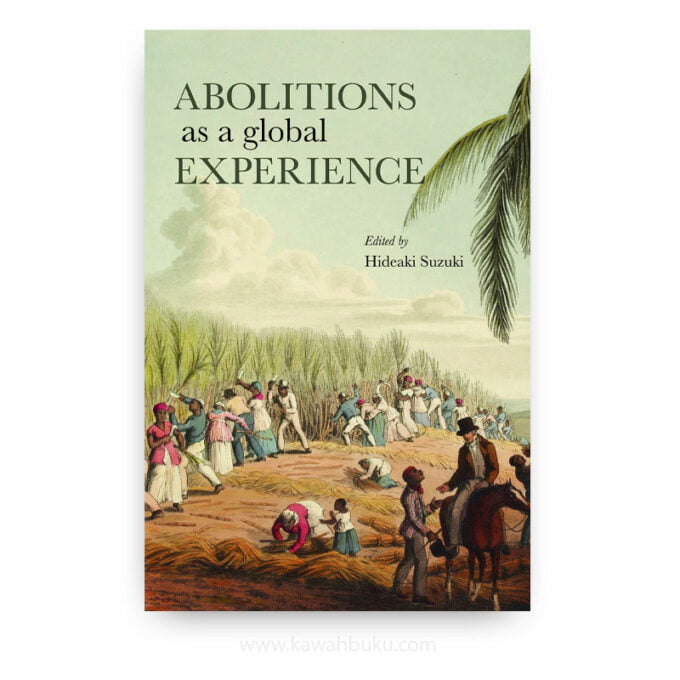 Abolitions as a Global Experience

Abolitions as a Global Experience offers an attempt to recast the history of abolition in a global setting by gathering a team of scholars to present their findings from broad geography and chronology. They range from some well-known themes in European and African history to lesser-known topics in Japanese and Middle Eastern experiences. As a phenomenon, from the late 18th century onwards slavery and its related institutions were gradually abolished by several European countries and their colonies; in the following century, abolition spread more rapidly and extensively within, and even beyond, those spheres. Furthermore, since the late 19th century, and particularly in the first half of the 20th century, the abolition of slavery was on the agenda of various international bodies, including, for instance, the League of Nations, 44 of whose members ratified the 1926 Slavery Convention.

Regardless of whether people in different societies were conscious or unaware of sharing the same or similar experience, they did. Within a period of roughly 150 years, slavery and many similar institutions were statutorily abolished throughout the world. If we assume that these institutions formed an important feature of each society over a long period, the significance of this change should not be underestimated. This series of statutory abolitions can be regarded as a globally shared experience; this is the starting point of the present volume.

The institutions abolished were by no means a tangential feature of each society; as the Ethiopian emperor Haile Selassie noted in his autobiography, “the institution of slavery was deeply rooted in tradition”. This was the case not only in his empire, but also in many other societies. Those who were bonded in these institutions contributed hugely to each society. They provided a labour force, prestige and much else to their masters and their host society. Plantations could produce almost nothing without slave labour; many masters would have lost their dignity without their slaves. Even though the slave population was not especially evident in the metropolises of the empires of Britain, France and Spain, public life in these cities was closely tied to slavery through the profits and products produced by those slaves: cotton, sugar, palm oil and spices such as pepper—such consumer staples were produced mainly by slaves. It is hard to deny the role of slave-based production in the emergence of industrialization and the global economy.

In addition, as is often emphasized, in many societies around the Indian Ocean as well as in Africa, slaves were deeply embedded in close-knit social relationships. An important characteristic of slavery in Africa and the Indian Ocean World was assimilation. Slaves were not completely excluded from their host society. Instead, they were encouraged to integrate through marriage, acquisition of languages and adoption of local customs. Why then did people decide to abolish slavery and similar institutions, even if just de jure? In other words, why, in those cases where slaves produced enormous profits for their masters, did that slave-based society end such a profitable institution? Why, if slavery was closely integrated into other social systems, did they repudiate it? Indeed, we could even ask what abolition constituted. This is the initial question posed by this volume. It is also a question posed within the framework of each society. It considers, too, a much broader framework: given that abolition was part of a globally and synchronically shared experience, we need to extend our scope globally

1. Abolitions as a Global Experience: An Introduction
– Hideaki Suzuki

3. What was Remembered and What was Forgotten in Britain in the Bicentenary of the Abolition of the Slave Trade?
– Kumie Inose

4. Dutch Attitudes towards Slavery and the Tardy Road to Abolition: The Case of Deshima
– Isabel Tanaka-Van Daalen

5. The Persian Gulf and Britain: The Suppression of the African Slave Trade
– Behnaz A. Mirzai

6. The End of the Coolie Trade in Southern China: Focus on the Treaty Port of Amoy
– Ei Murakami

7. Freedom Across the Water: British Emancipation of Slavery and Maritime Marronage in the Danish West Indies
– Amitava Chowdhury

8. The Yūjo Release Act as Emancipation of Slaves in Mid-19th-Century Japan
– Yuriko Yokoyama

9. The End of Slavery in French West Africa
– Martin A. Klein

10. The Abolition of Serfdom in Russia
– Alessandro Stanziani