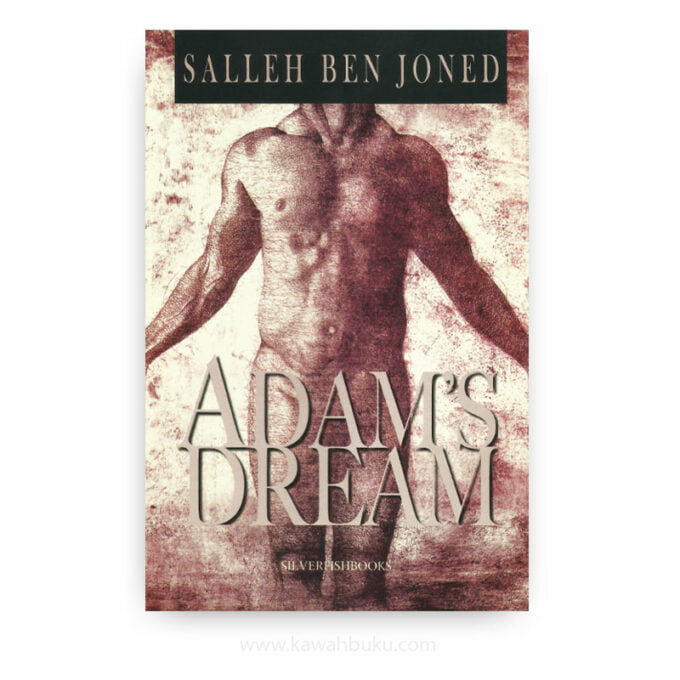 SALLEH BEN JONED (b. 1941 – d. 2021) was a renowned poet and satirist and is considered one of the Malaysian literary giants of his time.

Adam’s Dream is a major contribution to Malaysian literature in English, and perhaps Salleh ben Joned’s best collection to date. Recollecting Lat’s enduring statement on Salleh, it appears that this modern Hang Jebat has finally refined the art of amok and turned it into a vocation. features fifty poems in five sections: “Adam’s Dream”, “Family Fables”, “In Memoriam”, “An Offering of Pantuns”, and “Verses Variously Vicious”—each addressing various issues in the poet’s distinctive style. The volume also includes three previously published poems from Sajak-Sajak Salleh which, according to the poet, had to be reprinted because of different printing and typographical errors in the past. These poems are “testament in engmalchin” (formerly known as “Malchin Testament”), the haunting “Spirit of the Keris” and “five star poetry.”

In the volume’s first section, i.e. “Adam’s Dream,” Salleh prods and plays with the issue of religion and its impact on Malaysian society, history and politics. Many of his comments on the subject are likely to incite and provoke the faint-hearted. However, such audacity is expected from a poet who has already been accused of heresy, blasphemy and apostasy by several quarters.

While concluding his Preface to Adam’s Dream, Salleh Ben Joned mischievously wrote, “I hope my Adam’s Dream won’t become their nightmare.” He said this as a response to the reactions from the Malay literary community to his first collection of poetry, Sajak-Sajak Salleh, which came out in 1987. His awareness that Adam’s Dream is even more controversial than his previous collection is evident from the poems themselves.

Many references, commentaries and controversies have contributed to Salleh’s larger-than-life image in the local literary scene. There are those oft-quoted statements from late Usman Awang, A. Samad Said, Adibah Amin and Lat which have institutionalised the enfant terrible image of the poet. Ever since his bilingual Sajak-Sajak Salleh created a stir in the Malaysian literary world, his perception as a rebellious word-smith has grown. Now, twenty-one years after the publication of his first collection, Adam’s Dream has certainly reaffirmed that perception. What makes Salleh such a riveting poet is his capability to rebel and yet have the full capacity to defend his ideas with substantive information. Though his poems may seem vulgar to the ordinary reader, his deliberately reckless choice of words and other devices add to the sensuousness and honesty of his work.

An Evening in Malaya
Letting You Be
Adam K, My One & Only Son
The Barely Bearable Lightness of Being
Wife of Wives 1
Wife of Wives 2
Taruna and the Tollund Man
born on the 4th of july
Turning Sixty Five
A Polyphonic Hymn to Polygamy

Down Under
A Test to Pass
Honorary Muslim
In Memorium A D Hope
From Out of the Blue
‘Lucky Poet’
In Memoriam Mr Ee Tiang Hong
K Das, My Friend
Imagining My Maria As an Adult Woman
Had You…
Transcendent Chat With Johan
Ana al haq

five star poetry
we got minda they only got mind
testament in engmalcin
Have Tempurung Will Travel
Infinite Orgasm
Spermatic Politics or Bugger It!
In Praise of Kemunting

a hymn to the durian