Kawah Buku > History > Social and Cultural > Against the Grain: A Deep History of the Earliest States
Out of stock 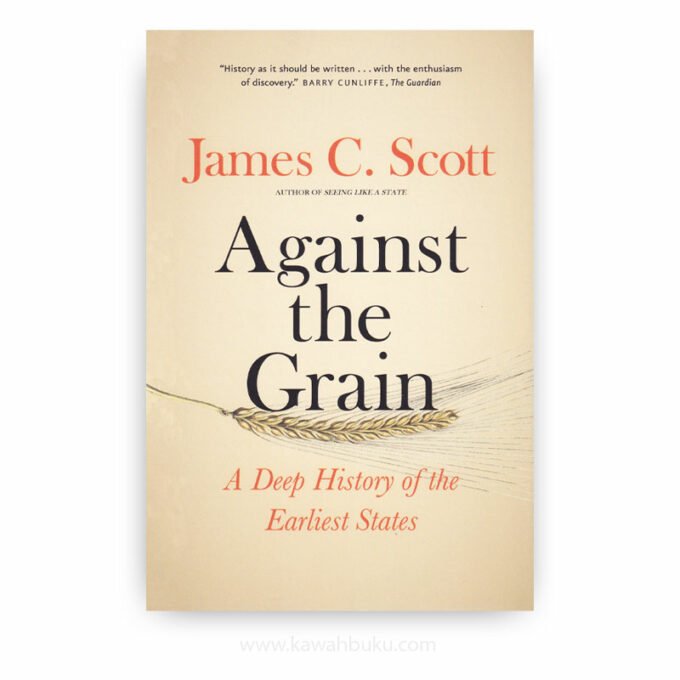 Against the Grain: A Deep History of the Earliest States

JAMES C. SCOTT is Sterling Professor of Political Science and co-director of the Agrarian Studies Program at Yale University.

Against the Grain: A Deep History of the Earliest States is an account of all the new and surprising evidence for the beginnings of the earliest civilizations that contradict the standard narrative. Most people believe that plant and animal domestication allowed humans, finally, to settle down and form agricultural villages, towns, and states, which made possible civilization, law, public order, and a presumably secure way of living. But archaeological and historical evidence challenges this narrative. The first agrarian states, says James C. Scott, were born of accumulations of domestications: first fire, then plants, livestock, subjects of the state, captives, and finally women in the patriarchal family-all of which can be viewed as a way of gaining control over reproduction.

The author explores why we avoided sedentism and plough agriculture, the advantages of mobile subsistence, the unforeseeable disease epidemics arising from crowding plants, animals, and grain, and why all early states are based on millets and cereal grains and unfree labour. He also discusses the “barbarians” who long evaded state control, as a way of understanding continuing tension between states and nonsubject peoples.

The author’s central aim is to examine to what extent settling down to fixed-field farming and the subsequent rise of states actually represented, as the conventional narrative holds, an advance in the wellbeing of the people who underwent those transformations. One reason the author doubts the conventional story is the great instability of early states. Besides extrinsic causes, such as climatic events, the author cites three intrinsic causes of the demise of early states: the high incidence of disease caused by the unprecedented crowding of human beings and their livestock; the huge new demand for lumber, which stripped watersheds of a barrier to flooding; and intensive irrigation, which led to salinization of the soil.

The author also dismisses the belief that we can categorize people into a scale of advancement based on whether they were hunter-gatherers, shifting cultivators, pastoralists, or settled farmers. Instead, people readily shifted
between these modes of living based on environmental conditions. Furthermore, he notes, the hunter-gatherer lifestyle required much greater cognitive resources than did a settled agricultural life. In fact, the author insists, there is no single point at which hunter-gatherers suddenly become farmers. “Preagricultural” people used “hundreds of techniques” to modify their environment to get more of the plants they used. Given the richness of pre-agricultural food sources, the question of why fixed-field grain farming was adopted in the first place remains unanswered. The mystery deepens when we contemplate that, in the process of domesticating cereals and livestock, we were forced, to a great extent, to domesticate ourselves as well, devoting an extraordinary degree of attention to these increasingly fragile food sources.

Early states, the author holds, were based on collecting people in a limited area who could produce a surplus of some cereal and, then, collecting that surplus to support the state. He outlines why cereals are crucial here: cereals grow above ground and, so, are easily surveyed, and they ripen all at once, so the tax collector knows when to come around for collection. Some degree of coercion was necessary to extract the surplus for the state, but early states faced a delicate balancing act: because there were always non-state regions close by, if their extractions became too onerous, the state’s subjects might flee. States often responded to this threat by erecting barriers to flight, such as the Great Wall of China. Another measure that early states employed to fight the loss of subjects was the capturing of slaves in war.

The author closes with a chapter entitled “The Golden Age of the Barbarians.” He notes how for millennia after the
rise of the first states, the vast majority of the globe’s population lived outside of states. Among those non-state peoples, however, a few took on special status as barbarians: they were at the periphery of a state, and their lives and economies were deeply intertwined with those of their state-dwelling counterparts. At times, they interacted with their neighbour states simply by raiding, but a more stable strategy was to agree that, in return for abjuring raiding, they receive some form of subsidy. These barbarians realized that running a protection racket is a better long-run strategy than wiping out the source of revenue, a strategy that the author notes “is hard to distinguish from the archaic state itself”.

Although the lives of barbarians may have been both healthier and freer than those of their neighbours living within states, the author notes two “melancholy” aspects of this golden age: by capturing slaves for states and
providing states with military service, “the barbarians willingly dug their own grave”. Many of the author’s contentions in Against the Grain are speculative, and new research may overturn some of the bases for them. Nevertheless, this is a landmark work, with which future studies on the rise of the state will have to contend.

INTRODUCTION A Narrative in Tatters: What I Didn’t Know

ONE The Domestication of Fire, Plants, Animals, and … Us

FOUR Agro-ecology of the Early State

SIX Fragility of the Early State: Collapse as Disassembly

SEVEN The Golden Age of the Barbarians