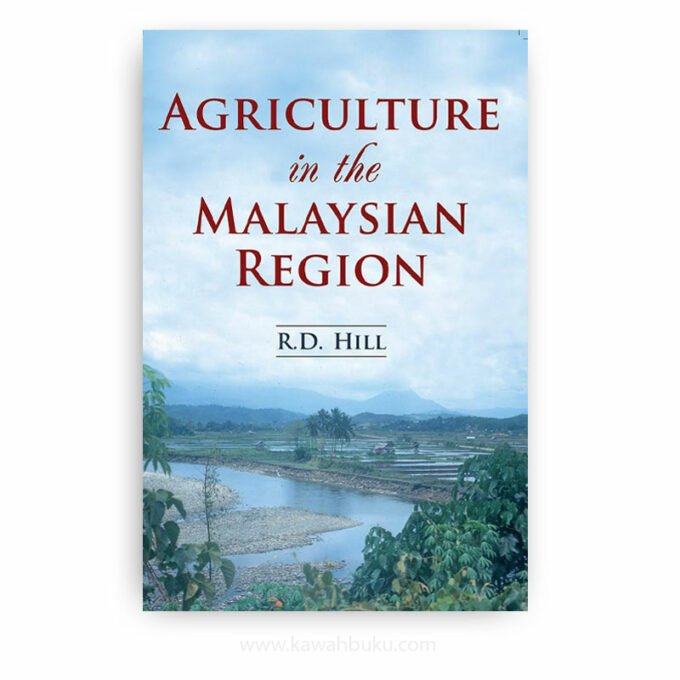 Agriculture in the Malaysian Region

R.D. HILL is concurrently Honorary Professor in the Department of History and in the School of Biological Sciences at The University of Hong Kong.

Agriculture in the Malaysian Region explains the evolution of agriculture in Malaysia, Brunei and Singapore over the last forty years, with particular attention to the agro-ecosystems of the major crops. This is a completely revised edition of Hill’s 1982 study, with two lengthy new chapters. This updating of a substantial book about agriculture in Malaysia, Singapore and Brunei is impressive historical geography, insightfully analysing and recording key aspects of the situation from the 1970s to the early 2000s, and also covering developments before this period. The book is excellent in its holistic treatment, identifying five ‘types’ of Malaysian agriculture in an interconnected and evolving picture. Comprehensive scrutiny in this frame is advantageous, usefully matching the concentrations of other scholars on technical and economic aspects of particular sectors.

The five types of agriculture identified are shifting cultivation, semicommercial (peasant) rice-growing, perennial crop smallholders, plantations, and intensive market-gardening and livestock-rearing, each with strong ethnic identifications. Hill’s analysis of the parallel existences and interrelationships of these types is perceptive. It also gives helpful pointers to those of us working elsewhere, including the present reviewer in his preoccupation with the drier and far more backward region of eastern Indonesia.

Much of the book relates to the late 1970s, and was contained in a volume first published in 1982. This Second Edition, includes the ten original chapters plus two new ones, bringing analysis almost to the present. The book commences with an all-too-brief historical background, proceeding to a statistical overview analysing population and land use by different crops and agricultural activities. It tackles relations between land use and the environment, continuing with a deeper review of areal crop distribution. The book next delineates the 5 types of agriculture, doing this on the basis of a system developed by the International Geographical Union. It explores each type in-depth, examining it in relation to the situation of the Malaysian region. Then in its first new chapter, the book scrutinizes regional agriculture from the 1970s to the present. It finally closes with a wide-ranging examination of major crops and their underlying types and systems.

Agriculture in the Malaysian Region‘s ten original chapters are full of interest, manifestly springing from years of personal exposure and research, but space limitations mean only two can be cited. Thus his discussion of ‘shifting cultivation’, which relates to remoter parts of Malaysia in the 1970s, clearly exposes the key underlying elements and geographical and social changes associated with this practice. In one part of this discussion, ‘abandoned clearings’, vacated after several years of cultivation, are scrutinized in-depth, and the gradual subsequent growth of different trees and vegetation is examined. The impacts on farmers’ shifting cultivation behaviour of ‘socio-economic’ frameworks are also investigated, especially in reference to the community organization, tenure systems and other cultural features.

Hill’s first new Chapter 11 on the post-1970s reviews key aspects of a massive and historic structural transformation, whereby a formerly dominant Malaysian agriculture declined to less than 10 per cent of national gross domestic product by the end of the first decade of the new century, with huge growths in manufacturing and services. Agriculture, and especially oil palm and rice, nonetheless continued growing in area and production, partly aided by large government assistance. The growth was uneven, and there was sometimes ‘disintensification’ with whole or part abandonment of certain rubber and rice areas. The author additionally explores environmental interactions, being especially concerned about pollution from palm oil mills, pig farms and large-scale modern rice cultivation. He interestingly checks the influences of climate, highlighting the length of dry season and amounts of wind and water as key aspects needing careful recognition in the optimum organization of cropping.

The final Chapter 12 treats the recent histories of rice, rubber, oil palm and other crops in turn, addressing changes in area and production as well as technical, social and economic issues. The detailed scrutinies of each major crop are fascinating, especially in showing how farming has adapted to the immense changes of the last three decades. The review of oil palm, in particular, covers its dynamic expansion, with enormous new hectareages and concomitant wide deforestation. This chapter also looks to the future, especially considering problems of labour shortage, biodiversity and sustainability.

Chapter 3. Land Use and Environment

Chapter 11. Agriculture in the Malaysian Region from the Late 1970s