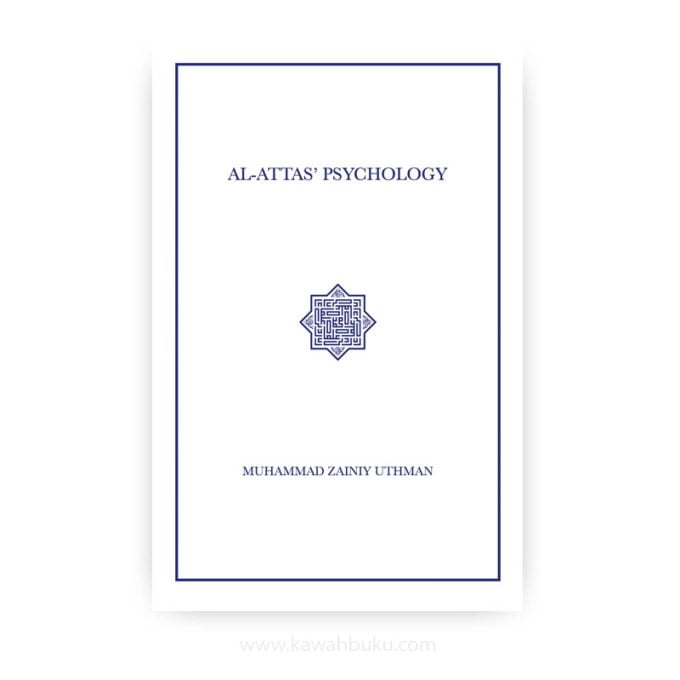 Al-Attas’ Psychology looks at Al-Attas’ contribution in the reformulation of the concept of the human soul, the intellect, the heart as an organ of spiritual cognition, prophecy, and happiness. As early as his Some Aspects of Ṣūfism as Understood and Practised Among the Malays, followed by his Mysticism of Ḥamzah Fanṣūrī, and later his Commentary on the Ḥujjat al-Ṣiddīq, to cite a few, al-Attas has been consistent in the triangulation of ideas from the faylasūf, the mutakallimūn and the Ṣūfis on key ideas of philosophy, theology, and metaphysics in Islam; a counter-thesis to the image which more often than not portrayed the three groups of thinkers as mutual adversaries. He has done so not to establish an artificial coherence amongst them and their ideas, but more importantly—and indeed this is quintessentially his—to put major ideas in their proper places, based on hierarchy and benefits to man, to commensurate the ranks and degrees of authorities in knowledge of reality and truth: that is adab towards knowledge.

In his Islām and Secularism, even earlier in his dictated notes, which were later published as Risalah untuk Kaum Muslimin, not only did al-Attas identify the problem besetting the Muslims more than three decades ago, namely the loss of adab, but he also showed the root cause of this predicament and its multifarious manifestation: the confusion and error in knowledge, an epistemological and axiological problem facing the world at large.

Al-Attas defines adab as right action, and by right action we mean an act that is in conformity with the truth, ontological and logical, along with the defined acts of the Sharī’ah. Hence any action must begin with the right intention. Knowledge is ‘good’, but the confusion and error in knowledge exacerbate this predicament of the loss of adab sending it spinning into a vicious cycle, where true, beneficial, and right knowledge become an admixture, confused with pseudo-knowledge and false knowledge, confounding the public into thinking that there is no truth; that it is relative and subjective. As al-Attas predicted, it brings about a complete, downward spiral of structural corruption in the society that begins with and encourages corrupt leadership.

The confusion and error in knowledge is corruption of the most sinister kind because it can be traced back to the soul, or the intellect, the locus of thought, where intelligibles, meanings, and knowledge are deformed which would subsequently inform intention. The soul, thus motivated by corrupt ill-intention, will initiate inappropriate and wrongful action; the fault lies neither with the intellect nor knowledge in and of themselves, for both are good. The corruption of knowledge can result in the corruption of the soul; if left unchecked, the corruption of the soul of the individual would eventually become widespread in society, leading to moral and ethical decay and the eventual destruction of civilization. Since individual and collective thought are never in stasis, the corrupting condition leads to a perpetual cycle of the rise of corrupt leaders in all fields of life and false knowledge, further aggravating the situation as the condition prevails.

Al-Attas illustrates the human soul as having the faculties and activities of two other ‘souls,’ namely the vegetative and the animal. The perfection of the human soul lies in the maintenance of the just balance among all these faculties and activities—vegetative, animal, vital and rational-cognitive or the articulate soul: the employment of these faculties and activities of the vegetative and animal souls in their due measures under the control of the rational and cognitive soul leads to the attainment of tranquility (sakīnah) as the subset of happiness (sa’ādah), unlike the Aristotelian conception which is only fixated on the attainment of the Intellect of the highest order. To be sure, the circumspective sway of the human or rational soul (al-nafs al-nāṭiqah) must be paramount over the animal soul (al-nafs al-ḥayawāniyyah) and the vegetative soul (al-nafs al-nabātiyyah).