Kawah Buku > History > Social and Cultural > Appropriating Kartini: Colonial, National and Transnational Memories of an Indonesian Icon
Out of stock 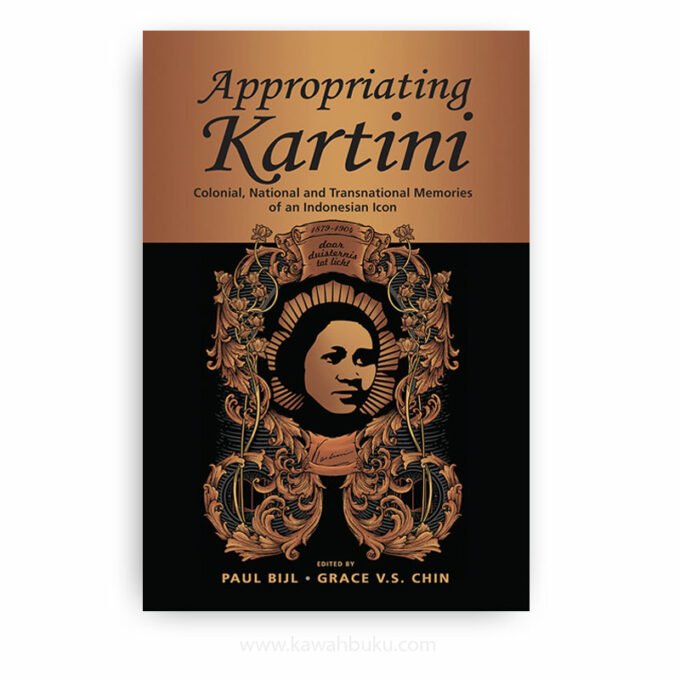 Appropriating Kartini: Colonial, National and Transnational Memories of an Indonesian Icon offers the first book-length study of the circulation and appropriation of Raden Ajeng Kartini (1879–1904, henceforth Kartini), a young Javanese woman whose influential writings emerged during the colonial Dutch East Indies, and who is now recognized as an iconic feminist and nationalist figure in Indonesia and, after Anne Frank, the most well-known Dutch-language author in the world. Spanning across the twentieth and early twenty-first centuries in both Asian and Western contexts, this volume maps and interprets how varying state, social and cultural actors and institutions have appropriated her thoughts to articulate their views on the position of women, race, class, civil rights, nationalism and other subjects in (post)colonial and global Indonesia, Europe and North America.

The world has known Kartini since the publication of a selection of her famous letters in 1911 titled Door duisternis tot licht (Through darkness into light). Before that, she was mainly known in Dutch colonial circles, as can be glimpsed from almost one hundred newspaper articles during her lifetime and in response to her death in 1904. Since 1911, she has been translated into numerous languages, including Arabic, Sundanese, Javanese, Japanese, Russian and French, but most influentially into English as Letters of a Javanese Princess in 1920 and into Indonesian as Habis gelap terbitlah terang (When darkness ends, light appears) for the first time in 1922. Between 1911 and Indonesian independence in 1945, Indonesian and Dutch newspapers devoted thousands of articles to her and to the “Kartini schools” named after her.

Since then, hundreds of books, theses and scholarly articles analysing her life and letters have been produced. In the 1960s, she was taken up by the UNESCO Collection of Representative Works, with a foreword for the English edition by Eleanor Roosevelt and by Orientalist Louis Massignon for the French edition. In Indonesia, President Sukarno established Kartini’s birthdate, 21 April, as Kartini Day (Hari Kartini) in 1946 and made her a national hero in 1964, while under the New Order of President Suharto, Kartini Day was transformed into an annual event that is still celebrated across the archipelago.

Kartini is the most well-known figure in Indonesian history: all school children in Indonesia encounter her at a young age on Kartini Day and every cab driver in Indonesia’s capital, Jakarta, can sing the “Kartini song” entitled Ibu kita Kartini (Our mother Kartini). The internet and social media are full of creative remediations of Kartini’s texts and imagery, including the admonishing meme of Pergi gelap pulang terang (Going out in darkness, coming home at dawn), which shows the supposed decline in the morals of Indonesian women doing all-nighters. Women’s groups and feminist movements have broadly embraced her, including Poetri Mardika in the 1910s, the communist women of Gerwani in the 1950s with their journal Api Kartini (Kartini’s flame), and the current transnational gender research network “Kartini Asia”.

Several films have been made about her life, including the New Order movie R.A. Kartini (1983) and, more recently, Surat cinta untuk Kartini (Love letters for Kartini, 2016), and Kartini (2017). In Indonesian literature, she inspired biographies, including Pramoedya Ananta Toer’s Panggil aku Kartini sadja (Just call me Kartini, 1962) and Sitisoemandari Soeroto’s Kartini: Sebuah biografi (Kartini: A biography, 1977) and is a role model for one of the main characters in Y.B. Mangunwijaya’s Burung-burung manyar (The weaverbirds, 1981). Kartini has even been picked up by Indonesian advertising companies to both attract female customers and celebrate nationalist culture. The 2015 billboard “Come Celebrate Kartini Day with Mitsubishi”, for instance, not only displayed a portrait of Kartini but also the Indonesian flag to suggest that buying a Mitsubishi on the birthday of a national hero also meant contributing to the nation. In the Netherlands, the memory of Kartini remains fairly strong in particular corners, evinced by the annual Kartini prize, awarded to those working for the emancipation of migrants and women in the city of The Hague, and the Kartini Wing of the Museum of the Tropics in Amsterdam, which opened in 2004.

Looking at the history of Kartini as an appropriated figure, we are struck by the rich diversity of appropriative acts as well as by the significance of the roles played by actors and institutions in producing and claiming their “versions” of Kartini. Not only were they involved in the reconstruction of Kartini as a historical figure in cultural memory but they also engaged in contestations and debates that involved the polemics of—broadly speaking—modernity and tradition, religion (particularly Islam) and secularism, colonialism and anti-colonialism, writing and fighting, feminism and sexism, elitism and popularism, Java-centrism and regionalisation, national and regional history, racism and multiculturalism.

This list is by no means exhaustive, but it does provide us with an insight into the apparent ease with which Kartini has been troped in the past century, and how her life and ideas have lent themselves to multiple, differing interpretations, contestations, and appropriations. It is this very multiplicity or a plurality of Kartini as a “floating signifier” that has given rise to this volume, which seeks to show how her symbolism has been used by varying actors and institutions across the twentieth and twenty-first-century colonial and postcolonial world.

3. Hierarchies of Humanity: Kartini in America and at UNESCO

4. Ambivalent Narration: Kartini’s Silence and the Other Woman

5. Unpacking a National Heroine: Two Kartinis and Their People

6. Call me Kartini? Kartini as a Floating Signifier in Indonesian History

7. Kartini and the Politics of European Multiculturalism