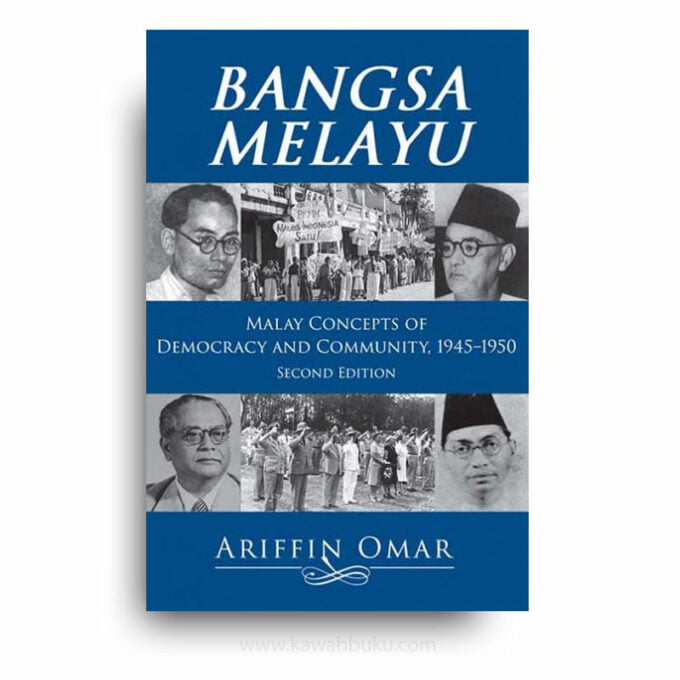 ARIFFIN OMAR is a Vice-Chairman of the Democratic Action Party (DAP), a component party of the Pakatan Harapan (PH) coalition. He served as a senator elected by the Penang State Legislative Assembly in the Parliament of Malaysia from 2 June 2015 to 2 June 2018.

Bangsa Melayu: Malay Concepts of Democracy and Community, 1945-1950 is an innovative study of political ideology in two related but distinct Malay communities in peninsular Malaya and East Sumatra at this time of tremendous political ferment. Prior to this period, the keRAJAan monarchies headed by the sultans had been central to Malay political culture and identity. With the rise of nationalism, contestation over nationality, and the emergence of nation-states in the making, new alternatives became available to the Malays. In peninsular Malaya, bangsa Melayu (Malay ethnic identity) appeared as a focus of loyalty and community, taking precedence over keRAJAan. Meanwhile, in Sumatra, the advent of an all-embracing Indonesian republic led to the complete destruction of the monarchical system.

In this new edition of Bangsa Melayu: Malay Concepts of Democracy and Community, 1945-1950, Ariffin Omar focuses on the basic differences in thinking, temperament, and attitude between the two groups of Malays which led to markedly different political outcomes. It will be of enormous appeal to all those interested in the history of ideas and the politics of ethnicity.

With respect to ‘bangsa Melayu’, this book helps to show how relatively inclusive and potent the concept was on the peninsula. In Sumatra, the category ‘Malay’ did not tend to encompass Bataks, Javanese, Minangkabau, and other ethnic groups. Particularly with large-scale immigration into this wealthy region with its thriving plantation industry this meant that the Malays became a minority grouping. Also, in East Sumatra the rulers were successful in frustrating the emergence of a ‘Malay’ political movement, seeing its potential as a competing focus of loyalty. An East Sumatra Association (Persatuan Sumatera Timur) was formed to represent Malay interests, but in this case and others as Ariffin explains even the word ‘Melayu’ was not highlighted.

When a powerful political movement did emerge in Sumatra, its declared focus was on ‘Indonesia’ and not ‘Malay’ or any other ethnic identity, and the Malays felt threatened. They tended to see the movement “as a covert attempt by some Javanese to impose Javanese hegemony on the Malays. On the peninsula, the ‘Malays’ were numerically in a stronger position, partly because they had defined their Malayness more inclusively. Not only did they bring many archipelago groupings or ethnicities into the category groupings which would not be classified as ‘Malay’ in East Sumatra but also Muslims with Indian or Middle Eastern ancestry. The Malay movement in British Malaya had also established a degree of independence from the royal courts, with its ideologues giving the concept of ‘bangsa Melayu’ its own specific emotive value.