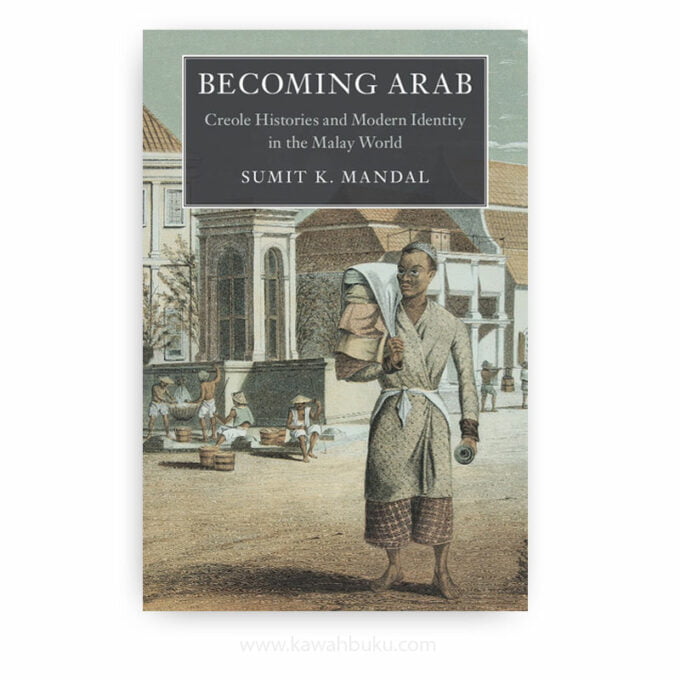 SUMIT K. MANDAL is an Associate Professor in the School of Politics, History, and International Relations at the University of Nottingham, Malaysia Campus.

Becoming Arab: Creole Histories and Modern Identity in the Malay World explores how a long history of inter-Asian interaction was altered by nineteenth-century racial categorisation and control. The author traces the transformation of Arabs from familiar and multi-faceted creole personages of Malay courts into alienated figures defined by economic and political function. The racialisation constrained but did not eliminate the fluid character of Arabness. Creole Arabs responded to the constraints by initiating transregional links with the Ottoman Empire and establishing modern social organisations, schools, and a press.

Contentions emerged between organisations respectively based on Prophetic descent and egalitarianism, advancing empowering but conflicting representations of a modern Arab and Islamic identity. Mandal unsettles finite understandings of race and identity by demonstrating not only the incremental development of modern identity but the contested state of its birth.

For Mandal, the concept of ‘creole’, understood through the Malay word peranakan, makes visible a category of race that has long been constituted by negotiation between insiders and outsiders, locals and newcomers. The ‘creole perspective’ models a way of exploring Arabness, Islam and race that moves beyond exclusionary categories. The overall structure of the book is clear and the chapters flow into each other in productive ways, building arguments and concepts throughout. Each chapter opens up a series of new questions and issues that the successive one helps answer, beginning with an Introduction that sets out the analytic stakes of common concepts in the study of Southeast Asian history, race categories, their spatial and temporal boundaries, and their fluidity.

Part I of the book discusses the relationship of ‘intimacy and distance’ between Malays and Hadhramis in the creole Malay world. Part II explores the transformation of Dutch power in the region, through which categories of native and foreign became narrowed. Mandal argues that the categories of native and Arab came to define and bound each other, through the alienation of the latter and the indigenisation and homogenisation of the former. Part III helps clarify that Arabs also took part in these processes, and, in modern states, came to define political categories built upon them. The Epilogue draws the concept of creole histories into a critique of ‘exclusionary’ or ‘racialised’ concepts of identity in contemporary Malaysia and Indonesia.

Conceptually, Mandal’s exploration of creole histories and their importance as a counter to the naturalisation of race and ethnicity as primary markers of difference, as well as the examination of the interplay between exclusivist ideologies of belonging and hybrid practices of everyday life, makes a critical contribution to the discussion of race and politics in Asia. The book also complicates ideas of mobility and diaspora, offering a view of mobile people whose identity was constantly negotiated between the local and foreign. Siting the making of creole identity in a transnational Malay world allows a more expansive sense of the ways in which colonialism mattered for the making of categories of race and belonging.

Part I A Creole Malay World

2. From Sea to Land
3. Categorisation and Control
4. Scholarship and Surveillance