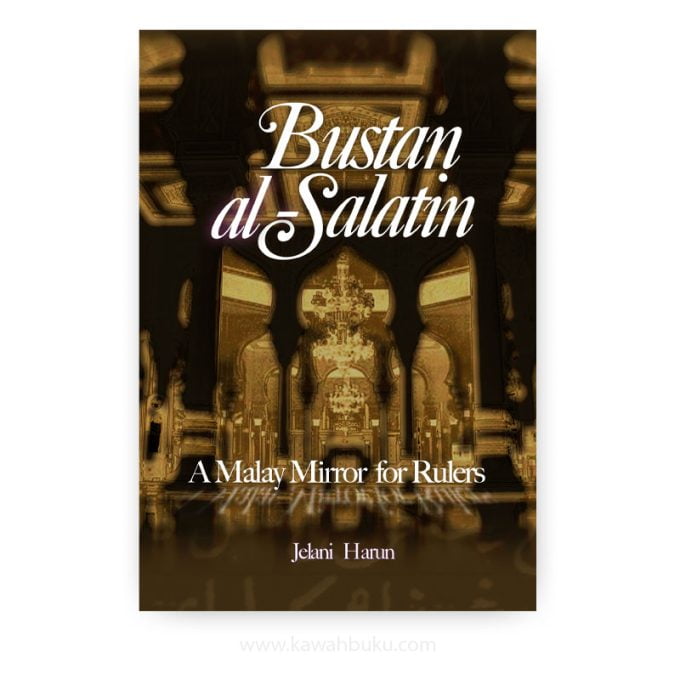 This book focuses on two major topics of discussion: universal history and adab writings (mirror) as two basic components which form Bustan al-Salatin. The discussion on the concept of universal history is mainly based on Books 1-11 of the text whereas that on the concept of the mirror is based on Book III. However, in order to obtain a whole picture of the author’s view of universal history and mirror, some aspects of adab writing in Books IV-VII are also included. In this way, all aspects of Nuruddin al-Raniri’s view of universal history and adab are analysed from a wider perspective. The major idea that runs through the whole text is that of a Divine Plan in history. Proceeding from this, Nuruddin al-Raniri logically treats all the aspects of historical and adab narrations in Books I-VII, from the Creation to the Day of Resurrection. History in this sense is seen by him as a realisation of God’s Plan (Divine Plan) in the metaphysical dimension.

Bustan al-Salatin: A Malay Mirror for Rulers also pays much attention to the creator of Bustan al-Salatin, Nuruddin al-Raniri, a scholar from India. During his sojourns and service as an advisor to Sultan Iskandar Thani and his successor, Sultanah Safiatuddin Tajul Alam, at the Acehnese court between 1637-1644, he introduced many new elements in the development of Malay historical and didactic writings as well as in religious and Sufi literature. His contribution to traditional Malay literature, as seen from the influence exerted on it by Bustan al-Salatin, is outstanding and has inspired many of the Malay historians and adab writers, who came after him. Because of this, the background to his works and his ability as an adab writer and a historiographer are discussed thoroughly. An attempt is also made to trace his influence on later Malay men of letters and to discover whether any of them can be considered as his successor in historical and adab writings.

It is only too natural that such a complex work as Bustan al-Salatin, which not only touches upon the factual history but also explain it within the theological context, requires thorough interpretation. The author’s narration on the proper duties of rulers and court officials, his didactic message, moral values, the doctrine of God’s reward or punishment, are basically theological and need to b0 properly interpreted from the religious perspective. Thus the element of theological interpretation is crucial in studying Nuruddin al-Raniri’s concept history and that of the mirror, in order to discover the spiritual, or didactié meaning of his narration. This, among other aspects, forms the major intention of Bustan al-Salatin: A Malay Mirror for Rulers.

Chapter 3 – Text and Sources
The Manuscripts
The Contents
The Sources

Chapter 4 – The Problem of Interpolation

Chapter 8 – Influences and Successors
The Influences of Bustan al-Salatin in Malay Literature
Successors of Nuruddin al-Raniri?