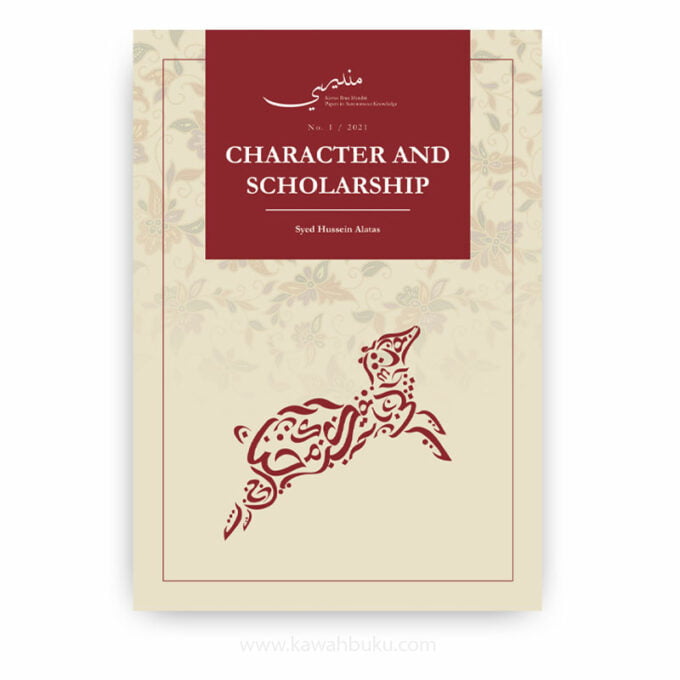 SYED HUSSEIN ALATAS (b. 1928 – d. 2007) was a Malaysian sociologist, served as Professor and Head of the Department of Malay Studies, the University of Singapore from 1967 before taking up the position of Vice-Chancellor of the University of Malaya in Kuala Lumpur from 1988 to 1991.

Character and Scholarship in Papers in Autonomous Knowledge Series was originally presented at the First International Malaysian Studies in August 1997 organized by the University of Malaya, Kuala Lumpur. Alatas take off with a statement that character traits influence scholarship is a proposition that can easily be accepted. To prove its operation in particular individuals is not always successful owing, amongst others, to insufficient information. The influence of character on scholarship may take the form of plain dishonesty, uncontrolled emotional tendencies, or collective conditioning implanting hostility, prejudice or stereotyping around the focus of interest.

What makes a scholar humble, considerate, thorough, painstaking, judicious, fair and objective in his/her research, leading to a sound conclusion, is his/her character structure. It is this character structure, fused with accumulated knowledge that brings about the final intellectual creation. Certain character structures do not fuse well with accumulated knowledge, no matter what the degree is. Thus, we find great scholars and thinkers sometimes making judgments In opposition to the principles of objectivity they uphold. It is a short circuit in the flow of rationality governing their thinking process.

The discussion that follows revolves around certain instances, one of which is directly connected with Malaysian studies, namely a denigrating and dishonest review of the author’s book, The Myth of the Lazy Native, published in London in 1977.