Kawah Buku > History > Social and Cultural > Colonial Image of Malay Adat Laws: A Critical Appraisal of Studies on Adat Laws in the Malay Peninsula during the Colonial Era and Some Continuities 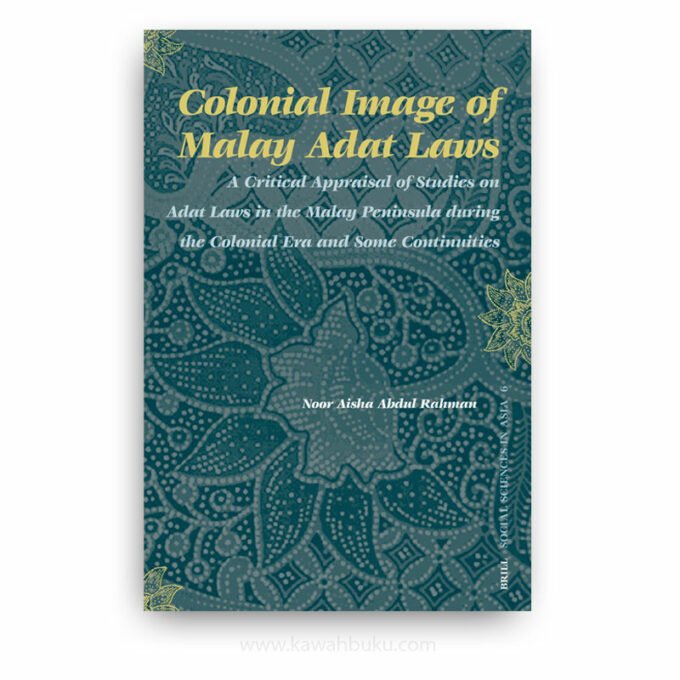 Colonial Image of Malay Adat Laws: A Critical Appraisal of Studies on Adat Laws in the Malay Peninsula during the Colonial Era and Some Continuities

NOOR AISHA ABDUL RAHMAN is an Assistant Professor at the Department of Malay Studies, National University of Singapore.

NOTES: This is a PRE-ORDER purchase. Please do anticipate the delivery will be estimated in between 4-5 weeks.

Colonial Image of Malay Adat Laws is a study of conceptions of Malay adat laws by several prominent colonial writers and some continuities, whose works are generally acknowledged and long regarded as pioneering and authoritative expositions of the subject. Some of the central problems explored in this study are as follows: how are Malay adat laws understood and portrayed by the authors?, what are some of the problems raised and possible factors which influence their selection?, what are the unquestioned assumptions and sources which condition their perceptions?, to what extent can their ideas be considered as accurate portrayals of adat law and what implications do they have not only on the image of the laws but Malay society and culture generally. By addressing these problems, this book hopes to contribute to a more accurate and balanced understanding of Malay laws.