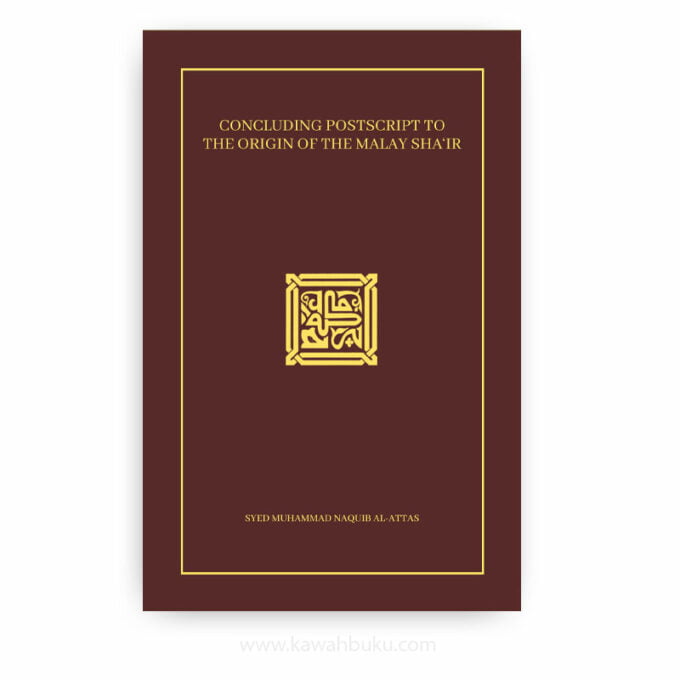 Concluding Postscript to the Origin of the Malay Sha’ir

Concluding Postscript to the Origin of the Malay Sha’ir pertains to the al-Attas’ book entitled The Origin of the Malay Sha’ir. The necessity for writing this Postscript became apparent to the author when Dr. P. Voorhoeve, in a letter from Barchem, Holland, dated April 13, 1968, posed certain questions the substance of which is later published in short Note bearing the same title as his book. The author hoped that what follows will clarify lingering obscurities and banish nagging doubts that still plague the minds and hearts of those who strive to expound and unravel scholastic problems pertaining to the Islamic aspect of Malay literary history.