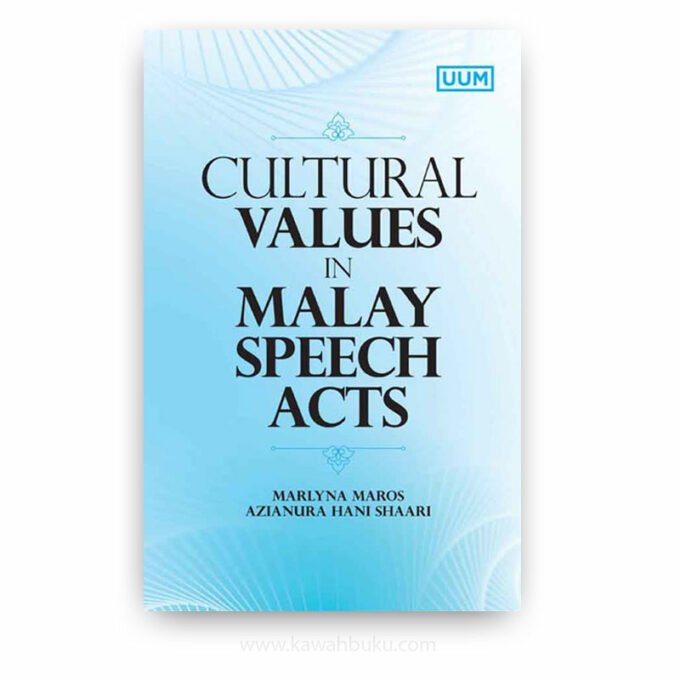 MARLYNA MAROS is an Associate Professor at the School of Language Studies and Linguistics, Faculty of Social Science and Humanities, Universiti Kebangsaan Malaysia.

AZIANURA HANI SHAARI is a Senior Lecturer at the School of Language Studies and Linguistics, Faculty of Social Science and Humanities, Universiti Kebangsaan Malaysia.

Cultural Values in Malay Speech Acts addresses the changes in the cultural values that have emerged in the speech acts of compliments and compliment responses of native speakers of Malay in Malaysia. In the field of sociolinguistics, the discussion provides insights into the current practices of the Malay speech acts and linguistic identity among the speakers, especially after 60 years of Malaysia’s independence. The rapid developments in technology and cyber communication have contributed to linguistic innovation and changes in language use to a certain extent, hence calling for a look at its impact on Malay cultural values.

Through empirical evidence, the book attempts to elucidate the emerging norms that indicate changes in the cultural values of the new Malays. Our arguments are supported by the theories related to how utterances are analyzed linguistically, taking into consideration the social factors, such as power, social distance, social status of the interlocutors, and weightage of the imposition on the speech acts.

The book is conceptualized from the need to document cultural values in language use among the twenty-first century Malays in Malaysia. It is a need because of recent studies on language use that show the emergence of value patterns that warrant dissemination of information and extended discussions. The studies were primarily focused on analyzing the linguistic aspects of compliments and compliment responses in various mediums of language use with culture as part of the expected influencing factor. However, the linguistic patterns have led to discoveries beyond what is believed to be the Malay cultural norms. There are numerous instances of non-traditional linguistic responses that call for documenting the findings for further research on language and society, and language and culture.

Cultural Values in Malay Speech Acts is written from the frameworks of sociolinguistics and linguistic pragmatics. Apart from the linguistic categorizations, readers can find discussions on the Malay cultural norms of interactions and the linguistic patterns that indicate changes in the cultural values of the speakers. In this book, the speakers are mainly the younger generation Malays, i.e., those born after the 1970s, otherwise known as the modern or new Malays.

In summation, this book is written to bring readers closer to the new Malay generation, by providing insights into their verbal, non-verbal, and digital forms of communication. The aim is to present the norms and values of the Malay speakers of the 21st century through the two speech acts—compliment and compliment responses. Those interested in language and society would find this book a good reference for Malay speech acts and linguistic identity among the speakers, particularly the younger generation.