Kawah Buku > History > Malaysia > Deals, Datus and Dayaks: Sarawak and Brunei in the Making of Malaysia 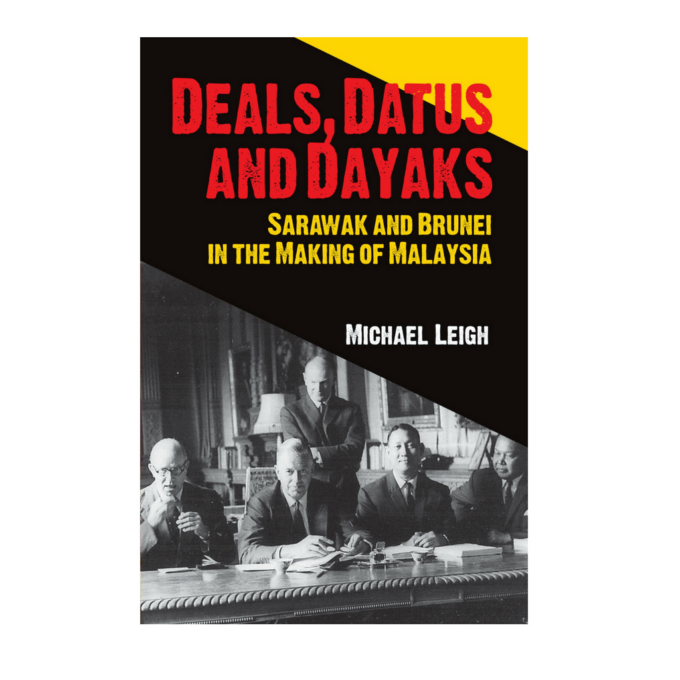 Deals, Datus and Dayaks: Sarawak and Brunei in the Making of Malaysia

Michael Leigh arrived to commence his research in Sarawak in December 1962, at a turbulent time just after the Brunei revolt had been suppressed and shortly before the start of armed Indonesian confrontation. He has maintained an active interest as an analyst of the processes of political and economic change, and has authored some 60 books, chapters and articles on Sarawak and greater Malaysia, in particular The Rising Moon: Political Change in Sarawak (1974), Council Negri Sarawak: Malaysia’s Oldest Legislature (1992) and Mapping the Peoples of Sarawak (2002). He has held the position of Professor at the Universities of Sydney, Melbourne and UNIMAS, where he established the Institute of East Asian Studies.

If you purchase this book you will earn 5 reward points!
Product ID: 3254 Subjects: Sociology and Anthropology, Economics and Political Science, Malaysia, Southeast Asian Studies
Deals, Datus and Dayaks: Sarawak and Brunei in The Making of Malaysia
This book tells the story of Malaysia’s formation and its early struggle for survival. A treasure trove of recently de-classified records from the UK National Archives and the US Consulate in Kuching, demonstrate how the British, Singapore and Malayan governments seized upon the Brunei revolt, and Indonesian attacks across the Sarawak border, to justify their extensive use of coercive measures against the strongest opponents of the federation proposal, and to reinforce strong messaging that forming Malaysia was the best available future for Sarawak, Sabah and Singapore too.
Despite all of those efforts, new archival evidence shows how the political situation in Sarawak almost caused Malaysia to be aborted at the last minute. The book then goes on to document how strong international and internal pressures throughout 1964 and 1965 meant that the very survival of Malaysia was in doubt.

Be the first to review “Deals, Datus and Dayaks: Sarawak and Brunei in the Making of Malaysia” Cancel reply