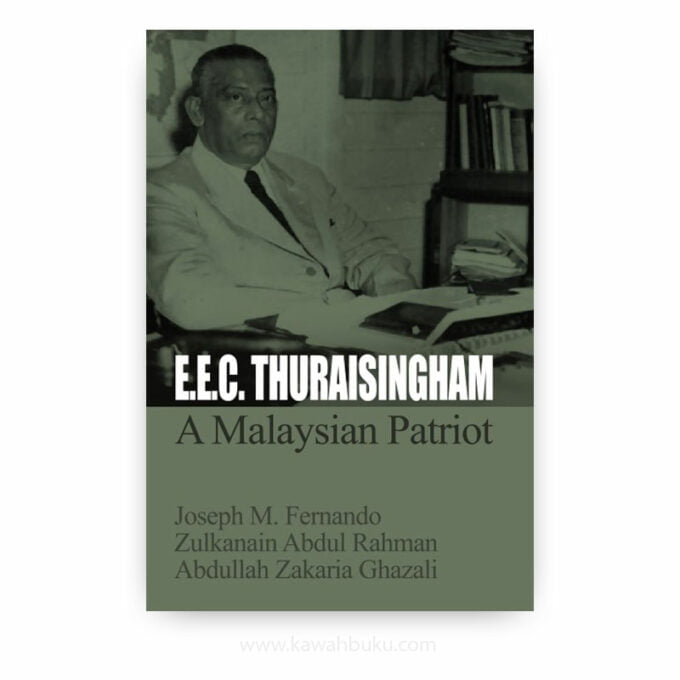 E.E.C. Thuraisingham: A Malaysian Patriot is about a leading but relatively lesser-known political leader in Malaysia who contributed considerably to nation-building during a formative period of the country’s history. In the writing and documentation of history there is a tendency among scholars and institutions to focus on the top leaders; the presidents, prime ministers, governors and others of such standing. Invariably, many leaders who influenced the nation-building process quietly through supportive and subordinate roles do not receive adequate attention in the national narratives. They remain mostly footnotes in the texts of the time.

The approach to the study and writing of history in recent years, particularly in institutions of higher learning, however, has tried to address this imbalance by researching and documenting the contributions of the many lesser-known individuals, sometimes the unsung heroes, who also played significant roles in nation-building. This approach is important not merely to document the details of their individual lives but also to provide a deeper insight into a country’s past from different vantage points and levels and offer invaluable perspectives of the past. The lives of these individuals shed much light on a nation’s past that is not always represented in the national narratives often centred on a few leading figures and political movements.

In this context, one individual who has not received adequate attention in the writings on Malaysian history is Ernest Emmanuel Clough Thuraisingham, a leading politician, lawyer and social activist in Malaya who played a prominent role in shaping the political and socio-economic landscape of the Federation of Malaya and, later, the Federation of Malaysia. There is very little discussion in existing historical studies of his political ideas and thoughts and role in Malayan politics as well as his social welfare activities. He merely gets a passing mention in many of these studies. Thuraisingham himself has not written a memoir detailing his activities, thoughts and experiences and this has invariably left a vacuum in the historical writings of his role and influence in Malaysian politics and society.

This book is a modest attempt to record the contributions of this important figure to nation-building in this country. It is hoped that this biography will provide us with a deeper insight into the nation’s history and enable us to understand better an important period of this country’s past from a different vantage point. It is also hoped that this book will add to the historiography of Malaysian history in general and political history in particular. Thuraisingham was a member of the Federal Legislative Council from 1948 and served as the chairman of the influential Communities Liaison Committee and as Member for Education.

A close confidante of Onn Jaafar, Thuraisingham played a leading role with Onn in the formation of the Independence of Malaya Party in 1951 and sought to instil a non-communal approach to Malayan politics. In the post-independence period, he served as a Senator. A horse racing enthusiast, Thuraisingham served as chairman of the Selangor Turf Club for 25 years and was active in social welfare activities. His life has received scant attention and this book is intended to document his contributions, political thoughts and ideas.

2. The Early Years
Education in Cambridge
A Caring Father and Community Leader
The Second World War and the Japanese Occupation of Malaya