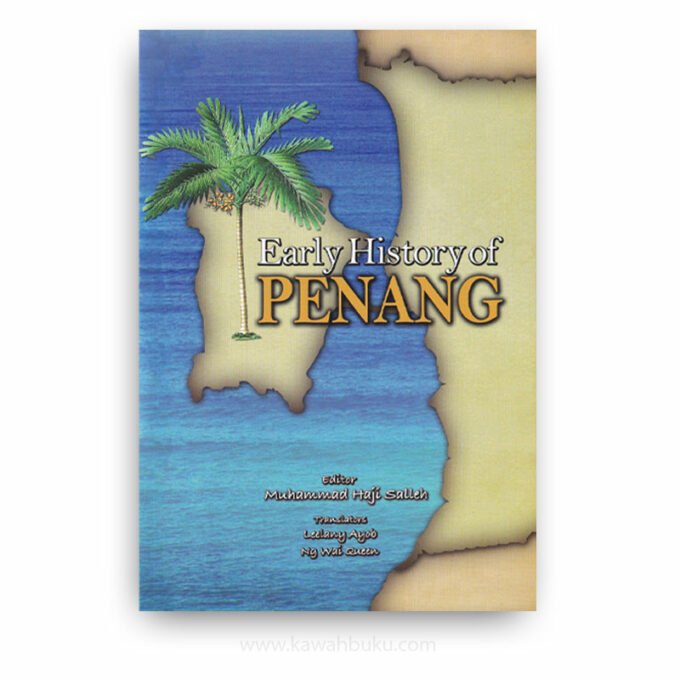 Early History of Penang attempts to present a part of the state’s history through the contributions of three renowned scholars, which has been ignored for many decades. Penang’s early history has been obscured by the passage of time and the lack of interest in its early inhabitants and population, particularly with respect to pre-British times. Local and foreign scholars have so far been more interested in the development of the state after the British arrived and took over the state administration. As a result, it is the spirit, the times, and the activities or movements of the colonials that have been given prominence.

In post-colonial times, a study that focuses on the successes and the interests of the colonial officers and traders does not only go against the grain but also against the national conscience and indeed cannot capture the truth or reality of the times. Hence, such a study would indicate ignorance of history or a failure to seek a balanced description.

Much historical evidence may be unearthed to describe the state of affairs long before the arrival of Francis Light and his men. Prior to the time when this representative of the British East India Company landed at Tanjung Penaga, to the north of this island [east of the current site of Padang Kota (Esplanade)], there was already evidence of habitation in the form of early human settlements in Seberang Perai (Province Wellesley), especially in Guar Kepah and Cherok Tok Kun and on Penang Island (in Dato Keramat, Batu Uban, Bayan Lepas, Balik Pulau, and others); some of these settlements have existed before 1786 and others, in fact, thousands of years before Francis Light’s landing.

History claims and interprets the rights of people. History also traces roots and identifies their footprints on the beach of time. A history that is unbalanced, inclined towards colonizers, and overlooks reality, is a serious transgression on these rights, identity, and national pride.

The intent of this book is to correct this imbalance and laxity and to provide an in-depth and truer historical scenario. On Penang Island itself, not taking into consideration Seberang Perai, particularly the areas under Kedah’s jurisdiction, there has been evidence of human settlement before 1786; in fact, there were approximately 20 families living on the island when Francis Light landed. This number is by no means small for an island the size of Penang. As for Seberang Perai, it had been inhabited thousands of years before England had even heard of the existence and wealth of the Malay Peninsula and its strategic location on the Straits of Malacca.

CHAPTER 3 — EARLY HISTORY OF SEBERANG PERAI
Introduction
Seberang Perai Before 1800
“As Long as the Sun and Moon Shine”—Is Seberang Perai Ceded to the British in Perpetuity?
Seberang Perai and the Siamese Invasion of 1821
Seberang Perai After 1842
Leadership and Society
The Socioeconomic Situation
Conclusion