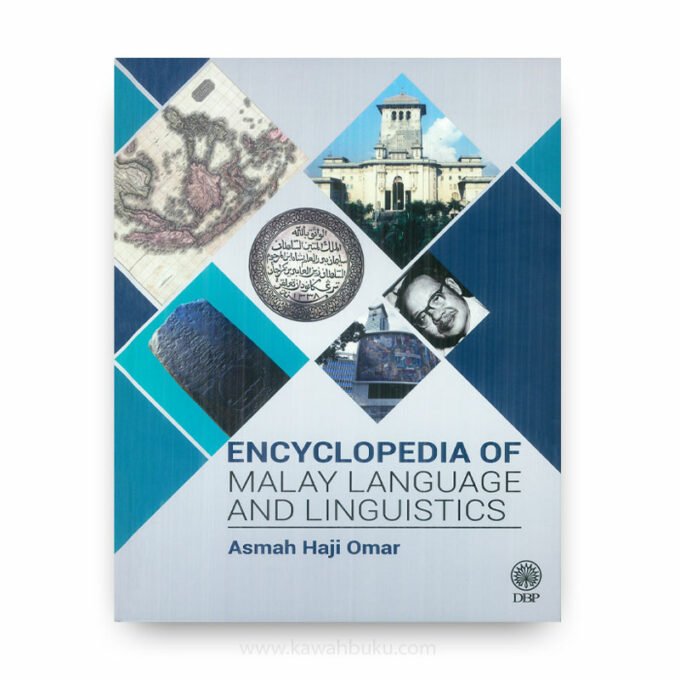 Encyclopedia of Malay Language and Linguistics

Encyclopedia of Malay Language and Linguistics provides a picture of the Malay language in terms of the evolution of its elements in systems and structures at various linguistic levels-phonology, grammar and the lexicon-in a multitude of contexts and genres which have lived on through time and space. In this spectrum, there are also accounts of the language as a member of the Austronesian stock of languages, as well as its geolinguistic spread within and outside the Malay world. Throughout its history, Malay has been in contact with other languages of the same family as itself as well as with others, and such contacts have enriched the language with new elements in its systems. The most significant development in the history of this language is its elevation to the status of national and official language in three countries: Malaysia, Indonesia, and Brunei Darussalam.

This encyclopedia gives a holistic picture of the Malay language with its large variety of regional dialects, each with its own localised identity, and its path of development to become the national language of Malaysia. The scenario encompasses the history of the language as a member of the Austronesian stock of languages and the course of history it has undergone to become a modern language used in various genres including texts in the field of science and technology.

The Austronesian stock has a very wide area of spread spanning from the Pacific Ocean across Southeast Asia westward to the Indian Ocean. It comprises four main families, namely Indonesian, Melanesian, Micronesian and Polynesian; and the Malay language belongs to the first mentioned. A genetic relationship between these families can be inferred to a common source from which they had sprung sometime in the distant past. Similarities in linguistic form between members of the same family and between these and those of sister families that we can observe today must have been the result of layers of historical processes that these languages had undergone. There have been quite a few theories as to the original homeland of the Austronesian languages, and how the languages spread to where they are now.

Processes in the development of the systems and structures as well as in the lexicon of Malay are deducible from ancient texts found on stone inscriptions, manuscripts, religious texts, and epistolary. The most ancient of all these texts are those of the 7th century stone inscriptions of South Sumatra and the Bangka Island in Indonesia. In the absence of a text prior to the 7th century, our idea of an earlier form of Malay can only be established in hypothetical statements through an exercise of internal reconstruction.

In its growth and spread through the ages, Malay has taken over many roles. It is not only the main instrument of communication within its community of speakers, but is also a medium of high literature, religious propagation, philosophy, governance, and various levels of education. All these roles have added new forms of texts rendered in the language.

Nationalism has elevated Malay from a vernacular to that which gives an identity to independent Malaya, and then Malaysia, in a revered status of the national language. In this status, Malay of Malaysia is seen as an equal to the national language of Indonesia as well as that of Negara Brunei Darussalam. This situation has brought about three national variations of a dialectal nature in the Malay world of Malaysia, Indonesia and Brunei. These variations could have developed into heterogeneous languages, arising from the different socio-political situations that formed their contexts of development within their national boundaries. However, such a possibility had been prevented with the language co-operation which began with the formation of Majlis Bahasa Indonesia-Malaysia (MBIM) in 1972, with the aim of bridging the linguistic gap through the standardisation of the spelling systems of both countries, as well as that of the formulation of scientific terminologies. Brunei saw that the development of her national language could not be isolated from those of the other two countries. So, when she became a member of this language collaboration after attaining her independence from the British rule in 1985, the name of the Council was changed to Majlis Bahasa Brunei Darussalam-Indonesia-Malaysia (MABBIM).

This encyclopedia is also devoted to the development of the systems and structures of Malay at the levels of phonology, grammar, and the lexicon. The description is simple to suit the aim of the encyclopedia as being user friendly. So, theoretical analyses according to various schools of thought have been ruled out from the start.

The Malay language has passed through an interesting passage in terms of its lexical development, with centrifugal forces blowing in from East and West, enriching the language with vocabulary items of a cultural nature, and these items belong to various domains in life of the community of its speakers. But the acceptance of foreign words, especially from English, has been phenomenal. This had been due to an agreement between corpus planners of Malaysia and Indonesia (through MBIM in 1972) to consider English as the main source for technical terms. For Indonesia, this was a departure from a tradition they were used to when the Dutch were their main source of reference.

A general picture of the language would not be considered to be complete if nothing is said of what Malays call “flowers of language”. These are the idioms, proverbs, similes, metaphors, riddles and such like. Including these items means introducing to users of this encyclopedia the psycho-cultural world of the Malays.

Another important topic in this encyclopedia consists of changes that technology has brought about in the Malay language. Newspapers, radio and television as well as the internet and text-messaging using the cellular telephone have affected not only the lexicon of the language but certain aspects of its systems and structures as well. This is due to the need for clarity and brevity at various levels of usage. Text-messaging or the SMS has caused some concern among educators in that it has been a fertile ground for “language pollution”.

The use of the Malay language as a lingua franca in the islands of Southeast Asia from time immemorial is also an important item in this encyclopedia. This has given rise to Malay-based pidgins everywhere in the Malay world. In Malaysia itself, Malay-based pidgins are spoken in the market places all over the Malay Peninsula as well as in Sabah and Sarawak. Pidgins are known to develop into Creoles, and one well-recognised Malay-based Creole in Malaysia is Baba Malay, spoken by the “Straits-born” Chinese and their descendants.

Language exists and continues to do so when it is used in context. Varieties of language in use as far as Malay is concerned are described in this encyclopedia. Among these are those favoured in various literary genres, academic texts, films, dramas, debates, religious sermons, and humour.

The idea of producing this encyclopedia is to give a broad spectrum of the Malay language from the point of view of its growth and development. Major topics have been included, but it is not impossible that certain minor ones have been missed. Nevertheless, the user will certainly find this volume a useful source of reference on the Malay language.

1. The Malay Language: A Member of the Austronesian Stock

2. Geolinguistics: The Spread of Malay

3. Factors Leading to the Spread of Malay

8. Social History of the Malay Language

15. Writing Systems of the Malay Language

16. History of Spelling the Malay Language

17. Research on the Malay Language

21. Proverbs and Figures of Speech