Kawah Buku > History > Malaysia > From Free Port to Modern Economy: Economic Development and Social Change in Penang, 1969 to 1990
Out of stock 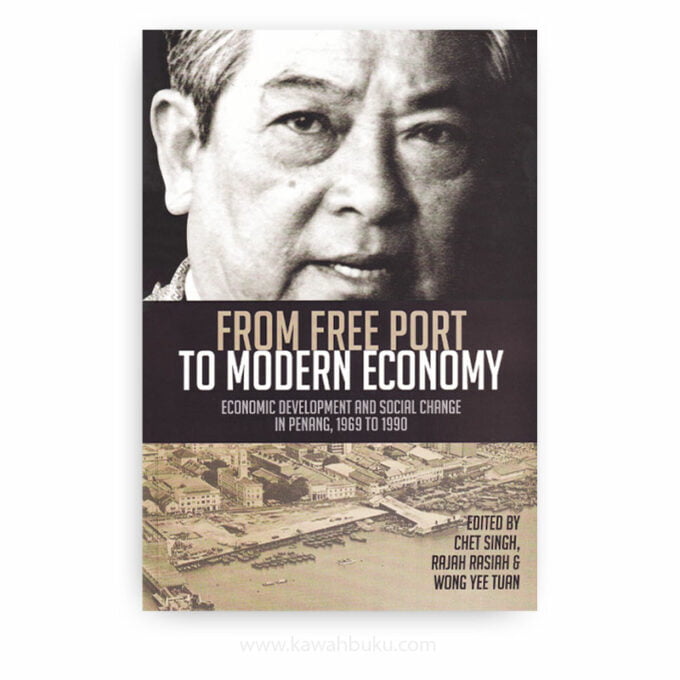 From Free Port to Modern Economy: Economic Development and Social Change in Penang, 1969 to 1990

From Free Port to Modern Economy: Economic Development and Social Change in Penang, 1969 to 1990 tells the story of how the declining fortunes of the port of Penang have turned around through daring and forceful leadership into the industrialised society that it is today. Collected in this volume are analyses written by selected authors, including Chet Singh, the man who was at the forefront of this process of economic revival. Penang underwent some of its greatest economic and political challenges in the second decade after Malaysian independence, and a turnaround was far from a given thing. Much imagination, much audacity and much innovative spirit went into the restoration, not only of Penang’s economic fortunes but also of the state’s intrinsic global connectivity.

While Tun Dr Lim Chong Eu (1919-2010) was undoubtedly a major actor in the early history of Malaya and Malaysia, the role that gave him lasting fame in history books about the country is most undoubtedly that as the Architect of Modern Penang. In his long political life, he did seem plagued by adversity whenever he managed to reach what seemed a critical point in his career. For example, soon after he became president of the Malayan Chinese Association, having passed on the chance to become the first Chief Minister of Penang, he threw a challenge to the president of the ruling Alliance coalition and founding Prime Minister Tunku Abdul Rahman for an increased number of seats for his party in the upcoming 1959 elections. The Tunku refused to budge and Lim’s failure saw support for him dissipate and Lim himself neutralized within his own party.

After leaving the MCA in the early 1960s, he formed the United Democratic Party, and on being elected on that ticket in the 1964 elections, joined with the Singapore-based People’s Action Party, the People’s Progressive Party and the Sarawak United People’s Party to form in early 1965 the Malaysia Solidarity Convention to challenge the Alliance. The separation of Singapore from Malaysia in September that year ended that attempt.

Not one to give up, Lim was instrumental in forming the Parti Gerakan Rakyat in time for the 1969 general elections. The Gerakan did incredibly well in the elections and managed to gain power in Lim’s home state of Penang. He became that state’s chief minister on May 12. A day after that auspicious event, racial rioting broke out in Kuala Lumpur and the emergency rule was declared throughout the country. For Lim, his political career must have seemed cursed.

The great dilemma for the Gerakan then was how it was to relate to the idea of the Barisan Nasional, the expanded coalition planned by Prime Minister Tun Abdul Razak Hussein to minimize political disagreements and to centralize power under the Malay-first agenda that was being implemented nationwide. Tensions within the party saw many key members leaving as Lim took his party into the new political configuration. Being now part of the federal government, Lim gained the blessings of Tun Razak to initiate measures in Penang to reboot its economy and establish free trade zones on the island’s rural east coast. Indeed, Bayan Lepas became home to the first-ever such zone in the country, in 1972.

The rest is history, as they say, and within that history of impressive and resounding economic revival rings most clearly the name of Lim Chong Eu.

Chapter 1 Lim Chong Eu and Penang: Glimpses of a Personal and Political Relationship

Chapter 2 From Munro to Nathan: The Rise of a Modern Economy in Penang

Chapter 5 “Developmental” States and Economic Growth at the Sub-National Level: The Case of Penang (1970-2005)

Chapter 6 Industrialisation and Poverty in Penang

Chapter 7 From Swamps to Semiconductors