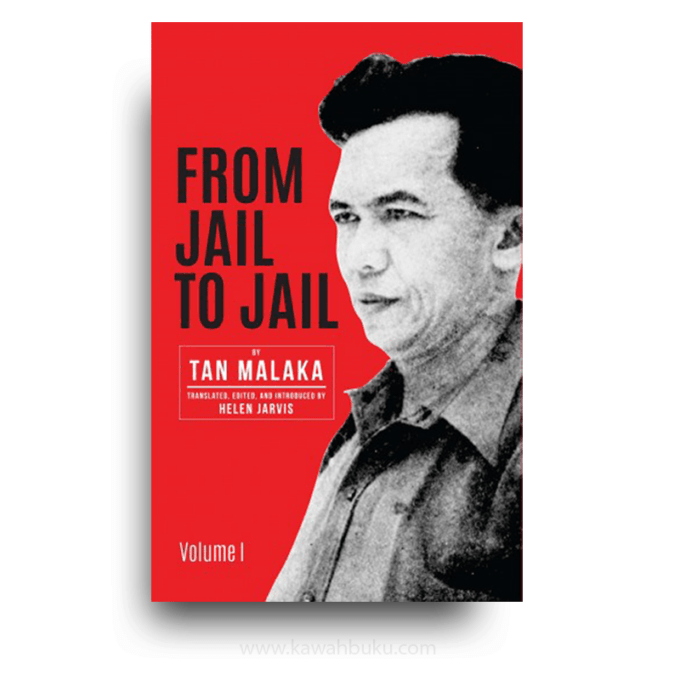 From Jail to Jail, Volume I: The Political Autobiography of Tan Malaka

If you purchase this book you will earn 9 reward points!
Product ID: 22577 Category: Biography and Autobiography Sub-subjects: Indonesia, nationalism, politics and government, revolutionaries

From Jail to Jail, Volume I: The Political Autobiography of Tan Malaka is translated and introduced by Helen Jarvis, from the original text entitled Dari Penjara ke Penjara in the Indonesian language. Tan Malaka is a name tied to the Indonesian revolution; though recognized as a “hero of national independence,” he is officially acknowledged only with embarrassment. His story spans two generations of Indonesian nationalists, from the formative pre-1926 era to the military struggle for independence that followed World War II. It also spans two continents, from Western Europe, through the Soviet Union and China, to almost every country in Southeast Asia.

His countless escapes and his ability to survive while being pursued by all the imperialist powers in Southeast Asia have fired the imagination of many who have written about him. The very title of his autobiography, From Jail to Jail, conveys the spirit of adventure that surrounds him.

The extreme brevity of Tan Malaka’s overt and active political life in Indonesia-three periods totalling less than two of his fifty-three years gives more than enough scope for confusion, ignorance, and intrigue in recounting his story. The year 1921-1922 marked the real beginning of Tan Malaka’s political career as he established the first Sekolah Rakyat at the same time that he moved into active work in the trade unions and in the Partai Komunis Indonesia (PKI). His arrest in February 1922 put an end to all this, and the year stands more as a promise of political ability than as a chronicle of completed tasks.

Following Indonesia’s proclamation of independence on 17 August 1945, Tan Malaka emerged from his long absence from the Indonesian political scene, using his own name for the first time in twenty-three years. Seven months later, on 17 March 1946, he was arrested by the Sjahrir government and held without trial for two and a half years. Once again, he was able to initiate some impressive programs-the most notable being the establishment of the Persatuan Perjuangan-but arrest prevented him from bringing them to fruition.

His release from prison on 16 September 1948 came only five months before the presumed date of his death, 19 February 1949. He spent his first two months of freedom in Yogyakarta assessing the impact of the Madiun uprising and founding the Partai Murba (Proletarian Party). The final three months of his life were spent in remote areas of East Java attempting to galvanize opposition to the Dutch. This final period repeated the pattern set earlier, as he formulated his ideas and established several organizations and proposals for action rather than actually accomplishing those goals.

As copy-text for this translation, the translator has used the Widjaya edition of Volume I and the Pustaka Murba editions of Volumes II and III. All three were obtained in 1972 from the Wason (now John M. Echok) Collection of Cornell University Libraries. All the other editions mentioned above have been used as comparison texts to reconcile problems appearing in the copy-text. Variations discovered in this process are indicated in the annotations to this translation.