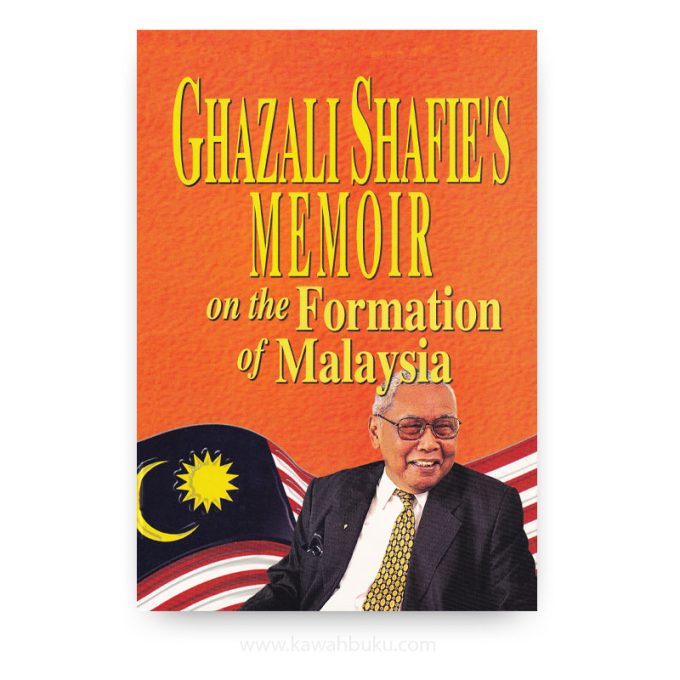 Ghazali Shafie’s Memoir on the Formation of Malaysia

GHAZALI SHAFIE (1922–2010) was a Malaysian politician and diplomat. He served in the Cabinet under four Prime Ministers, most notably as Minister of Home and Foreign Affairs from 1973 to 1984.

Ghazali Shafie’s Memoir on the Formation of Malaysia principally tells the story of the Tunku and his role in the formation of a Malaysia and the role of Tun Abdul Razak played in steering the Inter-Governmental Committee (IGC), the body which eventually paved the way for the independence of Sarawak and Sabah within Malaysia. In this memoir, Ghazali Shafie decided to chronicle the way these matters should be narrated. He felt he owed future generations an obligation to put national historical matters in the correct perspective. This memoir provides students of history and diplomacy with a text of great value.

Many books and articles have been written on the subject of the formation of Malaysia. Some have their own meanings and interpretations of events which took place. What the author has written is not a scholarly treatise but a narrative of events in which he was either present or directly involved. The author decided to put it down in writing after he had thought that well after thirty years these matters should be narrated as he saw them; he felt he owed it to future generations. According to the author, he had not kept a journal or diary but had jotted down a few notes of some occasions which helped him to refresh his memory of what took place and what he thought of them then. Therefore, his opinions of those events should be read with the backdrop of that time. For instance, the story as to why Brunei did not join Malaysia has been given several versions, and in this narrative, the author has given his perspective.

To the events and occasions mentioned, the author has given no references but they could easily be checked either through official records in the archives of Malaysia or the United Kingdom or from the back copies of newspapers. What he thought he have done in this narration is to highlight the role of the Tunku (Tunku Abdul Rahman Putra, the First Prime Minister) who was the main authority of the various policies keeping his cabinet colleagues continuously well-informed, particularly his deputy (Tun Abdul Razak) whose advice he never missed to seek. The Tunku was humane, thoughtful, kind and always human. Those attributes of the man were often clearly reflected in the private discussions he had with a number of people in the author’s presence which might not be found in any official documents. This narrative, therefore, is very much the story of the Tunku and his role in the formation of a country which we Malaysians love dearly. To the Tunku, we have reasons to be grateful.

With regard to Tun Abdul Razak, all honour and praise must be given to his particular role in steering the Inter-Governmental Committee (IGC) in fact the body which eventually gave the substance for the independence of Sarawak and Sabah in Malaysia. He was most tactful and understanding and able to accommodate those thorny questions which bristled during the IGC negotiations. His personal relationship with Lord Landsdowne, the Chairman and representative of the British Government, was superb. However, Tun Abdul Razak never failed to consult Tunku and his colleagues whenever he was faced with difficult issues. He also had the knack of keeping in confidence the officials working with him well-informed as to the disposition of the Malayan Cabinet in this project. Malaysia, in particular, Sarawak and Sabah owe this illustrious son of the soil a huge debt of gratitude for his monumental contribution. With regard to Brunei, the failure of the late Sultan of Brunei, Sir Omar Ali Saifuddin to be convinced that the constitutional position of His Highness had to be consistent with the position of the other rulers. The author knows the late Tun Abdul Razak, and despite the many words of comfort and encouragement, considered that it was a shortcoming in the whole exercise.

As for the author, he rests with the happy thought that he had been extremely lucky to have been tasked by the late Prime Minister Tunku Abdul Rahman Putra and the Malayan Government to actualize what he once regarded as an unreachable dream, liberating millions from vestigial colonialism. Once in a while, history would offer a person the rare opportunity for him to participate directly in charting its course. And the course of history has forcefully brought home to the author that “Bersatu Bertambah Mutu” and shared political power endures.