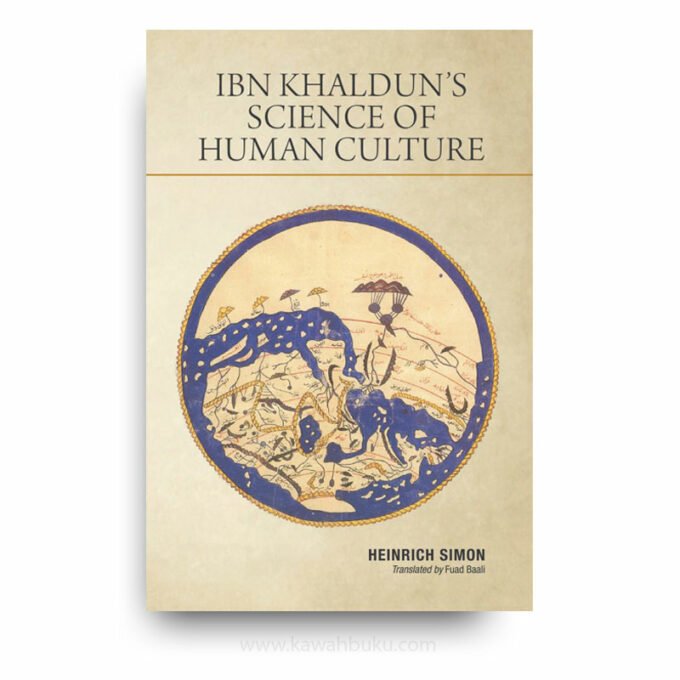 HEINRICH SIMON (we have no idea who is this guy)

The Other Press (First Published, 2020)
163 pages including Index

Ibn Khaldun’s Science of Human Culture is an English translation of Heinrich Simon’s Ibn Khaldūns Wissenschaft von der menschlichen Kultur with a purpose to make Ibn Khaldun’s ideas and contributions more accessible. The German scholar’s chief purpose in writing the book is to establish the connection of the Khaldun’s work with the philosophical tradition. He shows that ʿilm al-ʿumrān is something essentially new and that Ibn Khaldun was the first to attempt to formulate social laws. Apart from the connections with philosophical tradition and with the situation of Ibn Khaldun which will become apparent in the book, the book also considers whether such a view is compatible with the basic religious attitude toward history and whether Ibn Khaldun’s view of history is at all Islamic.

Ibn Khaldun’s career supplies the background for his attempt to condense historical experience into a system of scientific rules determining the rise and decline of social systems and to explain the patterns of historical change. He aims at a new science of the genesis and decline of cultures (ʿilm al-ʿumrān). This science, according to Ibn Khaldun, should have its own subject matter-human society-and its own problems-social transformations. In modern terms, he deals with processes that recur cyclically during relatively normal phases, but from time to time undergo sharp ruptures leading to fundamental changes of the systems. He himself had witnessed these in the form of the Black Death (which hit Tunis in 1348-49), the Mongol invasion, and the political and economic rise of Europe.

The core concept of Ibn Khaldun’s social theory is ‘asabiyya (group feeling, social cohesion), which, according to him, is the decisive force behind the rise of civilization. Today ‘asabiyya can be applied to economic development: that is, it can be construed as combining the commitment by leaders to development with a people’s strong motivation to achieve. The success or failure of development strategies during the last four decades has in fact been determined by these two factors rather than by conventional economic categories such as capital, natural resources, and (unskilled) labor. For Ibn Khaldun, ‘asabiyya emerges spontaneously among relatives and tribes. It is a relationship between persons who support each other. ‘Asabiyya can also extend to clients and allies when mutual interest is involved.

Ibn Khaldun thus defines the object of this new science which he founded: ‘it is human urbanization (al-‘umran al-bashari.) …; and the phenomena which are proper to it.’ What are these phenomena? They are primarily economic, political, moral, and cultural ones. In fact, ‘umran‘s definition remains open; the study of social phenomena, according to Ibn Khaldun, is never exhaustive. The question of the knowledge of ‘umran is solved initially by the definition of the field of study and by the establishment of the directions in which the investigation can be engaged. Ibn Khaldun speaks about urbanization’s problems (masail al-‘umran), and he distinguishes between fundamental problems and special ones.

In the Muqaddimah he studies mainly the fundamental problems, hoping that those who will follow these indications will look further into the study of the special ones. What is thus essential is to realize well the autonomy of the science of urbanization (‘umran ‘ilm mustaqil), founded on the reality of his project and the multiplicity of these real and distinct problems. Thus, he had to discover new rules, to invent a new method. In a certain sense, he devoted the Muqaddimah, the introduction of his universal history, to this task.