Kawah Buku > Economics and Political Science > Identity: Contemporary Identity Politics and the Struggle for Recognition
Out of stock 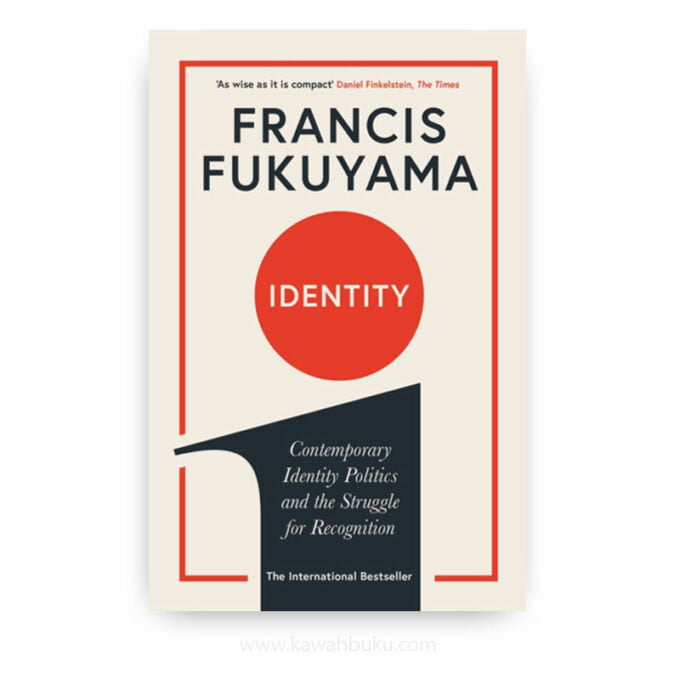 Identity: Contemporary Identity Politics and the Struggle for Recognition

Identity: Contemporary Identity Politics and the Struggle for Recognition explore the discourse of thymos, recognition, dignity, identity, immigration, nationalism, religion, and culture, and how the divisive impacts of identity politics affecting society in today’s world. In this volume, the author incorporates the Lipset Memorial Lecture on immigration and identity that he gave in 2005, and the Latsis Foundation lecture that he delivered in Geneva in 2011 on immigration and European identity.

Demand for recognition of one’s identity is a master concept that unifies much of what is going on in world politics today. It is not confined to the identity politics practiced on university campuses, or to the white nationalism it has provoked, but extends to broader phenomena such as the upsurge of old-fashioned nationalism and politicized Islam. Much of what passes for economic motivation is, I will argue, actually rooted in the demand for recognition and therefore cannot simply be satisfied by economic means. This has direct implications for how we should deal with populism in the present.

According to Hegel, human history was driven by a struggle for recognition. He argued that the only rational solution to the desire for recognition was universal recognition, in which the dignity of every human being was recognized. Universal recognition has been challenged ever since by other partial forms of recognition based on nation, religion, sect, race, ethnicity, or gender, or by individuals wanting to be recognized as superior. The rise of identity politics in modern liberal democracies is one of the chief threats that they face, and unless we can work our way back to more universal understandings of human dignity, we will doom ourselves to continuing conflict.

Increasingly, the demands of identity direct the world’s politics. Nation, religion, sect, race, ethnicity, gender: these categories have overtaken broader, inclusive ideas of who we are. We have built walls rather than bridges. The result: increasing in anti-immigrant sentiment, rioting on college campuses, and the return of open white supremacy to our politics. Identity is an urgent and necessary book: a sharp warning that unless we forge a universal understanding of human dignity, we will doom ourselves to continual conflict.

1. The Politics of Dignity

2. The Third Part of the Soul

4. From Dignity to Democracy

10. The Democratization of Dignity

11. From Identity to Identities