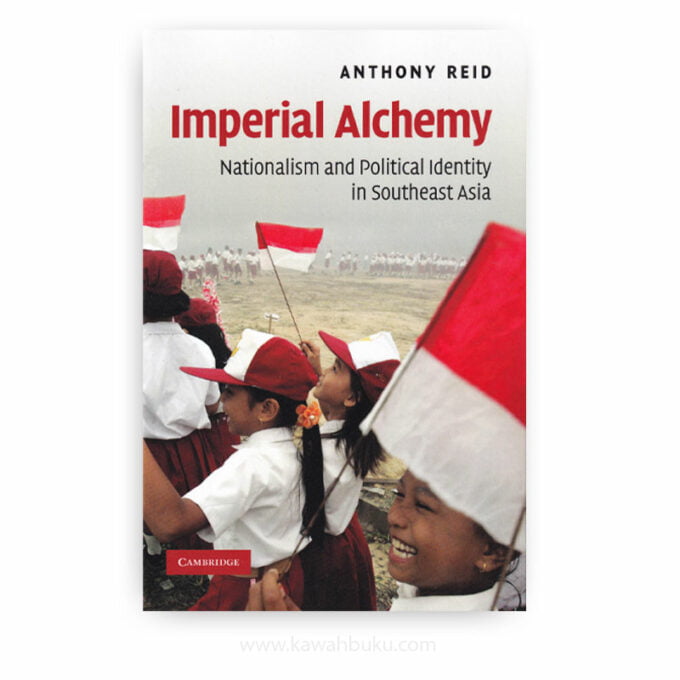 Imperial Alchemy: Nationalism and Political Identity in Southeast Asia explores the mysterious alchemy by which new political identities have been formed in taking Southeast Asia as an example. Reid tests contemporary theory about the relation between modernity, nationalism, and ethnic identity. Grappling with concepts emanating from a very different European experience of nationalism, Reid develops his own typology to better fit the formation of political identities such as the Indonesian, Malay, Chinese, Acehnese, Batak and Kadazan.

The five essays on the historical development of concepts of ethnicity among the Chinese, Malay, Acehnese, Batak and Kadazan or Dusun communities of Southeast Asia form the core of the volume’s substantive content. These are preceded by two on the larger and oft-discussed controversies over the nature of nationalism and followed by a very brief set of concluding remarks. Not all of Reid’s arguments will find acceptance among other scholars of nationalism and notions of political identity, or the relationship between the two phenomena. To some extent, he attempts to contend that there is something different about Asian nationalism in contrast to the phenomenon in Europe or elsewhere. In addition, he attempts a “typology for Asian nationalism”, covering familiar ground, but including a new concept of nationalism as “outrage at state humiliation”.

The essay on the evolution of overseas Chinese conceptions of who they are relative to their “host” populations, and vice versa, summarise effectively the literature on this much-discussed topic. Students will find it particularly useful. The essay on the Malay, essentially a discussion of how usage of the term Malay or Melayu has been transformed through the centuries, is a useful reminder of the interaction between identity and currently reigning concepts and linguistic constructs.

The three essays on Aceh, the Sumatran Batak, and the Kadazan or Dusun illustrate other aspects of the topic and are the most important parts of the volume. Reid argues that Aceh’s sixteenth-century connection with Turkey set it apart from other Malay sultanates and helps to explain the resistance of people there to absorption into the post-1949 Indonesian state. The lingering memory of Aceh’s monarchic past provided the core of identity and hence its link with independent political power. The essay on the agglutination of many smaller linguistic communities in the highlands of Sumatra to form the notion of the Batak provides an interesting point on how identities are often created not by the people themselves, but by outsiders.

Thus, he demonstrates how the term Batak was a collective term for highlanders used by lowlanders, just as Karen and other now widely used names of highly diverse peoples are used in Myanmar. More contemporary politics resulting from the nature of Malaysia’s modern political system are used to illustrate how institutional and personal interests are implicated in creating, perpetuating and manipulating ethnic identities in a modern democracy.

The title implies that the processes of change that have led to the formation of modern notions of nationalism and sub-state level ethnic identities were a natural and perhaps even to be expected phenomenon. To account for the transformations, creation or combination of identities in modern Southeast Asia as a seemingly magical process misses out on the huge human challenges that process created. Ways of life were lost, new ones created, and many people died in both creating and resisting the process, which is hidden in the notion of Imperial Alchemy.

3 Chinese as a Southeast Asian ‘other’

4 Malay (Melayu) and its descendants: multiple meanings of a porous category