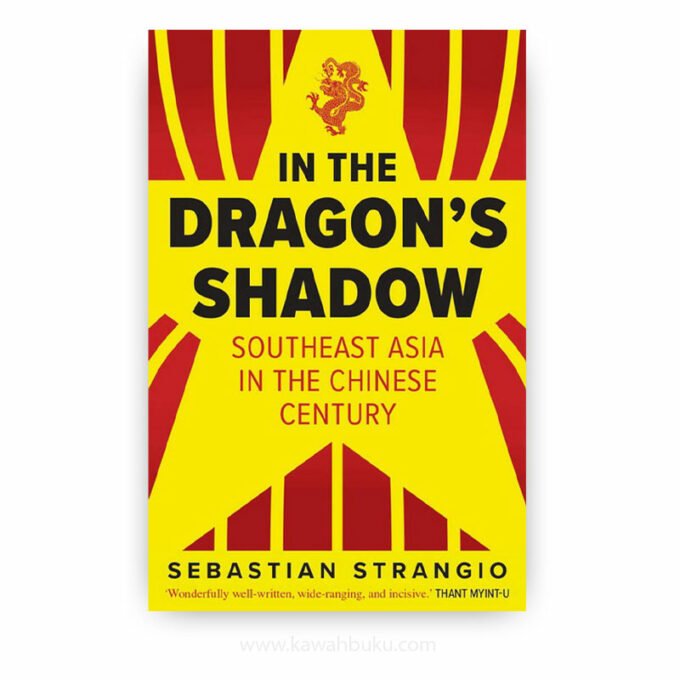 In the Dragon’s Shadow: Southeast Asia in the Chinese Century

SEBASTIAN STRANGIO is a journalist, author, and analyst focusing on Southeast Asia. Since 2008, his writing from the region has appeared in Foreign Policy, The New York Times, The Economist, The New Republic, Forbes, Al Jazeera, and The Atlantic, among many other publications.

In the Dragon’s Shadow: Southeast Asia in the Chinese Century offers a new study exploring relations between China and the nations of Southeast Asia, not only examining China’s contemporary involvement in the region but also providing historical context and reflecting on the implications for the twenty-first century. This book sets a high standard for future scholarship in this area, as the author’s grassroots knowledge and journalistic skills have crafted a convincing and informative work.

Strangio’s work is a timely addition to both the literature considering China-Southeast Asia relations and the increasing number of approachable books that explore the economic and political dynamics of the rapidly changing world we live in. Timely is a keyword here: firstly, as this work to some degree rectifies the neglect of Southeast Asia in terms of accessible scholarship. Secondly, as COVID-19, the presidential transition in the US and Brexit in the UK all develop, both China and Southeast Asia stand to play a key role in how the rest of the twenty-first century might evolve. It is into this opening that this book fits, aiming to illustrate not only China’s contemporary involvement across Southeast Asia but also the historical context for this and what this might mean for the future.

From Vientiane to Johor Bahru, China’s banks, energy companies, tech firms, and real-estate conglomerates were an increasingly visible presence; so too were its students, tourists, and businesspeople. In the borderlands separating China from mainland Southeast Asia, new infrastructure and transport networks were ploughing through ancient geographic barriers, opening remote areas to a transformative southward sweep of Chinese capital and immigration. In the South China Sea, which laps the shores of eight Southeast Asian nations, Beijing was asserting its naval power and constructing artificial islands, complete with airstrips and radar installations, in defence of audacious maritime claims. Meanwhile, China’s cultural power was washing over the ethnic Chinese communities of the region, altering ideas of what it meant to be Chinese in Southeast Asia.

Southeast Asia is unusually exposed to the expanding power of the new China. Three Southeast Asian nations share land borders with China, and five are directly affected by its claims in the South China Sea. All dwell in the lengthening shadow of its power: economic, political, military, and cultural. The numbers alone tell a striking story. In 2007, China surpassed the US to become the third-largest trading partner of Southeast Asia after Japan and the European Union. Two years later, it had leapt into the first position. In 2012, it became the largest source of tourists to the region as well. While Chinese investment in Southeast Asia has grown more slowly, it now sits behind just Japan as the region second-biggest source of foreign investment.

How Southeast Asia views and responds to the challenge of China rise has global implications. The region is home to a young and growing population of 650 million, with a $2.8 trillion economy that is the fifth-largest in the world after the US, China, Japan, and India. By 2030, it is projected to rise to fourth place. Through the Association of Southeast Asian Nations (ASEAN), which unites ten Southeast Asian countries, it is an increasingly important player on the diplomatic stage. It straddles vital arteries of global trade, including the Straits of Malacca, one of the world’s busiest shipping routes. All this makes Southeast Asia of crucial strategic significance not just to China, but also to rival powers, including the US, which harbor concerns about China’s waxing power and ambition.

The interests of major powers have always collided in Southeast Asia. Fate gifted the region the gentle currents and strong monsoon winds that made it a hinge of global trade and a rich prize of empire. Starting in the sixteenth century, Southeast Asia was conquered and carved up by the Portuguese, British, Dutch, Spanish, French, and Americans, each bent on the pursuit of riches and glory. In the twentieth century, the region became a crucial arena of the Cold War, split between hostile communist and non-communist camps, a conflict that turned hot in the jungles of Indochina. As Chinas emergence stirs up anxieties across the Western world, Southeast Asia has once again become the focus of a global contest for power.

1. Pivot of the Indo-Pacific

2. Marching Toward the Tropics

4. Cambodia and Laos: Phobos and Deimos

5. Thailand: Bamboo in the Wind

6. Burma: Among the Cactus

8. Malaysia: Lord of the Ringgits

10. The Philippines: Slouching Toward Beijing