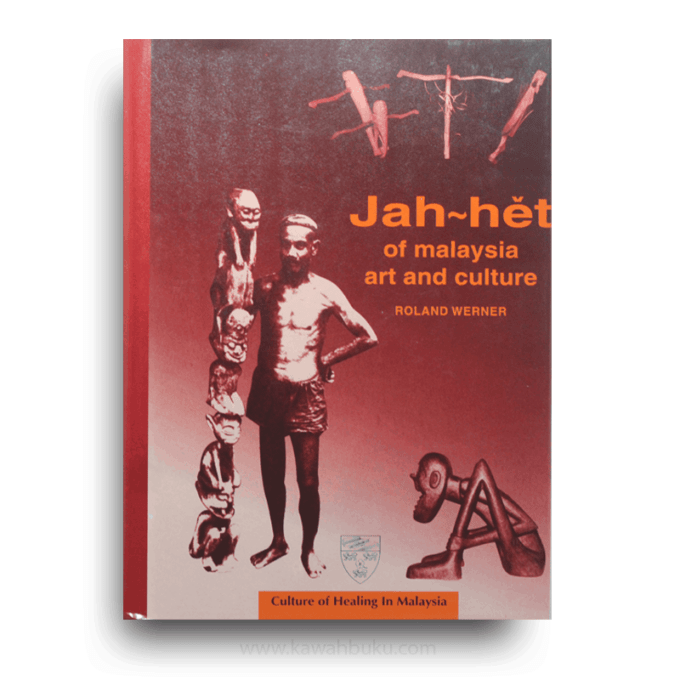 Jah-hĕt of Malaysia: Art and Culture

If you purchase this book you will earn 36-50 reward points!

Jah-hĕt of Malaysia: Art and Culture deal with the Jah-Hĕt tribe of Central Pahang, Peninsular Malaysia. It is a continuation of the author previous works on the Malayan Aborigines, following the publication of Nose Flute Blowers of the Malayan Aborigines (Orang Asli) and a book on Mah-Meri and Culture. The author research on the Jah-Hĕt tribe started in 1967 together with his studies on the Mah-Meri.

The Jah-Hĕt tribe (Jah = Orang, Hĕt = Tidak) who live only one hundred and fifty miles away from the sea-born Mah-Meri of the Selangor coast differ considerably as far as their artistic expression in wood-carving is concerned. While Mah-Meri art can be based on a kind of baroque principle, the art of the Jah-Hĕt is more geometrically orientated.

With a collection of about seven hundred spirits (bés) and their stories and nearly five hundred photos of their sculptures, a study of their daily and spiritual life is presented.

The purpose of this publication is to collect and preserve for the future the culture of a minority group at the time when traditions are continuously abandoned, old values substituted for new, and assimilation into other ethnic and cultural societies of the modern world is in progress. However, the spirits of the Jah-Hĕt expressed through their carvings might still continue in one way or another to influence part of their daily life in the future when most of a “glamorous pagan past” has been forgotten.

The worldwide positive response to this work published in 1975 made it necessary to produce a second edition. It comes together with the third edition of the Mah-Meri book and indicates the continuous interest of the national and international readers in this subject of very creative and genius “jungle people”.

Since the first edition was published 23 years ago some changes have taken place, e.g. the location of the village. The ceremonies, rituals and other procedures which were described in the first edition of the Jah-Hĕt book and also in the new book Bomoh-Poyang: Traditional Medicine and Ceremonial Art of the Aborigines of Malaysia had taken place in Kampung Sungai Kol with its traditional longhouses.

Since these tribal houses have been substituted by “modern” wooden structures with closed walls and metal roofs, people who were not accustomed to this type of home complained of accumulation of extreme heat and lack of air ventilation. Increased perspiration, the tendency to “colds” and disturbance of sleep of their children have been the main factors for a number of families to vacate these houses and to move from their original village deeper into the jungle, where living in their traditional longhouses is still possible and the surrounding nature is “genuine”.

This division of an original very closed tribal community creates problems not only in daily life but also with regard to spiritual, ritual and ceremonial matters. Therefore “life” is no more the same as previously and SPIRIT WOODCARVINGS which the author collected 20-25 years ago and photographed and described in the first edition of the Jah-hĕt book nowadays often lack the former original quality and geometrical genius because of mass-production due to the increased demand by the “tourist trade”.

Jah-hĕt of Malaysia: Art and Culture provide the reader again with the “original flavour” of Jah-hĕt life and art which is to be considered as an important contribution to the Malaysian multicultural heritage. Part of this volume deals with aspects of illness (disharmony), healing and spiritually combating diseases with the BĚNI’SOY Ceremony (EXORCISM). It has taken me many years of cooperation and only after the author became a member of this community did he obtain permission to attend and record this secret and sacred healing ceremony.

Because of the impact of this culture and its “healing culture”, Jah-hĕt of Malaysia: Art and Culture become part of the CULTURE OF HEALING IN MALAYSIA SERIES / THE CULTURE OF HEALING OF ABORIGINES AND INDIGENOUS PEOPLES Sub-Series (Volume 2), which the author introduced in 1991.