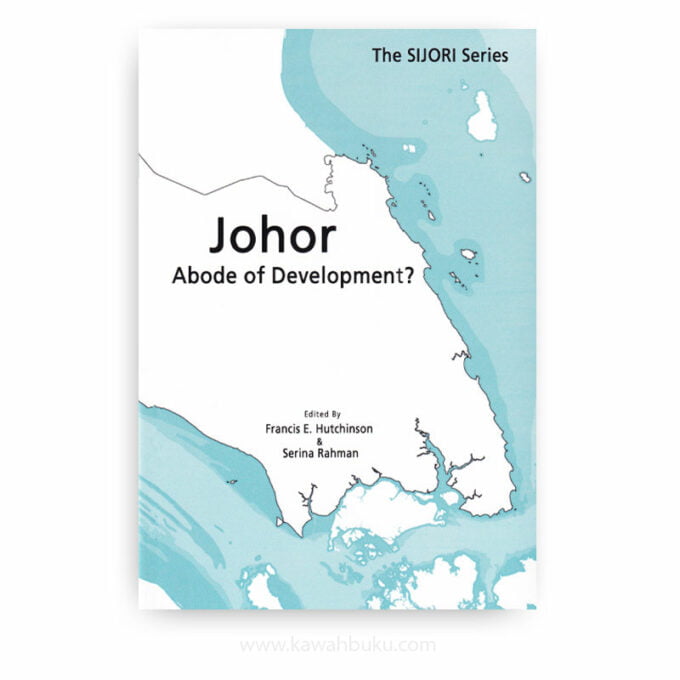 Johor: Abode of Development? focuses on this important Malaysian state, as it deals with important domestic challenges on one hand and strives to engage with international markets on the other. In 1990, the Malaysian state of Johor—along with Singapore and the Indonesian island of Batam—launched the Growth Triangle to attract foreign direct investment. For Johor, this drive was very successful, transforming its economy and driving up income levels. Today, Johor is one of Malaysia’s “developed” states, housing large clusters of electrical and electronics, food processing, and furniture producing firms.

While welcome, this structural transformation has also entailed important challenges and strategic choices. After three decades, Johor’s manufacture-for-export model is under question, as it faces increasing competition and flat-lining technological capabilities. In response, the state has sought to diversify its economy through strategic investments in new, mostly service-based activities. Yet, Johor retains pockets of excellence in traditional sectors that also require support and policy attention.

The state’s economic transformation has also been accompanied by far-reaching political, social, and environmental change. Not least, Johor’s growing population has generated demand for affordable housing and put pressure on public services. The strain has been exacerbated by workers from other states and overseas. These demographic factors and large-scale projects have, in turn, put stress on the environment.

These economic and social changes have also had political ramifications. While Johor is a bastion of two of the country’s oldest and most established political parties, the state’s large, urban and connected electorate has made it hospitable terrain for new political organisations. Beyond electoral politics, Johor is also the home of a powerful and influential royal family, with very specific ideas about its role in the state’s political life.

Johor: Abode of Development? has been three eventful years in the making. As the authors began to gather the stories, data and information that make up the pages of this publication, Malaysia was still under Barisan Nasional (BN) rule and under the leadership of Najib Razak. As the chapters began to take shape, the 14th General Elections captured everyone’s attention, and some research findings were released to the public to share the authors’ perspectives. Then, the unthinkable at the time happened—BN was voted out and Pakatan Harapan (PH) took over the reins in Putrajaya, with Mahathir Mohamad once again Prime Minister at the age of ninety-two.

As Malaysia’s people and myriad observers ran the gamut of emotions, expectations and critical reflection, the editor worked to amend the content to meet the changes of the day. Where possible, the authors tweaked content to include the unprecedented changes that were afoot and include projections of where the new regime might take the nation. The book was then sent to publication in 2019.

Just as the manuscript was going through the necessary processes of copyediting, proofreading and typesetting, however, a political commotion erupted once again in Malaysia’s halls of power. In what still remains a somewhat confusing turn of events, an attempted coup took place, Mahathir Mohamad resigned as Prime Minister, his own party, Parti Pribumi Bersatu Malaysia (PPBM or BERSATU) split into two, and the faction led by Muhyiddin Yassin pulled out of the PH coalition. The country was effectively without a government for eight days as various individuals sought an audience with the King for approval to regain or retain power. On 1 March 2020, Muhyiddin Yassin was sworn in as Malaysia’s 8th Prime Minister, leading a loose coalition of previously ousted parties under the banner of Perikatan Nasional.

Following this, the COVID-19 pandemic effectively ground the world to a halt. At the time of writing the prologue for this volume, Malaysian borders are closed, barring selected export of goods to Singapore and highly controlled returns of Malaysians working, studying or living overseas. The nation is on its 64th day of various permutations and phases of Movement Control Orders (MCO), and many in Singapore (where this book is being published) are also working from home.

Section I: Economics
2. Agriculture in Johor: What’s Left?
3. Johor’s Oil Palm Economy: Past, Present and Future
4. Johor’s Oil and Gas Sector: The Pengerang Integrated Petroleum Complex and Its Implications
5. The Private Healthcare Sector in Johor: Trends and Prospects
6. EduCity, Johor: Its Promise and Challenges
7. Tourism in Johor and Its Potential

Appendix
Sources for the Johor Maps