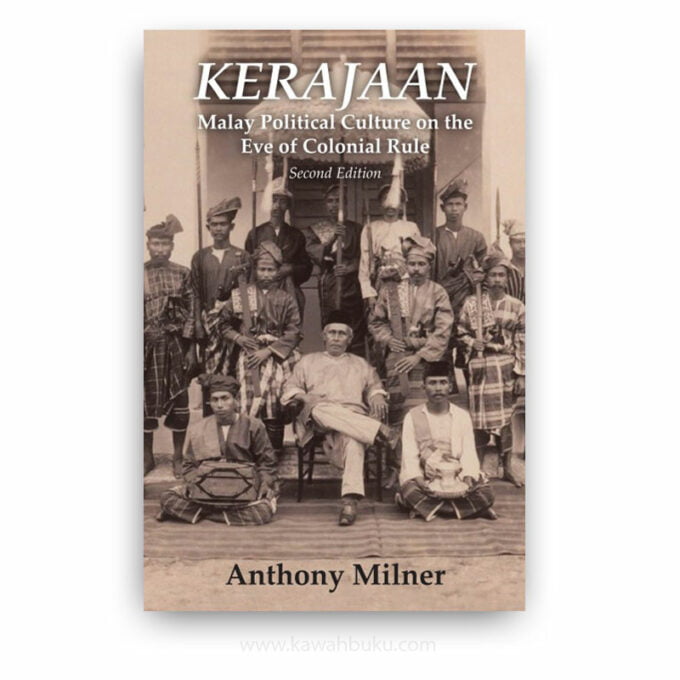 KERAJAAN: Malay Political Culture on the Eve of Colonial Rule

KERAJAAN: Malay Political Culture on the Eve of Colonial Rule is a pioneering, provocative study of Malay political thought on the eve of colonial rule—based on both Malay and European source materials, and addressing issues that continue to be critical in Malaysia today. Looking at it from the outside, nineteenth-century observers were able to identify a single “Malay world,” possessing common characteristics of language, dress, manners, religion, and custom as well as similar patterns of settlement and occupation. Yet, although among its peoples there may always have been some awareness of cultural unity, the Malay world never achieved an overall political unity.

Rather, it was a world of fragmentation and fluidity with the numerous rajas, shifting capitals, vague boundaries, and migrating populations. Governmental and legal structures were extremely loose; the Malay word “kerajaan,” often translated as “government,” “state,” or “kingdom,” connoted little more than “being in the condition of having a raja.”

European observers generally tended to concentrate on the study of Malay institutions rather than on the concepts that lay behind them and to interpret and evaluate those institutions in Western terms. A. C. Milner, the author of this interesting “case study in political culture,” has turned to Malay sources such as the hikayat or historical literature in an effort to discern the real character of Malay political motivation, to discover “the way in which Malays made sense of their political activity.” He focuses his analysis on two different situations in the Malay world of the nineteenth century: on the rise and expansion of Deli on the east coast of Sumatra and on the Pahang civil war in the Malay Peninsula. The Hikayat Deli and the Hikayat Pahang are used as “evidence of the preoccupations and categories of Malay political culture.”

An economic interpretation of Malay political motivation came naturally to the European observer. He saw, for example, the quest for control of the East Sumatran export trade, particularly the pepper trade, as the underlying motive of political action in that region. But, as the author of this study is concerned to demonstrate, the Malay raja was interested less in commerce than in personal wealth, because wealth was a means to power, and power was reflected and embodied in the size of his personal following and the number of his subjects.

Since any wealthy Malay might be a potential rival for power, the raja sought not only to increase his own wealth but also to prevent the accumulation of wealth on the part of his subjects. Wealth was the key to the raja’s power because it could buy the loyalty of leading subjects through the conferment of titles, dignities, and privileges and through the maintenance of costly ceremonial, celebration, and entertainment. Thus, it was wholly in the Malay tradition of kerajaan that the rajaship should be conventionalized and formalized and that the raja should be associated more with rites and ceremonies than with the task of actual rule.

All this was noted by European observers, who tended to brand the system as “oriental despotism.” They saw clearly that the Malay kerajaan did not conform to Western political concepts or categories, but they could not understand why. It was in fact less a political than a magicoreligious system. This valuable contribution shows what can be done when an enterprising scholar opens up new lines of investigation into previously worked materials and areas of study.

Foreword by Shamsul A. B.

Preface to the Second Edition

Preface and Acknowledgements to the First Edition

1. Introduction: The Malay World on the Eve of Colonial Rule

5. A Manual from East Sumatra

A Primer of Malay Political Culture by Tony Day

Note on Malay Plurals and Glossary of Non-English Terms