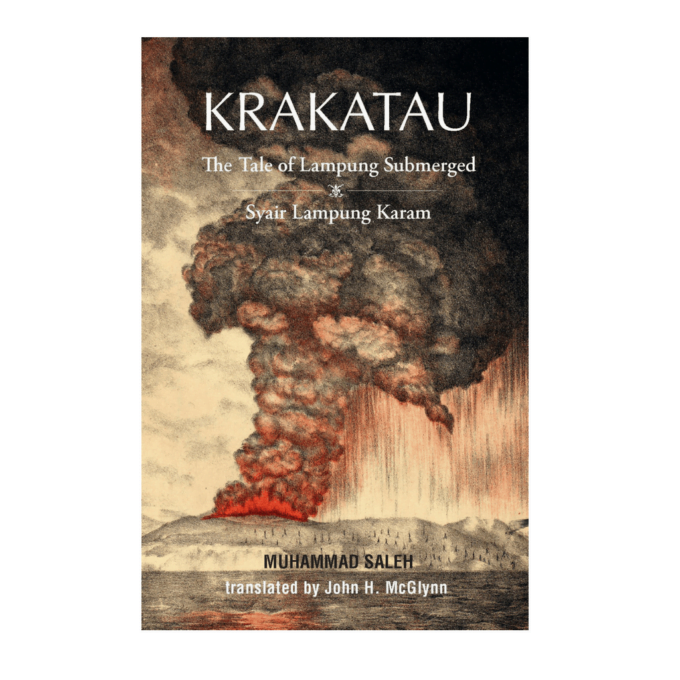 Muhammad Saleh was an eyewitness to the eruption of Krakatau.

John McGlynn is an experienced translator of Indonesian and a Director of the Lontar Foundation.

In August 1883 massive volcanic eruptions destroyed two-thirds of the island of Krakatau, in the Sunda Strait between Sumatra and Java. It was the day the world exploded. A tsunami wreaked havoc in the region, causing countless deaths, and shock waves were recorded around the world. Ash from the eruption affected global weather patterns for years.

Since that time Krakatau has been the subject of more than 1,000 reports and publications, both scholarly and literary but the only surviving account of the event written by an indigenous eyewitness Syair Lampung Karam (The Tale of Lampung Submerged), by Muhammad Saleh has only now, after 130 years, found its way into English translation.

“McGlynn’s literary tour de force is remarkable, but the republication of Muhammad Saleh’s classic should also give Indonesian readers pause for thought. What is this text telling them about their current historical myopia and ignorance of the natural world?”
Peter Carey

“Although there have been many books and papers, both popular and academic, written on Krakatau’s eruption and its horrific consequences, this translation adds to the extant body of knowledge, especially the responses to the event at the local level. This translation brings to light a text that has been effectively submerged from English readers for 130 years and, as such, is a cause for celebration among both academic and non-academic English readers interested in the history of the region.”
Stephen Joyce