Kawah Buku > Biography and Autobiography > Lat: My Life and Cartoons
Out of stock 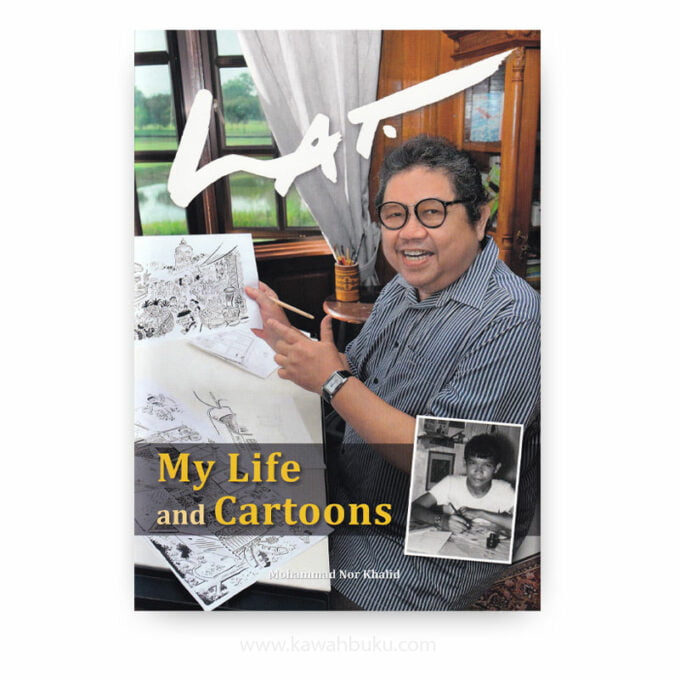 Lat: My Life and Cartoons

MOHAMMAD NOR KHALID or more commonly known as Lat, is a Malaysian cartoonist. He is the winner of the Fukuoka Asian Culture Prize in 2002 and has published more than 20 volumes of cartoons since he was 13 years old.

Lat: My Life and Cartoons chronicles the experiences and insights of veteran cartoonist Mohammad Nor Khalid—far better known as Lat, and includes the true stories behind his fictionalised versions published in his graphic novels The Kampung Boy, Town Boy and Mat Som. From his childhood spent in army camps and the city as much as in the kampung, through his early success as a cartoonist and his experiences as a reporter in 1970s Kuala Lumpur, and on to the heights and excesses of fame and celebrity, Lat tells his story with wit and self-deprecating charm. Along the way, he shares fascinating accounts of his travels to the UK, US, Japan and beyond, and the fulfilment of his long-held ambition to bring his work to life in animations and a multitude of other media.

Packed full of riotous high jinks, fascinating personal anecdotes, and a colourful cast of friends, family members and acquaintances, this autobiography is the richly detailed account of the man and his cartoons that have come to represent the collective memories of an entire country. In telling his story, Lat also shines a light on how Malaysia, the world and his craft have changed over more than half a century.

Already a commercially published cartoonist at the age of 13, Lat has gone on to achieve celebrity status and won the hearts and attention of millions with his inimitable style, wit and perceptive insights. In this entertaining yet surprisingly poignant memoir, he reveals the influences on his work, his dedication to his profession, his passion for music and the importance of his relationships with friends, family and fellow cartoonists.

PROLOGUE The Best Day of My Life

2. Back in the Kampung

9. Life as a Cub Reporter

15. A Distinguished Malaysian in the US

17. The Kampung Boy and Town Boy

EPILOGUE Full Circle: Ipoh and Beyond