Kawah Buku > History > Malaysia > Latah in Southeast Asia: The History and Ethnography of a Culture-bound Syndrome
Out of stock 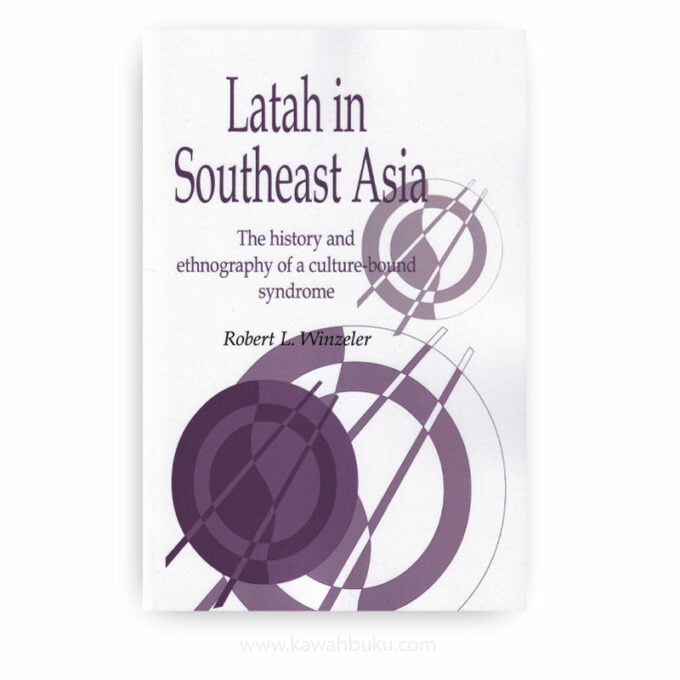 Latah in Southeast Asia: The History and Ethnography of a Culture-bound Syndrome

ROBERT L. WINZELER is professor emeritus of anthropology at the University of Nevada, Reno.

Latah in Southeast Asia: The History and Ethnography of a Culture-bound Syndrome critically review the literature on the subject of latah—the Malayan hyperstartle pattern, and presents new ethnographic information based on the fieldwork in Malaya and Borneo. The author considers the biological and psychological hypotheses that have been proposed to account for latah, and explains the ways in which local people understand it. Arguing that latah has specific social functions, the author concludes that it is not appropriate to regard it as an “illness” or a “syndrome.”

Latah, a complex of behaviors initiated by startle, and characterized by such highly visible and seemingly involuntary elements as foul language, sexual references, and extraordinary mimicry, has long intrigued those who have worked in Malaysia and Indonesia. The interest of anthropologists and others has been stimulated both by the colorful nature of the complex and by its contrast with normative behavior patterns of the area. Both Malays and Javanese are known for their emotional control, their sensitivity to the nuances of social interaction, and the tact and indirection that characterizes such interactions. Efforts to explain the existence and manifestation of latah have been numerous and highly varied. Robert Winzeler’s approach to understanding and explaining latah involves both a painstaking review of extant literature and extensive anthropological research carried out in Kelantan, Malaysia, and Sarawak.

Winzeler describes and analyzes what has been termed the latah paradox: how to reconcile the close symbolic relationship between latah and Malay/Indonesian culture with the occurrence of this complex in widely separate areas of the world. In short, how can a culture-specific syndrome also be cross-cultural? Winzeler’s approach to this conundrum involves establishing some useful distinctions between kinds of latah, coupled with some excellent comparative fieldwork. The key difference is between latah that involves an exaggerated startle reaction and latah that also includes apparently involuntary imitative behavior. The latter is regarded by Winzeler and by many Malays as ‘true’ latah.

Winzeler’s ethnographic evidence derives from fieldwork in Kelantan, Malaysia, a largely Malay, comparatively undeveloped, and very traditional Malay state on the east coast of Malaysia, and in Sarawak, the population of which includes the Sebuyau Iban, the focus of Winzeler’s study. Throughout his presentation of ethnographic evidence, Winzeler makes a convincing argument for the origins of latah as cultural rather than genetic. He is able to demonstrate the spread of latah from Malay communities to associated Chinese and Thais. Winzeler also carefully records Malay characterizations and classifications of latah, and subjects these to the same rigorous analyses he employs elsewhere.

As Winzeler concludes his brief work, he identifies three factors that reduce the latah paradox. These serve, as he suggests, “to nibble away at it from several directions until little of it remains”. His factors include a cultural familiarity with trance states, a “preoccupation with startle”, and a preference for “limiting the overt expression of strong emotion”. A consideration of these three factors and their relevance to imitative latah allows Winzeler to argue that many reports of latah patterns in other cultures are essentially references to hyperstartle reactions rather than to true latah.

Introduction: the problem of latah

Part I The problem of latah

7. Latah in Borneo
8. Latah and the lban