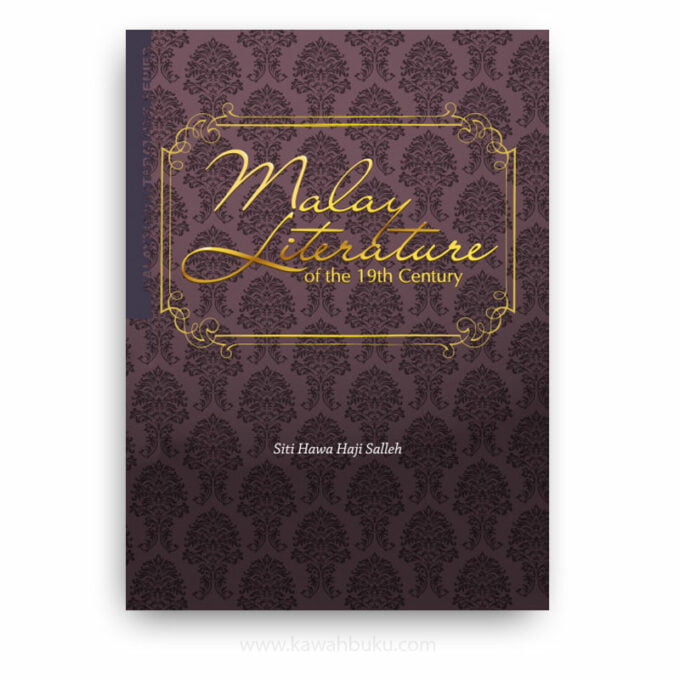 Malay Literature of the 19th Century

SITI HAWA HAJI SALLEH (b. 1940 – d. 2015) was a Malay literature expert and a former Professor at Universiti Kebangsaan Malaysia.

The focus of observation in this book was identified as the period of the 19th century because it was the period that left us with a large number of works and effects on the treasury of traditional Malay literature. It was in this century that the most number of Malay manuscripts were collected and copied to expand and perpetuate their distribution, later to be taken to Europe, eventually to become available material and the earliest to be re-published in the printed form when the tradition of printing began in the Malay world at the end of the 19th century.

The 19th century was also an era that witnessed diverse changes and reforms in Malay society, the same society that produced the traditional Malay literary works mentioned. Among the changes and reforms were the colonial system of administration, the system of modern education, the system of business and entry of foreign labour, and so on. These changes, whether via the systems of administration, education, or business and so on, brought reforms that had to be accepted by society, the effects of which were reflected in the literary works produced during this era. There is a great possibility that the wish and aspiration to continue to hold on to or be moored to something from the past encouraged the Malay society of the 19th century to continue to appreciate their traditional literary works. In this way, traditional Malay works had the opportunity to continue their development.

Through the collection/literary forms discussed in this book, it may be seen how developments in history, religion and knowledge greatly influenced the production of works of traditional Malay literature. This book also shows how social upheaval and transformation affected the thoughts and principles of life in Malay society, as reflected in works of traditional Malay literature.

Even though there is still a large number of Malay manuscripts that remain neglected and have not been systematically studied to assist in completing the description, there is also a significant number of studies that have been carried out. The information in the studies to date is sufficient in fulfilling the aims of the study. This effort is carried out in the awareness that new and current information may at any time be added to this study and such information may well improve, or indeed, change the images formed.

The materials used, especially in the form of manuscripts or traditional Malay texts, represent several genres in Malay literature such as religious literature, historical literature, legal literature, hikayat (tales or epics) literature and so on, from individual backgrounds of writing, development, influence and specific audiences that are unique. Besides, critical studies and assessment to a great extent involve the application of modern theories of anthropology sociology, history and literature. The application of several modern theories had to be included in the study in view of the great fascination among contemporary investigators of modern theories, whether literary or non-literary, in approaching traditional Malay literary works.

In this book, the author was not able to avoid commentary on studies on traditional Malay literary texts of previous scholars. Only in some cases is this book able to present a text that has not yet been discussed because it has been newly discovered, such as the Terengganu version of Tuhfat al-Nafis or Hikayat Shah Mardan that have been discussed in seminars, or the new Bima Malay Manuscript Collection that has only recently been made known to the general public.

CHAPTER 3: Review of Several Authors and Literary Works of the Nineteenth Century

CHAPTER 4: Classification of Types or Groups of Traditional Malay Literature

CHAPTER 5: Background to the Writing of Several Forms of Traditional Malay Literature

CHAPTER 6: The Role and Influence of Traditional Malay Literature