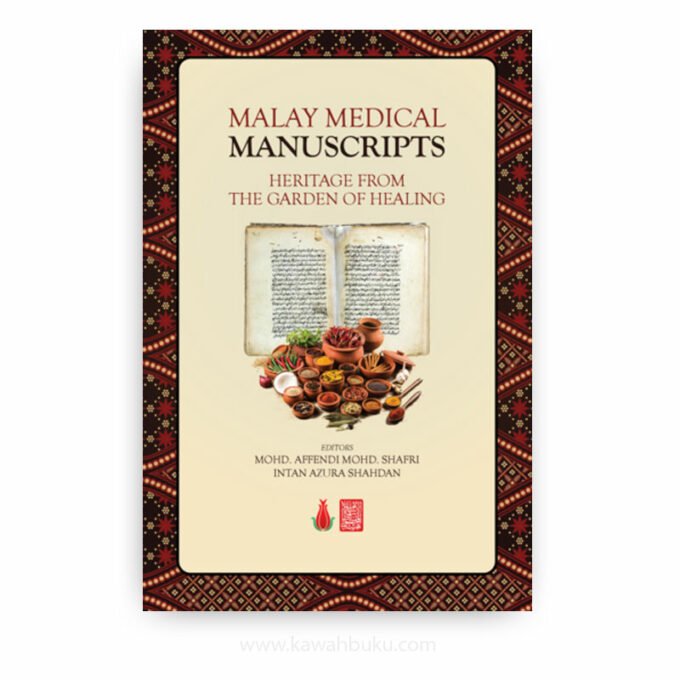 Malay Medical Manuscripts: Heritage From the Garden of Healing

Malay Medical Manuscripts: Heritage From the Garden of Healing presents a collection of articles by researchers across several different fields of specialities to give a multidisciplinary view of Malay medical manuscripts—the different texts, their contents, and their socio-intellectual significance. Thus, a philologist or a historian will be excited to read this volume, as much as a modern doctor, dentist, pharmacist, and scientist would find it relevant to their work.

The Malay Archipelago is like a garden rich in plants, animals, and minerals of medicinal benefits. The healing tradition of the Malays utilises these resources, and Malay medical practitioners documented their uses alongside descriptions of diseases in many manuscripts still extant today in libraries, institutions and personal collections.

The knowledge of the Malays in medicine is centuries old, and the study of their wisdom, contained in their oral as well as written heritage, is important to appreciate the past and to create the future. Malay medicine has been practised over a long period of time. It has enriched and has been enriched by the world’s civilisations. These dynamic and pragmatic features are the hallmarks of civilisations, thus, a study on Malay medicine has many other uses beyond uncovering the history of the healing culture of the Malays.

The majority of Malay medicine is based mainly on the consumption of herbal plants as medicine, but prayers and spiritual exercises also form the treatments for diseases. The principle of “cold-hot, wet-dry” which can be found in medical doctrines in parts of Asia, such as Greco-Arabo, Ayurvedic and Chinese medicines, is also found in Malay medicine. Another principle of Malay Medicine is the belief that the principal cause of diseases is the imbalance of humoral elements, brought about by several factors including food, drugs, wake and sleep cycle, and others.

The practices of Malay doctors and the medical beliefs of Malay society are documented in Malay medical manuscripts. It is through these manuscripts that we could glean the Malay materia medica, the contact, transmission and advances made over the centuries, and hence the socio-intellectual development related to health and medicine in the Malay world.

The study on Malay medical manuscript uncovers the breadth and depth of Malay-Islamic medical tradition, and provides an interesting insight on how Malay medicine stands in the midst of various other medical traditions available to humanity. Malay Medical Manuscripts: Heritage From the Garden of Healing hopefully expands and broadens the meaning of local wisdom and the application of such knowledge in medical and health practices. Future generations will be able to appreciate Malay medicine beyond its historical values, and may utilise Malay medicine to provide answers to many health, social and environmental predicaments associated with modern societies.