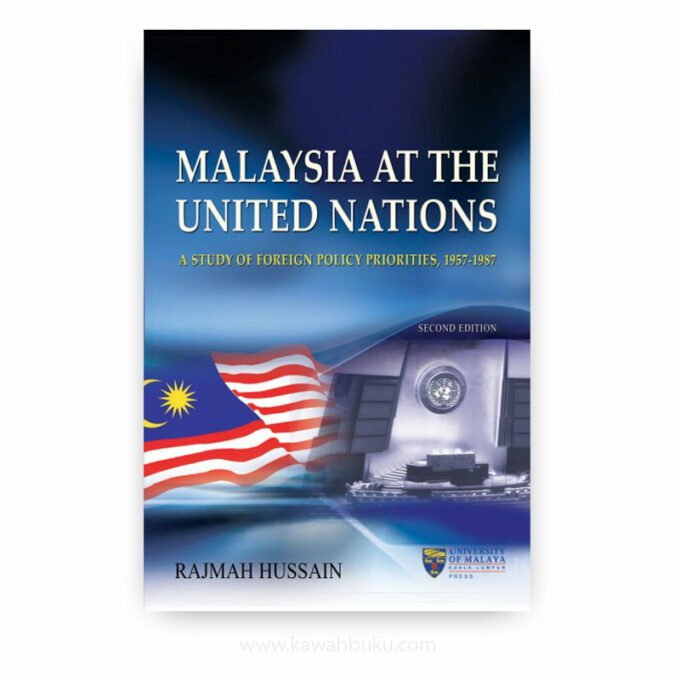 Malaysia at the United Nations: A Study of Foreign Policy Priorities, 1957-1987

If you purchase this book you will earn 10-14 reward points!

Malaysia at the United Nations: A Study of Foreign Policy Priorities, 1957-1987 set out to examine the changing nature of Malaysia’s foreign policy through the positions successive governments had adopted at the United Nations during the period 1957-1987. The United Nations serves Malaysia’s foreign policy in a conventional way by providing a universal meeting point and a vehicle through which to promote its interests. Of special significance for Malaysia is the way in which its international legitimacy was endorsed through United Nations intervention. For that reason, as a relatively small state, Malaysia has always accorded particular significance to its membership of the world body.

The changing composition of the United Nations has resulted in its domination by Third World states and an attendant rise in group diplomacy. In pursuing its interests at the United Nations, Malaysia has found it both practical and advantageous to operate on the basis of group affiliations. In view of its manifold characteristics, Malaysia is a member of almost every Third World caucus. Although this might appear to raise overriding conflicts of interest, Malaysia has, in the main, found that group diplomacy has enhanced its bargaining position, especially over issues affecting developing countries. Since Malaysia has increasingly identified itself with the Third World, the United Nations has served a practical purpose in attracting support for foreign policy priorities. Intra-group conflicts have proven to be a small price to pay for the larger benefits of group membership.

The concluding chapter of the book brings the analysis of the Malaysian perspective of the United Nations up to date based on the author’s experience as Ambassador and Permanent Representative of Malaysia to the United Nations and Other International Organizations in Geneva from 2001-2005 and in Vienna from 2005-2006, her coordination of the OIC and NAM groups in Geneva and Vienna when Malaysia assumed the Chairmanship of these groups in recent years as well as the author’s position as leader/member of the Malaysian delegation to the many UN meetings held in New York, Geneva, Vienna and elsewhere. This is in addition to the author’s earlier training as a UN Disarmament Fellow and her assignment as Desk Officer for International Organization and the UN Security Council at the Ministry of Foreign Affairs of Malaysia.

PART ONE — THE CHANGING COURSE AND CONTEXT OF FOREIGN POLICY

PART THREE — THE MECHANICS OF PARTICIPATION

14. Conclusion: Malaysia’s Experience and Perspective of the United Nations