Kawah Buku > History > Malaysia > Malaysia: The Making of a Nation
Out of stock 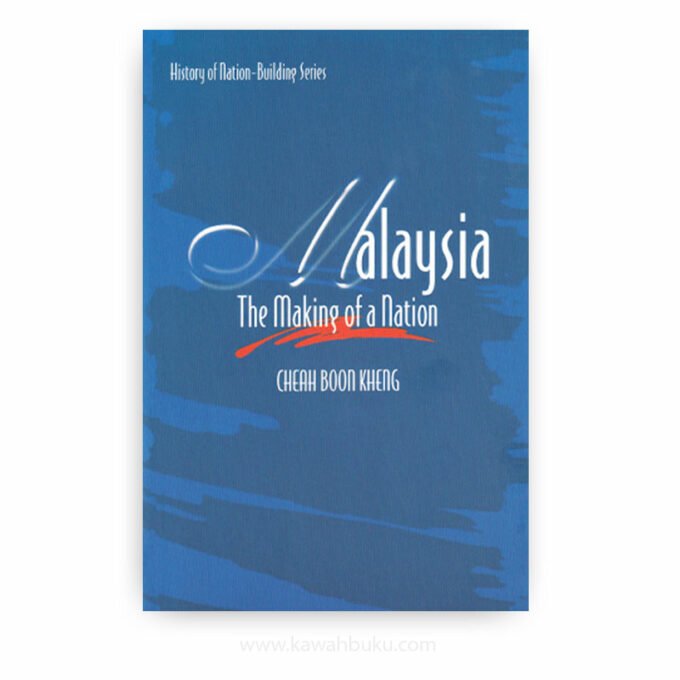 Malaysia: The Making of a Nation

CHEAH BOON KHENG was Professor of History at the Universiti Sains Malaysia.

Malaysia: The Making of a Nation is an account of the contest between Malay ethno-nationalism and Malaysian nationalism in the making of the Malaysian nation. In spite of Malay dominance in Malaysia, the author argues, the country has not become a “Malay nation-state”. This process has been checked by the rival forces of multi-ethnic “Malaysian nationalism” in peninsular Malaysia and the contesting nationalisms and communalism of the other indigenous communities, or bumiputra, in the East Malaysian states of Sarawak and Sabah.

The study focuses on Malaysia’s four Prime Ministers as nation-builders, observing that each one of them when he became Prime Minister was transformed from being the head of the Malay party, UMNO, to that of the leader of a multi-ethnic nation. Each began his political career as an “exclusivist” Malay nationalist but eventually ended up re-inventing himself as an “inclusivist” Malaysian nationalist.

Malaysia : The Making of a Nation starts with two chapters that provide an overview of the country’s post-war political history. The firstraces the formulation of the ‘social contract’ between 1945 and 1957, and the second examines how the inter-communal ‘bargain’ has worked out in practice since independence. The rest of the book discusses the regimes of the four prime ministers, one chapter being devoted to each. Cheah vividly portrays their temperaments, ideas, and working habits as well as the challenges they encountered and the circumstances in which they operated. Each had his own style and each acquired a soubriquet: ‘Father of Independence’ (the Tunku); ‘Father of Development’ (Razak); ‘Father of Solidarity’ (Hussein); ‘Father of Modernisation’ (Mahathir).

Although some appeared to be more fatherly than others, none shirked from the use of censorship and detention of ‘enemies of the state’. Indeed, successive regimes became increasingly authoritarian; state intervention, after all, was a tool of nation-building from economic planning to social engineering to the crudest form of dirigisme—cronyism. Nevertheless, while they differed in their strategies, all four strove to square the conflicting obligations to the Malaysian citizenry and ketuanan Melayu . As they did so, each prime minister, in turn, evolved from being an exclusivist Malay nationalist to becoming an inclusivist Malaysian nationalist.

It is ironic that the Tunku, who led the charge against Onn’s multiracialism in 1951, was humiliated by Malay ultras following 13 May 1969. It is doubly ironic that the Tunku’s arch-critic 1969, Dr Mahathir, should thirty years later become dependent on non-Malay votes as Malays deserted UMNO for PAS or were repelled by the treatment meted out to Anwar Ibrahim.

As is the nature of all political careers, each premiership ended in failure, or at least none was fulfilled. Tunku Abdul Rahman, a genial but astute leader, dealt in compromise until he ran out of options; Tun Razak set Malaysia on an apparently uncompromising new course but ran out of time; hamstrung by caution, Hussein Onn ran out of self-confidence; Mahathir presided over the transformation of Malaysia from an agrarian into a technological economy, only to run out of patience with his own Malays. Yet, failure to square Malay privileges with Malaysian rights was cushioned not so much by the rhetoric of Asian values or appeals to the universality of Islam as by the resilience of the Malaysian economy which continued to expand notwithstanding the slings and arrows of outrageous fortune in 1997-8.

Over the years, economic growth and diversification broke down barriers and bridged gaps within one plural society and drew the people of Malaysia into a different plural society—a plural society wherein communal antagonis was muffled by class formation and the communications revolution. As communities have become less homogeneous, however, nation-builders have found it harder, not easier, to implement the intercommunal ‘social contract’ that has been central to the making of Malaysia for the last half century.

Arguably, through this work, Cheah has produced a book that is a tribute to the discipline, skill, and humanity of the historian. Malaysia: The Making of a Nation is reliable, readable, and thoughtful, and, in addressing contentious issues, Professor Cheah Boon Kheng has reached balanced judgements.

Chapter One 1945–57: Malay Dominance and the Making of a Malay “Nation-State”

Chapter Three 1957–70: “Pluralism” in Nation-Building during the Tunku’s Administration

Chapter Six 1981–2001: The Changing Face of Mahathir’s Nationalism and Nation-Building