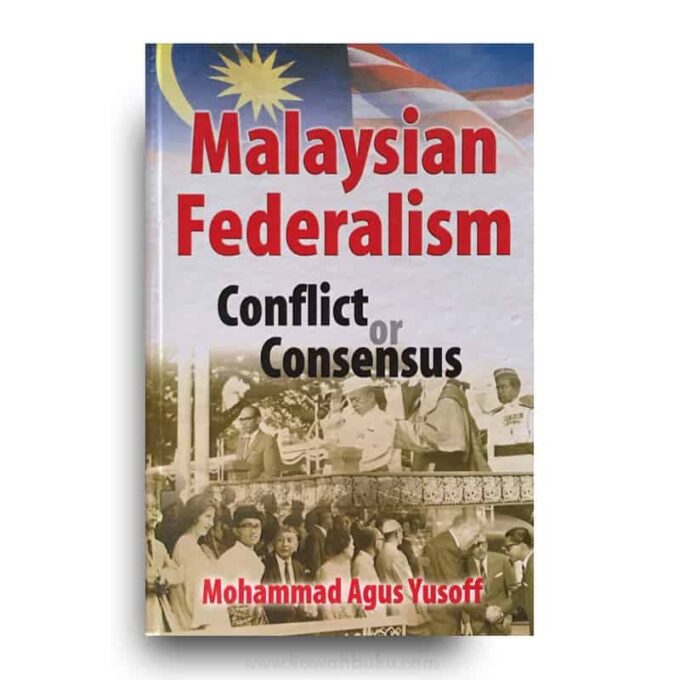 MOHAMMAD AGUS YUSOFF is an associate professor at the School of History, Politics and Strategic Studies, Faculty of Social Sciences and Humanities, Universiti Kebangsaan Malaysia.

Malaysian Federalism: Conflict or Consensus explores the historical and political developments immediately following independence in August 1957, particularly the process leading to the establishment of the Federation of Malaysia, including the subsequent separation of Singapore from Malaysia. The author investigates the distribution of legislative and financial powers laid down in the Malaysian constitution a topic which is important in order to understand the structural bases of centre-state conflict. Malaysian Federalism: Conflict or Consensus analyses the constitutional, political and financial issues that have characterised centre-state relations in Malaysia with special attention given to the states of Kelantan and Sabah. Also examined are the political developments that have taken place in the two states and the issues that led to conflicts between them and the central government.

Malaysian Federalism: Conflict or Consensus also discusses the implications of conflictual centre-state relations for political stability and the economic development of the states in question. The two states highlight a. level of conflict which thus far has been unusual in Malaysia since independence. The analysis has also made evident that the general potential for centre-state conflict remains significant within the Malaysian system. The author analyses the consequences of the concentration of constitutional and financial powers in the hands of the central government for sustaining the delicate balance of national and state priorities—economic as well as political—within the conflict-laden arena of centre-state relations.

Though the author will make use of such terms as ‘quasi-federalism’ (Wheare 1967, 28) or ‘decentralised unitarism’ (Gangal 1962, 248) in the following discussion, their application appears in some respects to be based on a rigidly conceived pattern of federalism. Such terms may confuse not only the nature of the structures that exist but also the goals towards which national development may be directed. For developing countries, the appropriate question may be not whether a particular federal structure conforms to a certain ideal model, but how it functions in practice and how adequately it appears to serve the needs of the society in question.

Within this general framework of concern, Malaysian Federalism: Conflict or Consensus intends to look at the actual practice of federalism within the context of a single Southeast Asian state—Malaysia—whose politics have been moulded by the presence of a particularly complex sociopolitical diversity arising from the coexistence of a number of distinct and sharply differentiated cultures. In Malaya and its successor Malaysia, a federal rather than a unitary form of government has prevailed as its guiding constitutional structure due largely to the communal character of its population, and not least to the insistence of the Malays, and later also the indigenous communities of Borneo, that their special position be guaranteed.

The emergence of Malaysia as a communal nation was a result of British policies in the late nineteenth and early twentieth centuries that brought in Chinese and Indian labourers to work in the then emerging mining and plantation sectors. Today Malaysia has large communities of Chinese and Indians as well as Malays and other indigenous groups (collectively known as the bumiputera). The estimated of Malaysia population in 1990 was 17.9 million, of which Peninsular Malaysia accounted for 14.5 million, Sabah 1.5 million, and Sarawak 1.8 million. In Peninsular Malaysia, the Malays make up 58.1 per cent of the population, the Chinese 31.4 percent, and the Indians 9.9 per cent. In Sabah, bumiputeras form 85.3 per cent of the total population and Chinese 13.8 per cent. In Sarawak, over 70 per cent of the population are bumiputeras, with Chinese Malaysians accounting for most of the rest.

This pattern of demographic distribution makes for complex sociopolitical dynamics which have had various advantages for the young state of Malaysia as well as pose many problems. Due to the fact that Malaysia is such a fragmented society, Milne and Mauzy (1978, 3) observe that every aspect in Malaysia’s everyday politics is dominated, and must be dominated, by considerations of ‘racial arithmetic’: “the racial composition of Malaysia is the key to Understanding the whole picture. It dictates the pattern of the economy, has helped to shape the constitution, and has influenced the democratic process of the country.”

Two manifestations of these racial cleavages are those of language and religion. With regard to language, the majority of the elite groups Within all three major ethnic communities speak English, and, increasingly, Bahasa Malaysia (the national language), but communication among other groups have tended to remain in their own vernaculars, except in the marketplace where “bazaar Malay” is commonly used.

In Sabah, the most common native language is Kadazan, and in Sarawak Iban, but many other languages are also widely spoken in both states. As for religion, virtually all Malays are Muslim; the majority of the Chinese community are Buddhist, but Christianity, Confucianism and Taoism are also practised. The majority of the Indian community, on the other hand, profess Hinduism. In Sabah and Sarawak, an appreciable number of Kadazans and Ibans axe Muslims and Christians, though traditional belief systems continue to have many adherents.

Be the first to review “Malaysian Federalism: Conflict or Consensus” Cancel reply