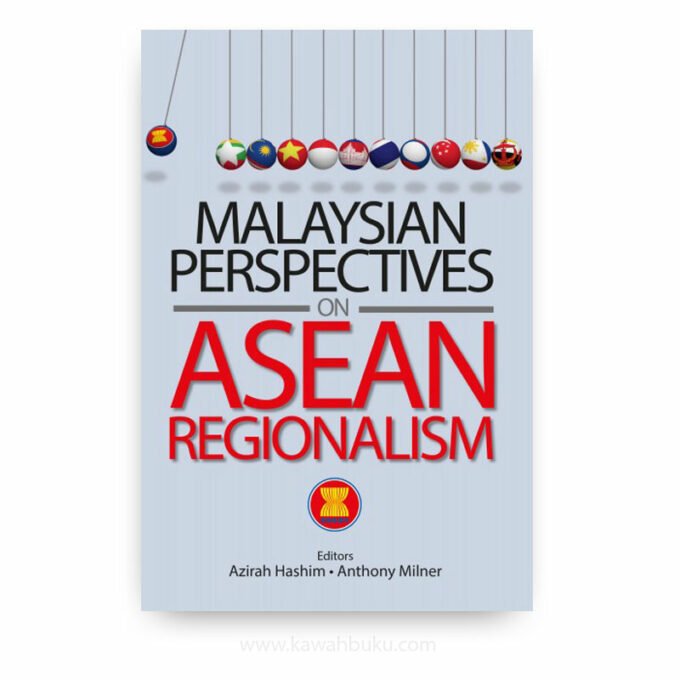 Malaysian Perspectives on ASEAN Regionalism underlines the central importance of ASEAN region-building in Malaysia’s foreign relations, but in doing so also highlights the recurring problem of how to balance regional against national objectives. The chapters cover a range of issues in ASEAN regionalism and indicate some of the ways in which Malaysia’s approaches are distinctive. It is often said that ASEAN is the “cornerstone” of Malaysian foreign policy. Malaysia’s approach to regionalism and community building, however, has not received enough analytical attention. A “consistent thread which has run through the fabric of Malaysian foreign policy,” according to Ghazali Shafie, a founding father of modern Malaysia, “is the belief in regionalism.”

The record supports this. Within a few months after independence, the Malayan Government was proposing a grouping of Southeast Asian countries. Then, in 1961 the Association of South East Asia was formed—and after that, in 1967, Malaysia became one of the five original members of ASEAN. It was Malaysia that argued for the concept of a Zone of Peace, Freedom and Neutrality (ZOPFAN), adopted by ASEAN in the Kuala Lumpur Declaration of 1971. In 1974, in consultation with ASEAN partners, Malaysia pioneered relations with China — and was also a leader in building engagement with the Communist states of Indo-China.

In 1990 Malaysia proposed an East Asian Economic Group—intended to bring ASEAN countries together with Japan, China and South Korea. Although the concept initially faced opposition, in 1997 the target countries gathered on the sidelines of the 1997 ASEAN Summit—in Kuala Lumpur—to create the ASEAN Plus Three (APT), which continues to be a vital regional grouping. In 2005, again in Kuala Lumpur, the East Asia Summit was launched as a forum for strategic dialogue—which today includes not just Southeast and East Asian countries, but also the leaders of the United States, Russia, India, Australia and New Zealand. In 2015, Malaysia was again Chair of ASEAN, overseeing the formal establishment of the ‘ASEAN Community,’ and arguing passionately that it should be constituted as a “people-oriented, people-centred” organization. Surveying this record of activity, Malaysia’s “belief in regionalism” is by no means mere empty rhetoric.

The study of Malaysian regionalism, however, is important for another reason. Over the last few years, we have seen an increasingly fluid and multiplex Asian region, in which not only major powers but also smaller states can be influential. In this developing situation it is becoming urgent to understand Malaysian and other non-Western thinking about international relations, including about regional institutions and regional community building.

3. Realism and Pragmatism as the Basis of Malaysia’s ASEAN Policy
– Bunn Nagara