Kawah Buku > History > Malaysia > May 13: Declassified Documents on the Malaysian Riots of 1969 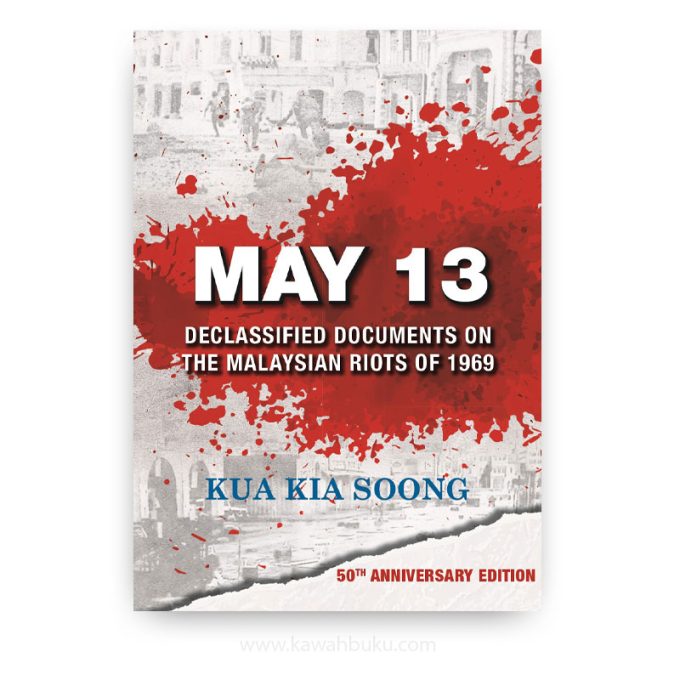 May 13: Declassified Documents on the Malaysian Riots of 1969

May 13: Declassified Documents on the Malaysian Riots of 1969 set out the thesis that the orchestrated pogrom against the ethnic Chinese in Kuala Lumpur in 1969 was actually an attempt by the emergent Malay state capitalist class to create a situation to justify the coup d’état against the Tunku in the state of emergency that followed. At the same time, this new ruling class set out to warn all challenges to the status quo that any questioning of “Malay Dominance” (Ketuanan Melayu) thereafter would face possible ‘May 13’ bloodletting. The evidence supporting the book’s central thesis clearly explodes the myth created by the UMNO ruling class that the May 13 Incident was a spontaneous riot between ‘the Malays’ and ‘the Chinese’ following the 1969 general elections, caused by “insensitive provocation by the Chinese-based Opposition”.

The tale of May 13, 1969, is part of our history. It is also part of our collective conscience. For people like the author who remember 1969 and many in the Chinese community in Malaysia, the ‘May 13 Incident’ was a pogrom against the ethnic Chinese in Kuala Lumpur to teach them a lesson for daring to vote for political change against UMNO. It was not the ‘racial riot’ between ordinary Malaysians. It was orchestrated. Certainly, the “official version” of this incident carries no weight among the ordinary folk in the community and that is why the publication of this book continues to provide a long-awaited catharsis for the country.

3. Record of the Riots

4. Foreign Assessments of the Regime Change