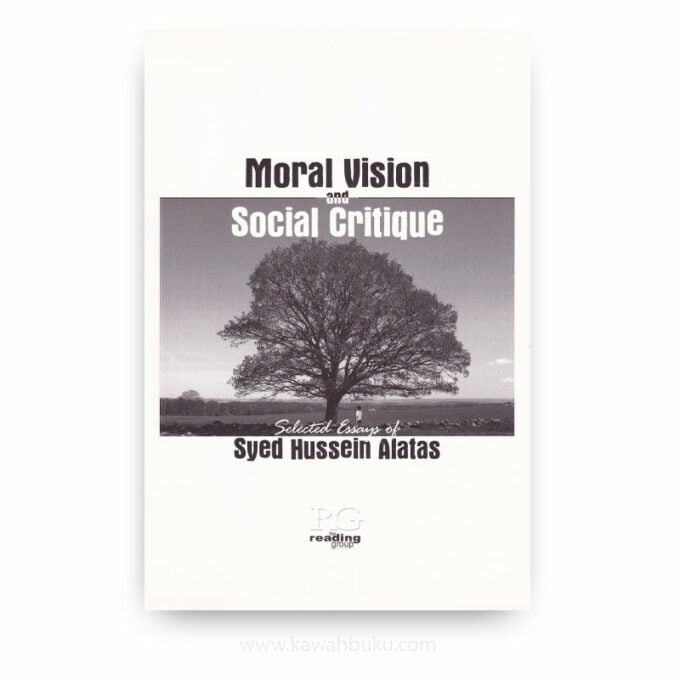 Moral Vision and Social Critique: Selected Essays of Syed Hussein Alatas cover a range of issues from the role of intellectuals to colonialism, sociology of religion, politics, education and press freedom, all of which displayed the sharp acumen, cogent diagnoses and moral courage of a thinker who is widely respected and hailed as the ‘father of sociological thought’ in Southeast Asia. This book aims to preserve the legacy of Alatas through offering his advice and insights that are still relevant to society’s intelligentsia who are entrusted with bettering the social condition of their time.

Many of the themes and leitmotif of Alatas’ works have been succinctly covered in the Introduction chapter of this book. Written by Azhar Ibrahim Alwee, this piece was first delivered in a Memorium Lecture held at the National Reference Library on 3rd February 2007. Ten short articles were selected for the purpose of this publication. Most of these articles were reproduced from now-defunct journals and magazines. The scarcity of these works made it more urgent for the publisher to reproduce them for the benefit of scholars, researchers, and lay readers alike. They cover a wide range of topics: the role of the functioning elite, colonialism, political thought, national integration, Islamic reform, cultural renewal, education, and the role of media. Some of these articles were written in the formative years of Alatas’ scholarly life. Four articles were written when he was still doing his postgraduate studies in the Netherlands. The rest were written at different intervals of his life up to the year 1999.

All of these writings, despite being written at different junctures of his life, displayed a typical non-compromising vigour in analysing an issue; the quality of thinking that was encapsulated in his writings became the hallmark of Prof. Syed Hussein Alatas. Yet, this publication is not and should not be an end by itself. To publish some of Alatas’ writings is only the beginning of a daunting task ahead. What needs to be done next is to socialise his ideas and insights among the intelligentsia. This is the crux of the argument put forth by Muhamad Zaki Jalil in the Epilogue. The socialization of ideas in society does not happen by a miracle or by pure coincidence. There are operatives in society that act upon an effective pedagogy. To employ the right pedagogy not by deception, propaganda or public relations exercise—but by moral persuasion based on reasoned arguments, needs to be given due attention by those who want to see substantive change in society.

1. The Intellectuals
2. Some Fundamental Problems of Colonialism
3. The Prerequisites of Asian Political Philosophy
4. National Integration
5. Elements of Islamic Culture
6. The Regeneration of Islamic Society
7. A Method of Studying Islam
8. The Meaning of Progress in Contemporary Education
9. Education and the Captive Mind
10. The Moral and Intellectual Foundation of Press Freedom

Epilogue
The Beginning of an End: Curriculum of Progress and Education of the Intelligentsia
– Muhamad Zaki Jalil