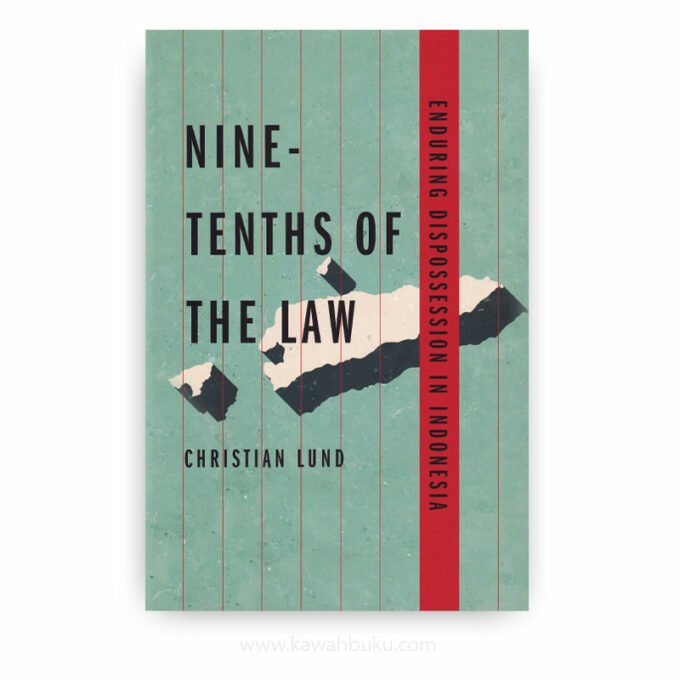 Nine-Tenths of the Law: Enduring Dispossession in Indonesia

CHRISTIAN LUND heads the global development section at the University of Copenhagen’s Department of Food and Resource Economics.

Nine-Tenths of the Law: Enduring Dispossession in Indonesia explores the relationship between possession and legalization across Indonesia, examining the imaginative and improvisational interpretations of law by which Indonesians navigate dispossession. The old aphorism that “possession is nine-tenths of the law” suggests that property rights are not merely about legal rights, but, more importantly, about social relations and the political and physical capacity to hold things of value: land, in particular. Possession, control of benefit streams, and the ability to exclude others from what is yours generally require instruments that can often seem more important than rights on paper. Work on access and powers of exclusion advocate approaches to the understanding of resource benefits and control that are not centered around the law.

Possession may be nine-tenths of the law, but the last tenth, recognition, still matters a great deal. Furthermore, recognition often takes the form of legalization, through efforts to make claims and decisions appear legal. And, crucially, this very plausibility of legality can have the effect of law. This book is therefore about how and why people and institutions work to make claims stick by legalizing them. It is about the relationship between legal recognition and possession. It is about how the last tenth of the law relates to the other nine.

Struggles over land form the focus of this book. People who want a place to farm, to build a house, and to make a living face competition from plantation companies, government authorities, national parks, forest authorities, urban developers, and others who equally have designs on the space. The book maps out the significant claimants in the cases of conflict and their fields of engagements with each other and with the ideas of land rights and law. Although violence is a big part of the conflicts, all actors also argue and legitimate their claims. Custom, established practice, need, and law are all mobilized to impress and convince the relevant public of the justice of the claims. It is striking, however, to what extent all actors try to make their claims look legal. The author therefore examines a variety of legalization strategies of the different parties. Struggles have outcomes, and while it is a challenge to read long-term implications, we can at least see what appears to develop; how do claims form, who prevails, and whose prospects are blighted as an outcome of the conflict.

The author interests are not so much in the technicalities of legislation or the inner consistencies of law. Instead, the author focus on law as a reference point and medium for social conflict, and on how law, as rules effectively sanctioned by public authorities, is mobilized or contested, and consolidated or modified. The focus throughout the book is therefore systematically on actors, their actions and arguments, and the institutional results. In this way, this book is an anthropology of postcolonial law.

The research was done in three different regions of Indonesia: West Java, North Sumatra, and Aceh, each home to the capitalist frontier in Indonesia of the seventeenth, nineteenth, and twenty-first centuries, respectively. West Java and North Sumatra have long experienced frontier convulsions as property regimes and social orders altered at the bidding of world commodity markets. More recently, Aceh has entered the vortex of the oil palm boom with wide-reaching consequences. Despite their obvious differences, the three areas share violent agrarian struggles and ingenious forms of legalization. Together, the three areas also demonstrate that capitalist frontiers are not appointed moments that pass, but extended moments—if moments at all. The regional history also demonstrates that anyone engaging in land politics is in it for the long haul.

CHAPTER ONE Possession Is Nine-Tenths of the Law