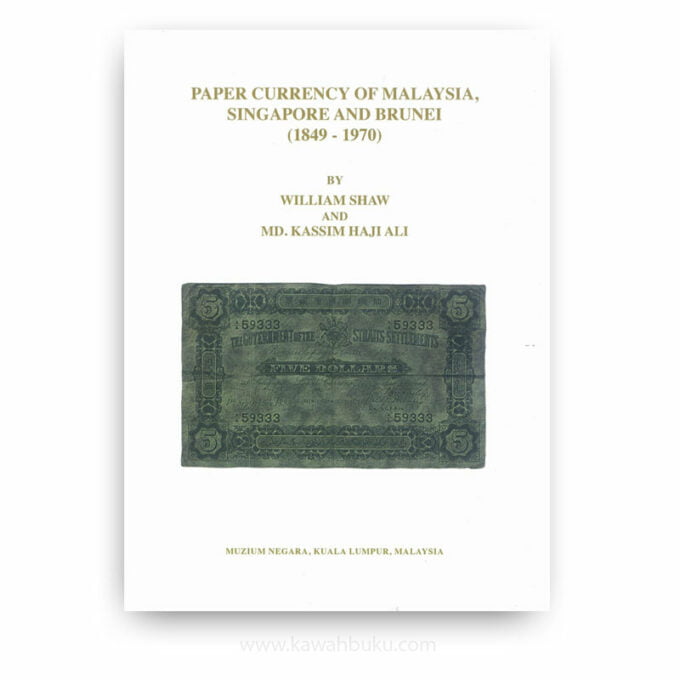 Paper Currency of Malaysia, Singapore and Brunei (1849-1970) is a catalogue and a brief history of the paper currency of Malaysia, Singapore, and Brunei that compiled by the Museum’s Department of Numismatics in early 1970. Unfortunately, however, unforeseen difficulties have arisen in obtaining information about, and adequate descriptions of, many individual specimens, or even a whole series of these bank and currency notes; so that this first edition is well below the standard originally aimed at.

During the Second World War many vital records, and also much of the early currency, were either destroyed or just disappeared. Time, too, has taken its toll on the printers and engravers who produced the banknotes and non-government tokens of the 19th century; and their records have departed with them. In the case of estates and other private issuers, the tracing of families concerned has proved difficult, and even appeals launched through the Malaysian national press have produced very little response.

It is to be hoped that by the time a second edition is warranted, members of the public, perhaps encouraged by the wider public that Malaysian currency is now receiving, will come forward with details of any paper currency, or other forms of token money, issued by their forebears. In doing so they may feel justifiable pride in making known some part of their own family’s contribution to one facet of the economic progress of their nation.

In history, an inscription that appeared on the banknotes of the Chinese Emperor Kublai Khan (1260-1294) threatened the death penalty for forgery, which shows that issuing authorities have been plagued by counterfeiters for almost as long as paper money has been in general circulation. Modern Malaysian currency notes carry no such warning, but rather depend upon specially manufactured paper, watermarks, metallic threads, and other security checks to make the forger’s task as difficult and as time-consuming as possible.