Kawah Buku > History > Malaysia > Patani: Cradle of the East (From Malay Kingdom to Thai Province)
Out of stock 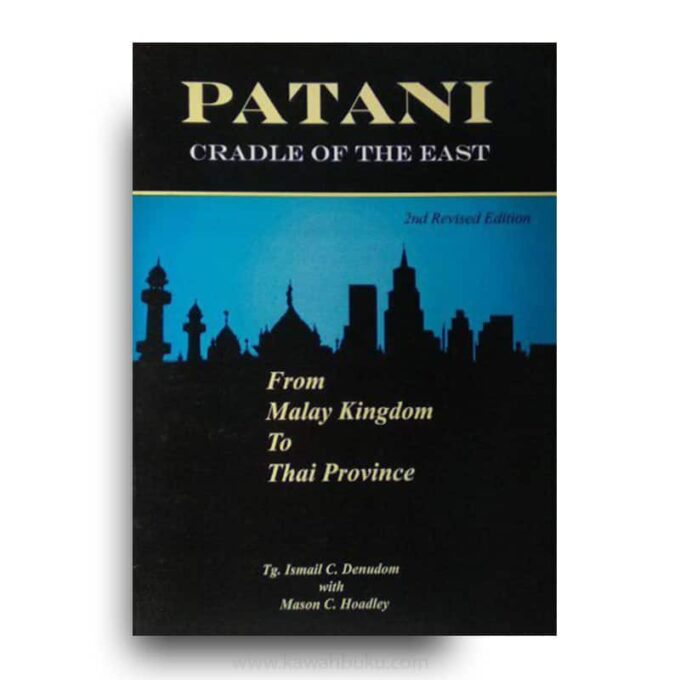 Patani: Cradle of the East (From Malay Kingdom to Thai Province)

Patani: Cradle of the East (From Malay Kingdom to Thai Province) is one of the scholarly works that narrates Patani’s past as expressed by Patani scholars deriving primarily from original Malay sources. The present work not only gives a picture of the kingdom as seen from within, one seeing the present rulers, i.e. the Chaktri Dynasty centered at Bangkok, as an external force impinging on the formerly independent Malay kingdom. At the beginning of a long work on the history of Patani, an indication of the division of labour seems necessary. The editor’s task has been that of an extended copy-editor. By putting the author’s words and thoughts into easily understood English, the aim has been to facilitate communication of the work’s intention, namely a history of the region written from a Patani point of view.

This point is particularly important. Most accounts have been filtered through Thai sources and/or influenced by the kingdom’s view that formulation of the history of areas coming under its rule is a sovereign prerogative. The official view that Patani (ปัตตานี in Thai) is—and by implication has been and will continue to be—a province within the Buddhist Thai kingdom has a further implication. The current ‘unrest’, a euphemism for the ongoing killing in an undeclared civil war, is an affront to the Thai kingdom’s democratic aspirations rather than a manifestation of the unreal assumptions subscribed to by the Bangkok government

As an antidote to highly politicized as ‘history’ written by the winners, the present work possibly errs on the opposite extreme. It is unashamedly Patani-orientated. In defense, one must note that it stands in contrast to whole libraries of Thai publications and Thai-oriented works, not to mention the enormous potential of (closed) Thai archival sources, which could greatly contribute to a future revision of the historical image. Its character as a corrective to mainline literature, however, has drawbacks. One of these is a degree of abandoning strict rules of documentation for all evidence in preference to relying primarily on Malay sources, which may seem weak or meager from a purely academic point of view.

In this respect, the editor has partially opted out of his capacity as a professional historian. More specifically, the weakness and gaps in the historical records, as well as the internal inconsistencies within the source materials, has been pointed out but led the author to determine how to respond. Thus, the author stands for the narrative’s content and tone; the editor for the English of the present text. Whatever points of historical controversy may turn up in the text, they should be examined and debated publicly rather than accepted or rejected solely on the basis of political correctness.

One shares with the author the hope that even with its shortcomings, Patani: Cradle of the East (From Malay Kingdom to Thai Province) can provide a much-needed alternative to how we view the past of the region in order to make some contribution to understanding the current conflict, an important element in any resolution to the advantage of all parties.