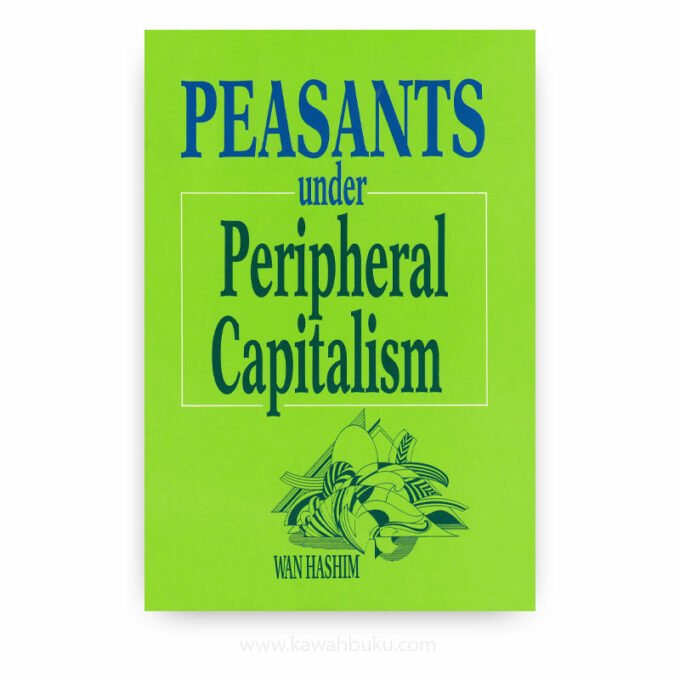 WAN HASHIM WAN TEH is Emeritus Professor and former Director at the Institute of Malay World and Civilization, Universiti Kebangsaan Malaysia.

Peasants under Peripheral Capitalism is a study of the transformation of peasant societies located within the sociological debate on the agrarian question. It seeks to examine historically and empirically the manner by which the peasantry has been transformed as a result of the extension and domination of the capitalist mode of production in a specific social formation. This study takes the view that there is a difference in the manner by which the “peasant problem” in the less developed societies is solved as compared with that in the now advanced countries of Western Europe. This difference can be shown through a study of the process in a peripheral social formation and to be compared with the historical experience of the advanced capitalist countries. This type of study can be meaningful only if the totality of the social formation in question, particularly the economic infrastructure, and the role of the state are taken into consideration. Of these, the state also plays an important role in directing the process of transition of the agrarian sector in the Third World social formation.

Related to the above is the second view that there are differences in the nature and the degree of transformation even among sectors of the rural economy in a specific social formation. This is attributed to the uneven nature of capitalist penetration and the difference in the rate of capitalist development among different types of the rural economy. In this case, it shall be demonstrated the differences of the impact of capitalism on agriculture and fishery where the logic of capitalist development in the fishery is similar to that in industry. Both views imply a rejection of the notion of a universal and unidirectional form of rural development or the process of transition to capitalism in a predetermined manner as often claimed by the modernization and development theorists, and even by some pseudo-Marxist theorists.

This study draws inspiration from some previous works on the theses of peasant differentiation and the agrarian question. This work is intended to provide pieces of evidence from a Third World social formation on the situation of the peasantry under the domination of a specific variant of capitalism, i.e. peripheral capitalism. Unlike the theses advanced by Lenin and Kautsky where the peasantry as a class would be dissolved and disappear under the impact of capitalism after going through the process of differentiation and polarization of classes, the argument is that this may not be so in the peripheral social formations where the peasantry is transformed by and under the domination of, peripheral capitalism. Peasants in the less developed countries are transformed and subsumed by capital without themselves being dissolved, albeit their process of production now forms as an integral part of the capitalist economic system.

1. Introduction
2. Theoretical Debates on the Impact of Capitalism on Peasant Societies