Kawah Buku > History > Social and Cultural > Perak and the Malays: “Sarong” and “Kris”
Out of stock 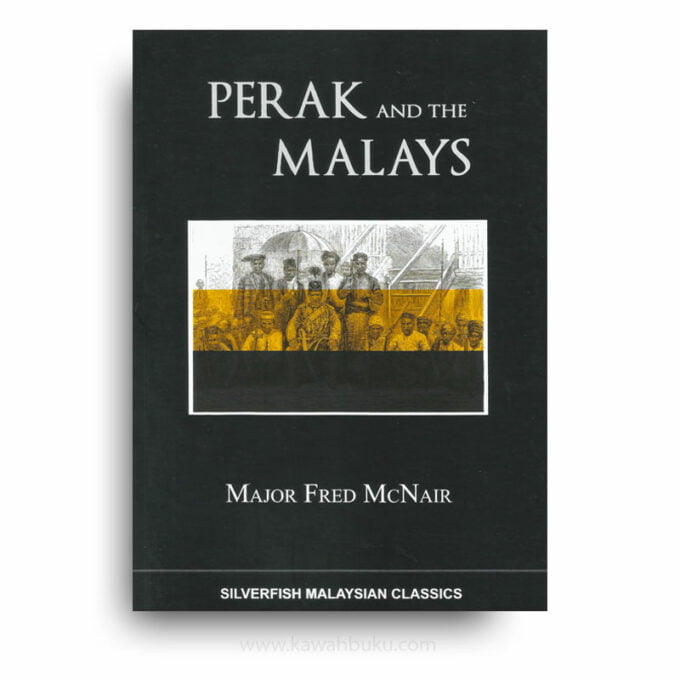 Perak and the Malays: “Sarong” and “Kris”

Perak and the Malays: “Sarong” and “Kris” by John Frederick Adolphus McNair is a detailed book on Perak from its history, people, religion, fruits, animals, sea-fish, insects, their dress, villages to Pangkor treaty and the future of Perak. Being in England on a few months’ leave of absence, for the purpose of recruiting his health, after a severe attack of jungle fever, contracted in Perak, it occurred to the author that a brief account of that comparatively unknown country and its people might not be alto­gether unacceptable to the English reader.

This Malayan State, it will be remembered, came into public notice in 1875-76, through the murder there of the British Resident—James W. W. Birch, and the despatch by the British Government of a combined naval and military force to exact satisfaction for the outrage.

As the author accompanied the Governor of the Straits Settlements on his progress through the country just prior to the disturbances and was also with the force subsequently sent there, the author enjoyed exceptional opportunities for observation, of which he availed himself, in making the notes which have since been embodied in this work.

The author says, in addition, that his general knowledge of the manners and customs of the Malays has been acquired during a residence of over twenty years in the Straits Settlements. The author indebted to the Reports which have been made from time to time by the various officers of the Government for the confirmation of his own opinions, and also for much valuable information gleaned by them in portions of the country which it was not his good fortune to visit.

For much of the past history of the Malays, the author has consulted the works of Crawfurd, Newbold, Loubere, Pritchard, Pickering, Marsden, and Dr. Vincent; Moor’s “Notes on the Archipelago,” and the Colonial State Papers—these being among the principal autho­rities that have treated of the origin and progress of this peculiar and wide-spread race; while, as the work is intended for general reading, the author has thought it better to omit all scientific terms.