Kawah Buku > Philosophy > Prolegomena to the Metaphysics of Islām: An Exposition of the Fundamental Elements of the Worldview of Islam
Out of stock 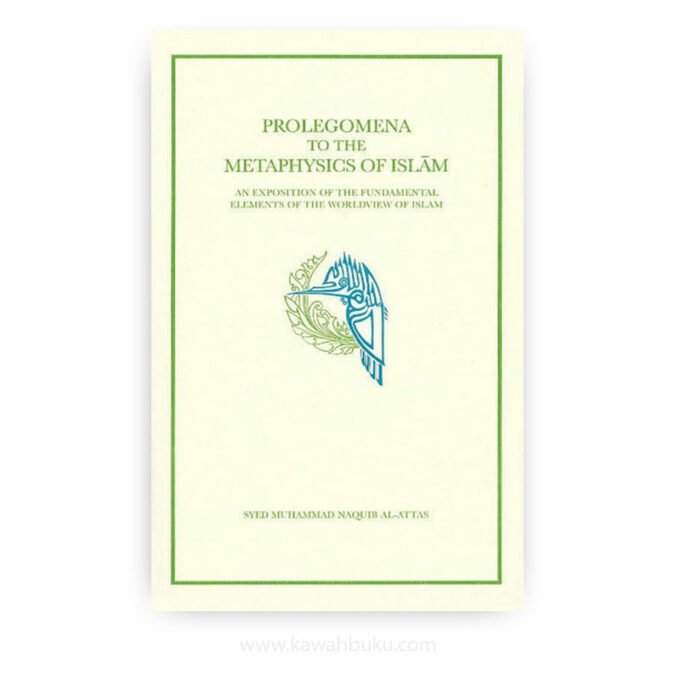 Prolegomena to the Metaphysics of Islām: An Exposition of the Fundamental Elements of the Worldview of Islam

Prolegomena to the Metaphysics of Islām: An Exposition of the Fundamental Elements of the Worldview of Islam defines, perhaps for the first time in the history of the intellectual and religious tradition of Islam, the meaning of worldview from the perspective of Islam. The definition is articulated in the gathering together of the fundamental elements in the vision of reality and truth that projects the worldview of Islam into a meaningful whole. This articulation of the definition involves also explanation and contradiction of the challenges to that vision encountered throughout the ages to the present time.

In our time, the greatest challenge is the surreptitious encroaching of secularization as a philosophical programme into the social consciousness. It insinuates its basic principles into the political, social, cultural, and even religious thought of influential people who possess command, who consciously or unconsciously articulate thought in words pregnant with secularizing consequences attractive to suggestible minds of the urban masses. Secular and materialistic value systems have their initial locus in minds, then there translated into linguistic symbols, and afterwards become manifest in the extramental world in urban areas where intellectual anarchy imitates the shifting slogans of modernity, effecting changes and alterations in the meanings of key terms that reflect our system of values. Meanings reflecting reality and truth whose transparency was known to our experience and consciousness have now begun to become opaque in minds confused, unable to distinguish between true and false and right and wrong, held captive in the ambit of ambiguity.

Thought is expressed by symbolic forms articulated in language, and thought that is thus confused articulates itself in erroneous language that if allowed to gain currency will ultimately effect semantic change in the major key terms of Islam that project the worldview. It is therefore incumbent upon the learned and the wise among Muslims who possess command to take counsel with experts who possess authentic knowledge of Islam and of the challenges to the integrity of its worldview in order to prevent social aberrations in belief and in practice.

Since its first publication by the International Institute of Islamic Thought and Civilization, Malaysia (ISTAC) in 1995, several parts of the Prolegomena to the Metaphysics of Islām have been translated into various languages. The Introduction has been translated into Persian; Chapter I into Arabic, Persian, Turkish, Serbo-Croatian, Macedonian, Albanian, Urdu, Malayalam, Mandarin, Japanese, Korean, Malay and Indonesian. Chapter II into Arabic, Turkish, German, Italian, Albanian, Serbo-Croatian, Macedonian, Mandarin, Malay; Chapter III into Persian, Turkish, Serbo-Croatian, Macedonian, German, Indonesian; and Chapters V, VI and VII together into Persian. The entire book has been translated into Russian under the auspices of the Institute of Islamic Civilization, Moscow, in collaboration with the Russian Academy of Science and its Institute of Philosophy in Moscow in 2001. A complete translation of the book into Turkish and Bengali has also recently appeared.

I. Islām: The Concept of Religion and the Foundation of Ethics and Morality

II. The Meaning and Experience of Happiness in Islām

III. Islām and the Philosophy of Science

IV. The Nature of Man and the Psychology of the Human Soul

V. The Intuition of Existence

VI. On Quiddity and Essence

VII. The Degrees of Existence