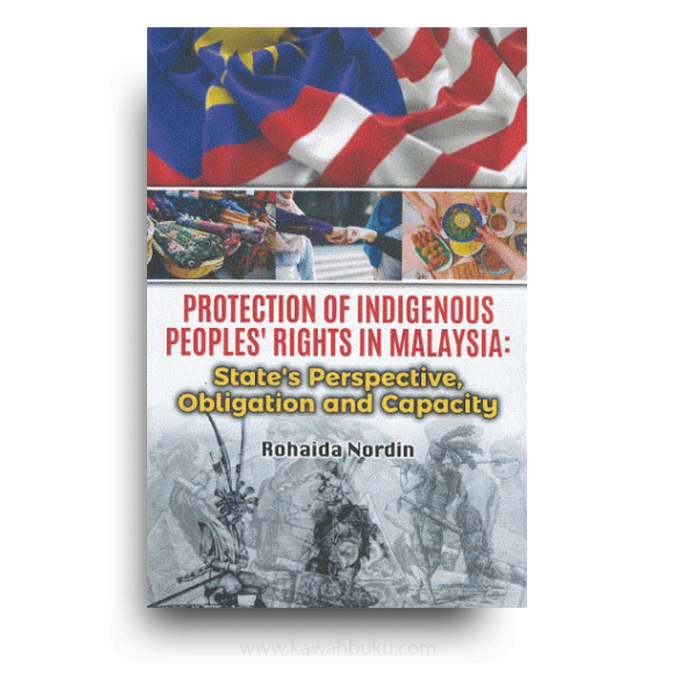 ROHAIDA NORDIN holds a Ph.D. in Law of Lancaster University, United Kingdom. She specializes in International Human Rights Law and the rights of indigenous peoples. She is currently serving at the Faculty of Law, Universiti Kebangsaan Malaysia as an associate professor.

Protection of Indigenous Peoples’ Right in Malaysia: State’s Perspective, Obligation and Capacity examines to what extent domestic factors determine the scope of the legal and judicial recognition of the indigenous peoples’ rights. It will investigate differences between the legal and judicial safeguards, and the actual enjoyment of the rights of the indigenous peoples and identify the cause of such differences. In other words, it will demonstrate the difference between law-in-the books and law in-practice.

Discussion in Protection of Indigenous Peoples’ Right in Malaysia: State’s Perspective, Obligation and Capacity considers the perspective and ideology of the Malaysian government towards human rights. With regard to sovereignty, the Malaysian government views the issue of the protection of indigenous peoples’ rights or any other human rights in general, is a domestic issue within its exclusive control. Despite its existing human rights ideology, Malaysia may be said to have legal obligations, under either treaty or customary international law, to observe international standards, including any obligations and commitments that have been made by Malaysia under the UN Charters.

However, the ability of Malaysia to effectively discharge its responsibilities and observe its obligations in the area of human rights depends predominantly on the strength of its domestic institutions, the judiciary, the executive, and the legislature. This book demonstrates the importance of the State government to have capacity building and resources. and political will to adopt and implement any international human rights standards or even to implement any of its domestic laws and policies.